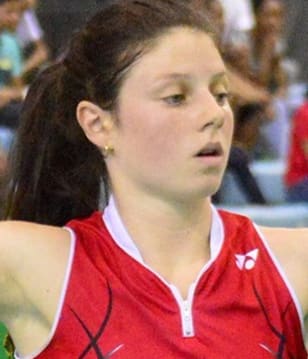 Professional Since: In 2012 I joined the peruvian national team and started training there, but had my first international championship before in 2011, Colombia (South American junior tournament)

Any previous Olympics Games competed in and results?
"none"

When and where you began playing, and why this sport?
"Began playing in Regatas club, Lima Peru in 2010 when I was ten years old. Started playing because of my father who played and was part of the Peruvian team before. I started training in the academy and liked it so I never quitted since then and it got me to where I am today."

Your equipment sponsor and current racket model?
"none"

Sporting awards / Honours (so far)?
"Multiple recognitions by the Instituto Peruano del Deporte for being part of the best athletes in Peru"