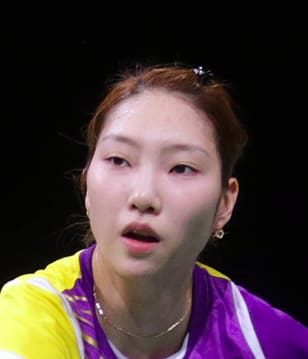 Professional Since: In 2009, Korea Open.

When and where you began playing, and why this sport?
"In elementary school, 3rd grade (10 years old), I wanted to play the sport as I like it and found it interesting to learn. And the more I learn about the sport, the more I like it."