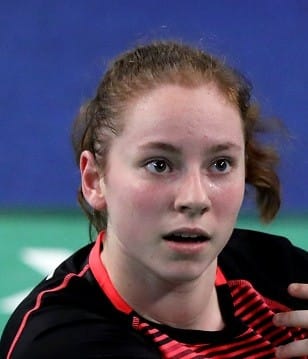 Place of Birth: Nieuwegein, the Netherlands

When and where you began playing, and why this sport?
"I began playing badminton at a small club in my hometown Houten. My brothers both played badminton, I always watched their practise and then asked my parents if I could play too."