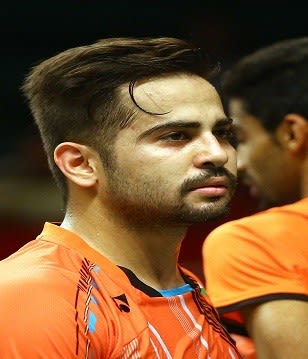 International Debut: QUARTER FINALS OF THE ASIAN GAMES 2014, FINALS IN THE US OPEN GPG 2015.

When and where you began playing, and why this sport?
"Started playing when i was 10 years old, at the sports stadium, Meerut. My dad was an athlete too so he was a great motivation for me to take up the sport."

Memorable sporting achievements?
"Quarter finals in the Asian Games 2014. US Open Finals in 2015."

Sporting ambitions?
"To win a medal at the Olympic Games."

30 October, 2019
Indians Seek to Consolidate Place at the Top