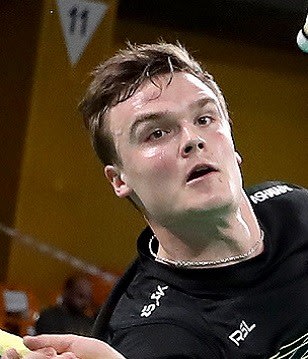 Any previous Olympics Games competed in and results?
":never been to olympic games"

When and where you began playing, and why this sport?
"when I was 5 years. In Odense (Denmark). Because my family was playing"

Memorable sporting achievements?
"when I won Finnish international senior in MD 2014 together with Mathias bay-smidt"

Sporting ambitions?
"reaching OL and to be one of the best in the world"