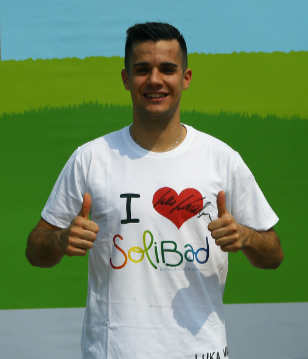 Professional Since: at the age of 9

When and where you began playing, and why this sport?
"at the age of 8 I went to a local club and fell in love with the game at my first practice"

Sporting ambitions?
"performing well at the Olympic Games in Tokyo, becoming one of Europe's best"