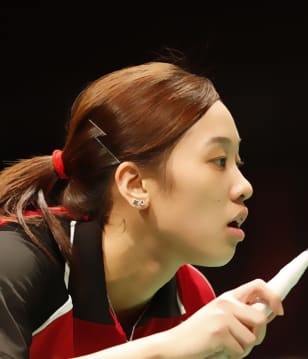 Professional Since: I became a full time player in 2008.

Any previous Olympics Games competed in and results?
"9th in 2012"

When and where you began playing, and why this sport?
"10 years old in Hong Kong, I attended a class and became interested in it."