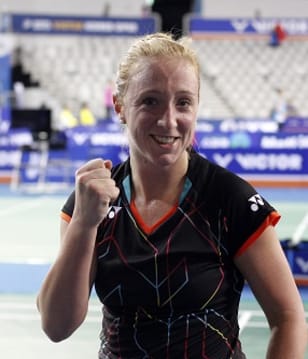 Professional Since: When I was 8 years old I started playing competitively with other youth players

When and where you began playing, and why this sport?
"I started playing when I was 6 years old. My parents also played badminton and I wanted to try it aswell. I loved it so much so i kept playing and practise more and more each year"

Your equipment sponsor and current racket model?
"No sponsor at the moment"

Sporting awards / Honours (so far)?
"Win a award for the best athlete in my hometown"

Sporting ambitions?
"Win a medal at the olympics"