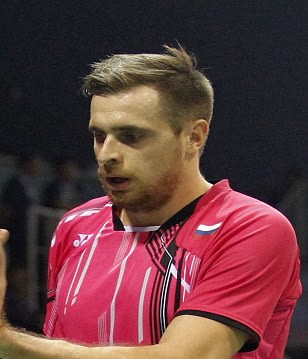 Professional Since: In 2003, I started representing my club to compete in the national league.

When and where you began playing, and why this sport?
"In Chelyabinsk Russia in 1995. I've seen the sport on TV and I decided to try it myself."

Sporting awards / Honours (so far)?
"He and doubles partner Ivan Sozonov received the 2016 Badminton Player of the Year award by vote organised by the National Badminton Federation of Russia [NBFR]."