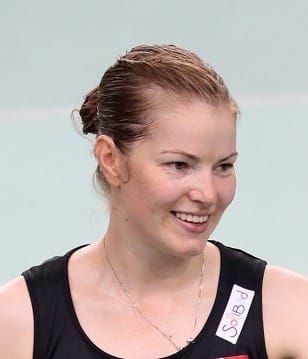 Professional Since: Played my first senior international tournaments in 2005

When and where you began playing, and why this sport?
"I started playing badminton 6 years old because my mom and dad played"

Sporting ambitions?
"Staying in the absolute world class in both ladies double and mixed like we are now"