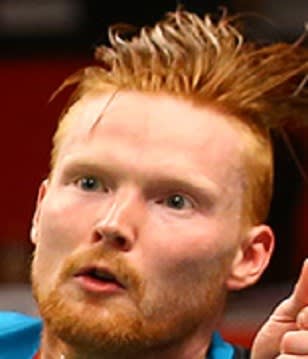 Any previous Olympics Games competed in and results?
"2016 out in the group play"

When and where you began playing, and why this sport?
"I started playing badminton when I was 10 years old in Emmadoda Badmintonclub. I started because my father was playing twice a week, so I followed him to the hall and started playing."

Sporting ambitions?
"I want to win medals in the major Championships, and to be as good a badminton player as I can."