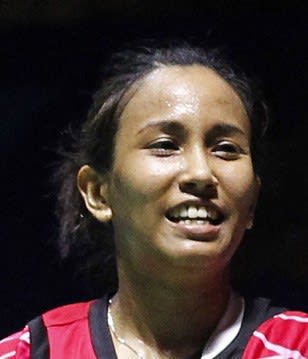 When and where you began playing, and why this sport?
"I was 8 years old when I begin playing badminton and it was because of my sister and mother, I began playing actively."

Sporting ambitions?
"To qualify for the 2016 Olympics"