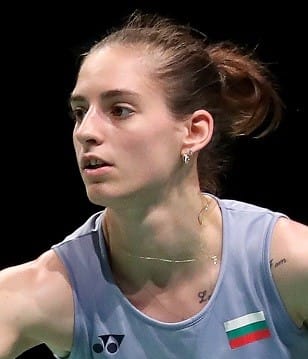 Any previous Olympics Games competed in and results?
"Swiss Open 2015 round last 16 being leaded 10-19 and winning the game and match against Japan."

When and where you began playing, and why this sport?
"2004 in Haskovo School/Club. A friend/neighbour took me there."