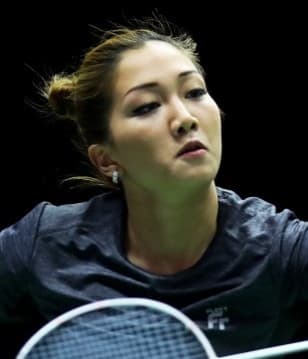 Professional Since: My first Junior competition was at the age of 12.

When and where you began playing, and why this sport?
"I began playing in Mauritius when I was 6 years old. My whole family plays and they initiated me."

Sporting awards / Honours (so far)?
"Sportswoman of the year 2015 in Mauritius"