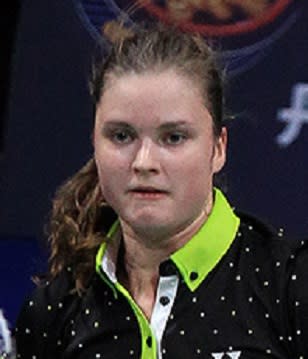 Professional Since: When I was 12 . It's was junior competition

When and where you began playing, and why this sport?
"When I was 7 , I began to play badminton In Nizhniy Novgorod ,because my father and sister were badminton players"