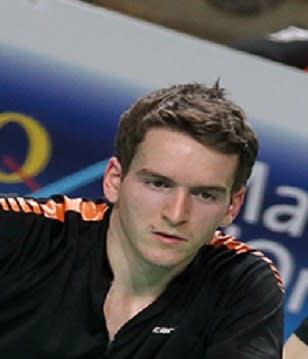 Professional Since: My first competitive tournament was a local county closed competition which I really enjoyed and managed to do rather well.

When and where you began playing, and why this sport?
"I began playing at a local club because my mother enjoyed playing and took me to the club. I really enjoyed all racket sports at the time however developed a love for the game and decided to take it up competitively."

Memorable sporting achievements?
"Competing in the World University Games in Kazan in 2013 was a very memorable event. I found the atmosphere electric and managed to really step up my game and put in a great performance in the quarter-finals of the individual event against home favourites, Ivanov/Sozanov."

Sporting ambitions?
"To compete at major games such as the World Championships and hopefully in the future, the Olympics. I thoroughly enjoy competing and find that the tougher the opponents, the harder I manage to push myself so I would love to compete at the highest level."