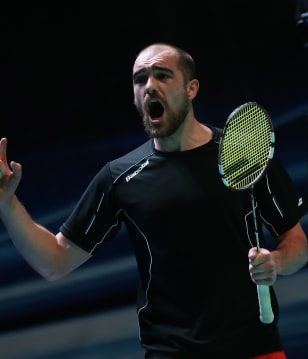 Any previous Olympics Games competed in and results?
"Beijing 2008 (1st Round)"

When and where you began playing, and why this sport?
"I started playing in Dublin, Ireland. My dad has a sports shop in the main badminton center in Dublin and my brother and I used to go there with my dad when we were young to play while he was working. Any chance we got to go on court we would be there!"

Sporting ambitions?
"Breaking into world top 20. Being consistant in the World Superseries and beating the best in the world. European medals. World medal, Olympic medal."