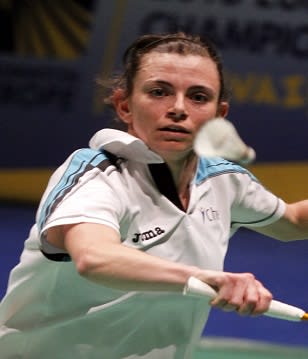 Professional Since: In 2000, I started representing Portugal Team in Finlandia Cup.

When and where you began playing, and why this sport?
"I started playing badminton in 1992 in Peniche, the city where I live. I chose badminton through my uncle, who represented Portugal in the Barcelona Olympics and because badminton is a fantastic sport. Currently I like the competition, the opportunity to play with different players in different countries, to always be better and to overcome my limits."

Sporting ambitions?
"To compete in the Olympic Games (London 2012), try to get 10 National Champion titles, and to win international tournaments."