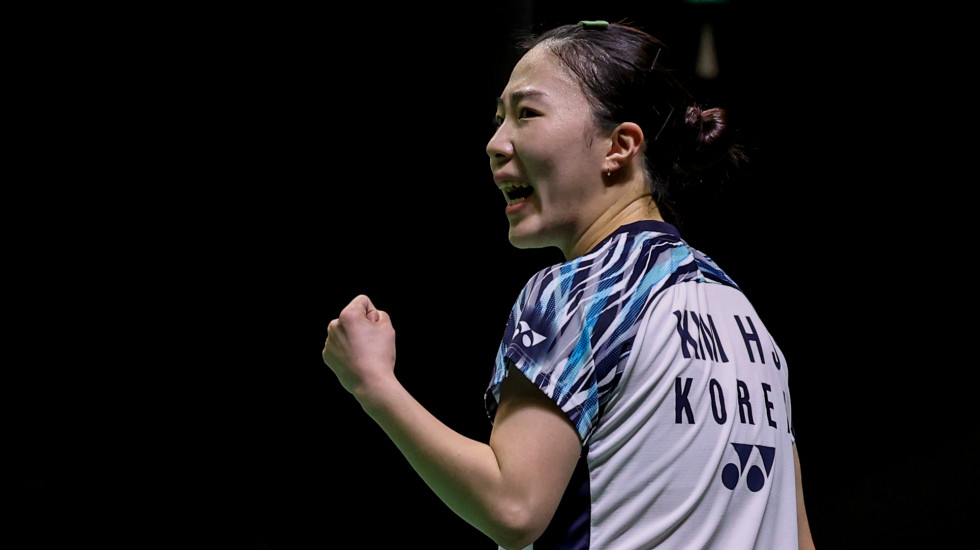 When Kim Hye Jeong entered the Japan Open back in August, she had one task on her mind – to see her name on the trophy that had her mother’s.

Coming through a mighty battle 23-21 28-26 with Jeong Na Eun against compatriots Baek Ha Na/Lee Yu Lim in the final in Osaka, she got her wish. Proudly holding her coveted prize in the mixed zone, the 24-year-old could not contain her joy as she revealed: “I had that fire burning inside me to win.

“Now I get to see my name engraved on the trophy like my mum, which means a great deal to me, and my family.” 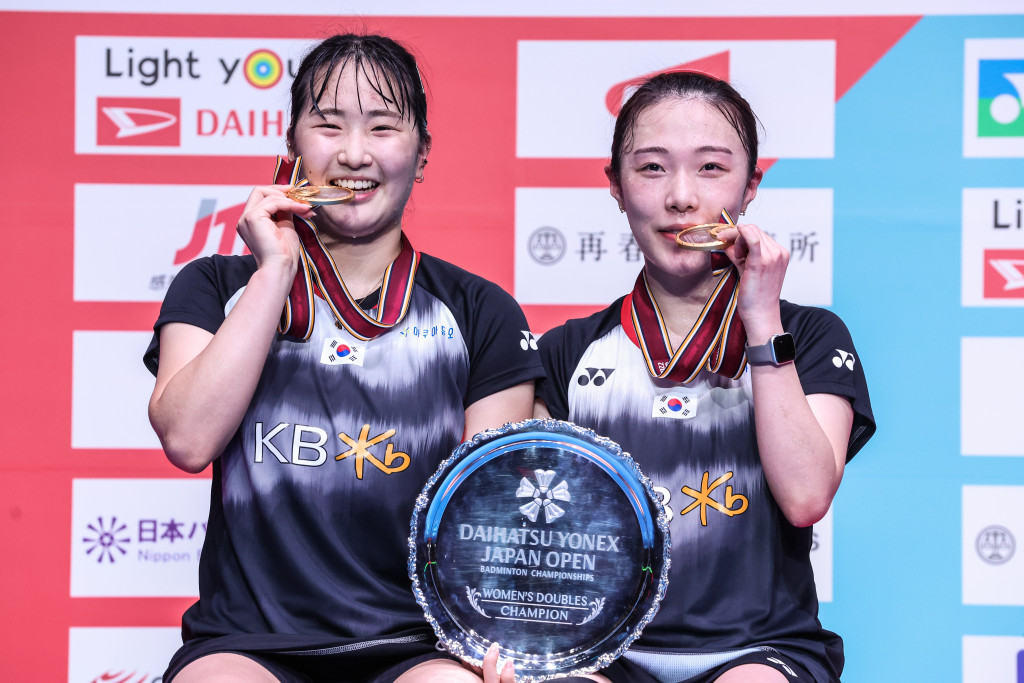 Kim (right) and Jeong with their first Super 750 title.

Kim’s mother Chung So Young is a four-time Japan Open winner in women’s doubles, with her first title coming in 1988 with Chung Myung Hee.

“Her reaction when I returned from Osaka was one of pride. I felt she would cry watching me win, and she did. By winning the Japan Open, I set myself up to follow in the footsteps of my mother. With a role model like mine, I can’t go wrong,” said Kim.

Chung’s list of achievements stretches far beyond her happy hunting ground of Japan. At badminton’s Olympic Games debut at Barcelona 1992, she took the women’s doubles gold. Among her numerous accolades, she also collected five All England women’s doubles titles (1988, 1989, 1991, 1993, 1994) with four different partners. In total, with no fewer than 13 partners, the Korean legend won over 40 titles in women’s and mixed doubles. 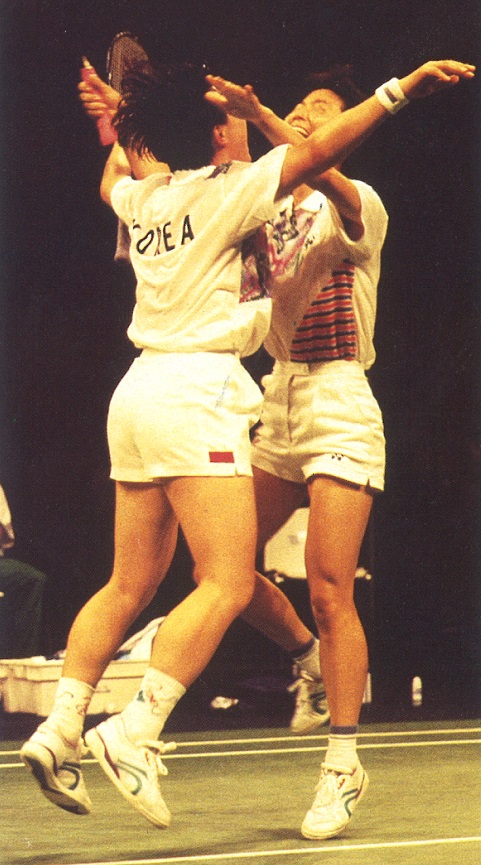 “My mum has always been my role model. All her achievements over the years are incredible. Growing up, I wanted to be like her. That’s why I’ve trained so much in badminton all my life. If possible, I’d like to be better than her,” added Kim.

“We play in different positions, she was at the back court while I like to play at the net. I don’t often reveal too much about my matches to my mum as it would stress her out. She’s always a guide in tough moments but she’s a mum first.”

Kim, 24, is not done putting smiles on her mother’s face.

“I just want to make her proud and I hope, at the Paris 2024 Olympics, she can watch me compete.”