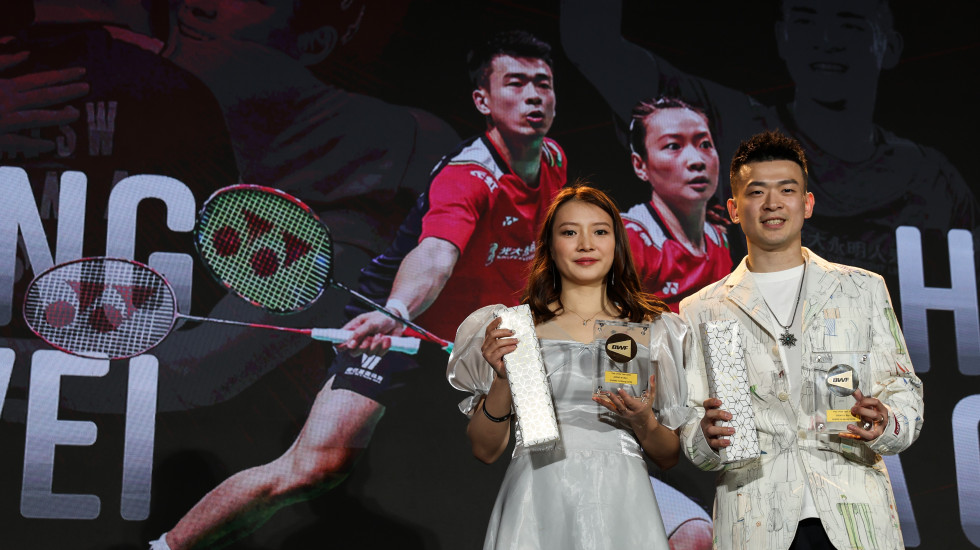 Viktor Axelsen and Zheng Si Wei/Huang Ya Qiong’s extraordinary dominance this season was honoured as they won the BWF Player of the Year Awards in their respective categories.

Axelsen won BWF Male Player of the Year for sweeping nearly everything in his path. During the eligibility period from 1 November 2021 to 31 October 2022, Axelsen won nine titles, including his second TotalEnergies BWF World Championships crown, which was achieved on the back of three consecutive HSBC BWF World Tour titles.

“Winning this award at the end of the year means a great deal. It’s a recap of the whole year, and when you win this award with so many great nominees and amazing opponents, I’m really, really happy. Thank you so much to all the guys who thought that I deserved this,” Axelsen said.

Denmark’s Axelsen was named for the honour ahead of 2021 world champion Loh Kean Yew and Asian champion Lee Zee Jia.

Like Axelsen, China’s Zheng/Huang were nearly unbeatable in mixed doubles, with nine titles, and received the BWF Pair of the Year ahead of Dechapol Puavaranukroh/Sapsiree Taerattanachai, Chen Qing Chen/Jia Yi Fan and Aaron Chia/Soh Wooi Yik.

The Chinese enjoyed a glorious winning streak of seven titles in succession, culminating with their third World Championships gold. 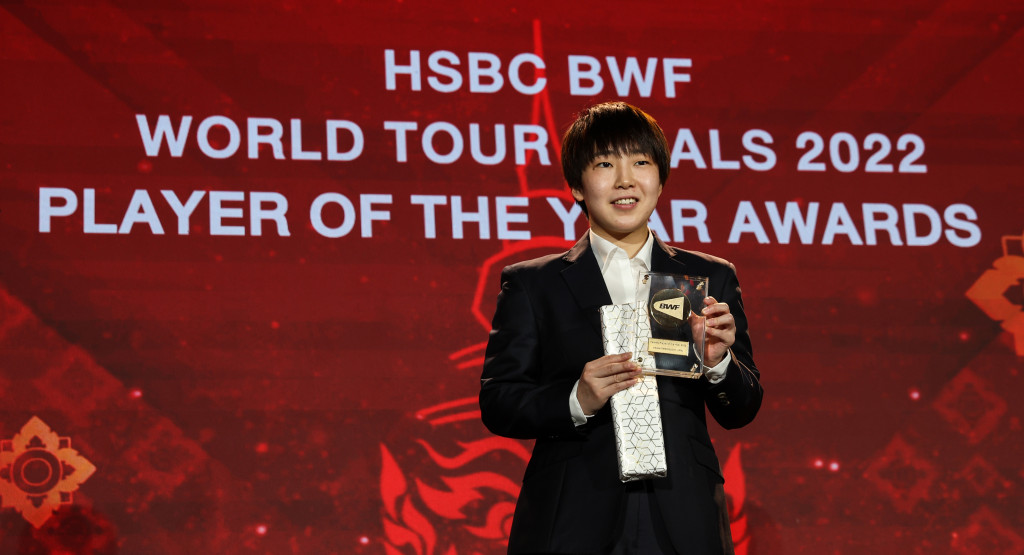 The BWF Female Player of the Year was won by Japan’s Akane Yamaguchi, who achieved the rare honour of winning back-to-back World Championships titles within a nine-month period. She also won two other titles – the YONEX All England Open 2022 and the DAIHATSU YONEX Japan Open 2022. The other contenders were An Se Young and Tai Tzu Ying.

“It’s the first time receiving this award and I feel really honoured and happy,” said Yamaguchi.

Fajar Alfian/Muhammad Rian Ardianto’s superb consistency through 2022, when they made eight finals and won four, saw them named the BWF Most Improved Players of the Year. The Indonesians won the honour ahead of HS Prannoy and Jeong Na Eun/Kim Hye Jeong.

Japanese 21-year-old Kodai Naraoka, who had a meteoric rise in 2022, won the Eddy Choong Most Promising Player of the Year. Naraoka made four finals and won the Vietnam Open.

“Winning this award motivates me to reach a new level and win the next competition and become an international star in the coming years. I’ve been working on a lot of things this year and working hard, so this award makes me very happy,” said Naraoka. 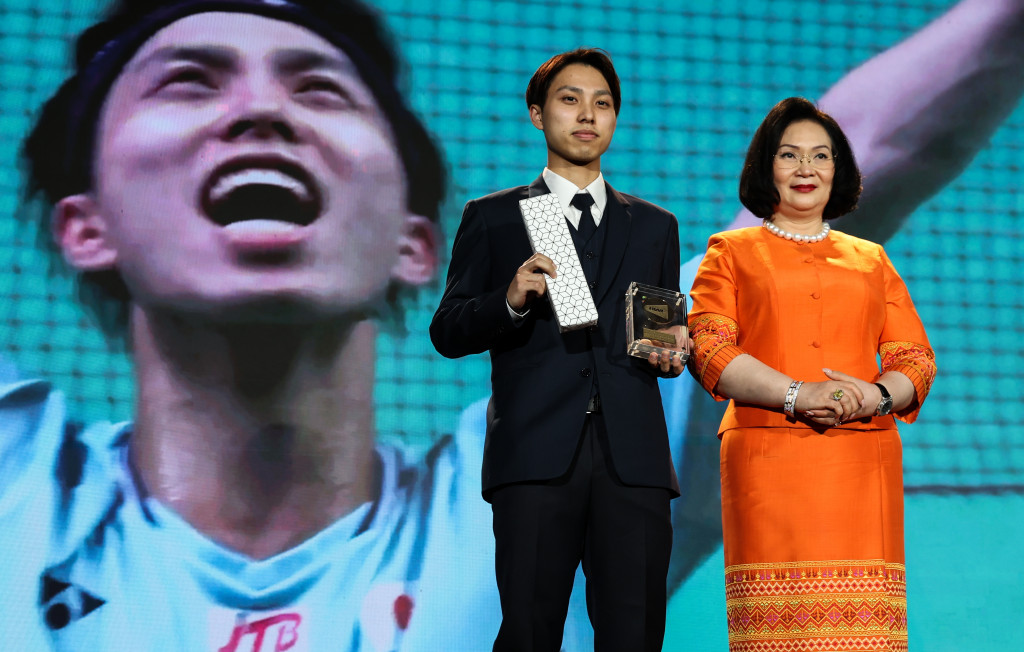 Big things ahead for Kodai Naraoka.

In Para badminton, the BWF Awards Commission gave special allowance for the HULIC DAIHATSU BWF Para Badminton World Championships 2022, which concluded on 6 November, to be included in the list of eligible tournaments.

Germany’s Thomas Wandschneider and Rick Cornell Hellmann, world champions in WH1-WH2 and winners of three gold, two silver and a bronze, were named BWF Para Badminton Pair of the Year, capping a fine year for Wandschneider, who became the oldest Para badminton world champion at 58.

“It’s very important to keep consistent in sport, so I hope to keep competing for the next four to six years. I’m the oldest player in the world to win the BWF Para Badminton World Championships and I hope it’s possible I win the same title at the Paris 2024 Paralympics,” said Wandschneider.