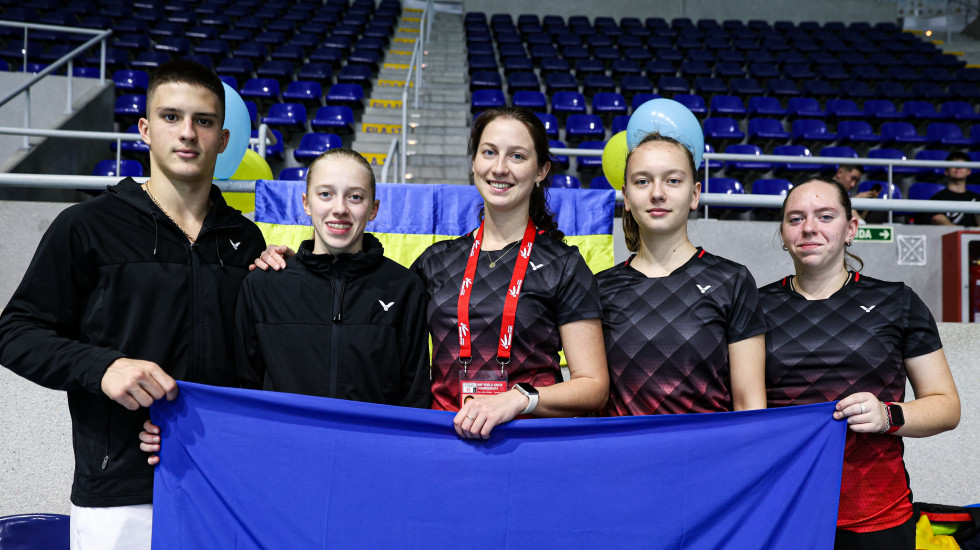 On any given day, the news from home is grim. Scattered all over the world, members of the Ukrainian team struggle with the reality of living displaced lives while a war rages on at home.

Taking on powerhouses Japan on the opening day of the BWF World Junior Mixed Team Championships 2022 in Santander, Ukraine knew it would be an uphill battle. Japan closed it out as expected, 5-0; for Ukraine coach Anna Kriuchkova, there were lessons to be learnt and implemented for the future.

“Japan is a very strong team but I thought that in each game there were little moments when we did something good; we will try to develop it in future,” said Kriuchkova.

“We approach every tournament wanting to win, and I just wanted our players to do their best.” Ever since the war began at home, Ukraine’s players have relocated to various countries. Some in the junior team are based in Malaysia; others in Sweden, Denmark, Germany, France, Czech Republic and Bulgaria. Like their seniors, the junior players too have had to quickly adjust to a new life, living and training in unfamiliar places, while feverishly following the news from home.

Today, for instance, they came on court knowing that Kyiv was being bombed.

“The war is going on every day and we are nervous,” said Kriuchkova. “The last seven months have been horrible. We just wait for the war to stop. I can’t tell the players not to think about it, because it’s impossible, because that’s first priority. Second priority is badminton. Badminton is when they can rest their minds from the war, and it saves us.

‘The opportunity for us to be here at this difficult time was due to the efforts of our ministry, federation, coaches and parents. We are grateful to everyone and try to adequately represent our country.”

Men’s singles player Mykhailo Vyshnevyi hasn’t given up on his badminton ambitions despite having relocated to Sweden.

“It has been difficult, but badminton has helped me because we’re doing something. People sit at home and do nothing, because you’re thinking about the war all the time,” he says.

“I started badminton when I was five. My father wanted me to get into badminton because it’s not just a physical game, it’s a smart game. Some day I want to be on top.” 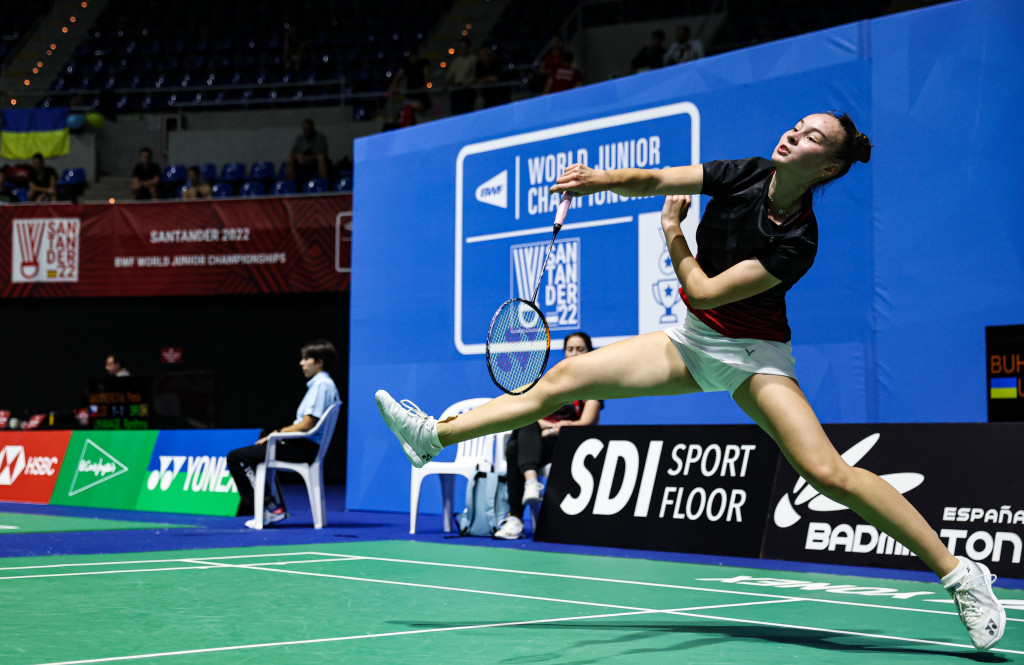 Doubles player Nikita Yeromenko is thankful for the help he has received in Denmark. He continues to nurture his ambition of playing the Olympics.

“Of course it’s difficult, you’re always thinking about it. But we’re trying to do our best,” he says. “Sometimes it’s nice to come to training and not think about this, and you try to do the best in training. But after that when you look at the phone, it’s difficult.”

As for Oleksii Titov, who has been in Sweden for seven months now, “badminton helps keep my worries away for a while… I’d like to be a professional badminton player. Hopefully after the war I can get back home.”

Even with the ongoing tumult of war, Kriuchkova is able to pick out beautiful moments from her relationship with the players, and her experience as coach.

“I became coach 12 years ago. The players who play here, the girls, I taught them from the first session onwards. I dream that they can continue to grow up.

“I try to develop my players as high as possible. When they lose and when they win I feel their emotions. I want to achieve results that nobody from Ukraine has achieved yet. I like this job because I do something and they back me. They’re trying to do their best and this feeling is very good.”