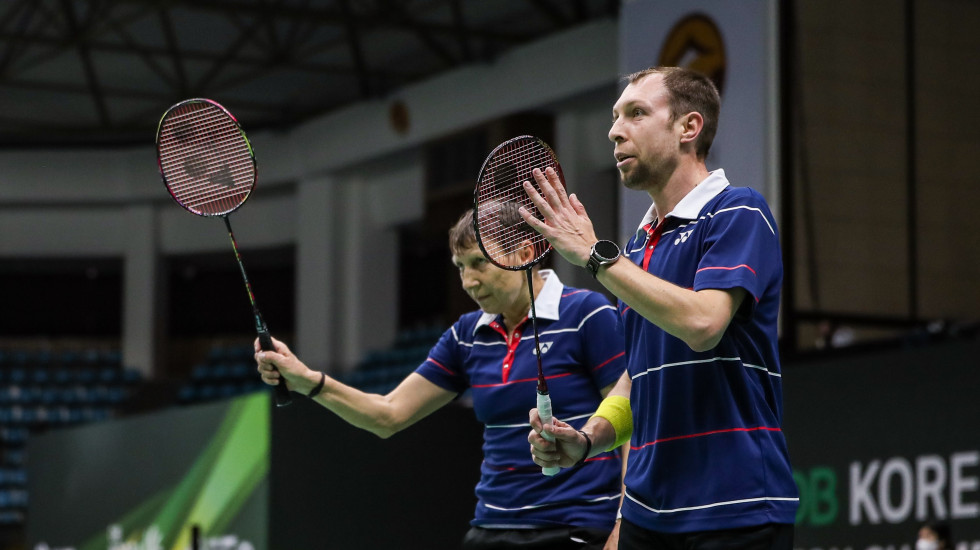 At the TotalEnergies BWF World Championships 2022 in August, 64-year-old Svetlana Zilberman became the oldest player to win a match in competition history.

The Israeli and her 33-year-old son Misha picked up a three-game victory over Egyptians Adham Hatem Elgamal/Doha Hany to open their mixed doubles campaign before bowing out in the next round. Her achievement, unsurprisingly, got the badminton community talking.

The Zilbermans’ journey, however, started with Misha’s dad Michael in the Soviet Union, when an injury forced the gymnast to make a career switch to badminton coaching.

“He went to schools and my mum came to his place, so he started coaching her,” recalled Misha. “He improved and became the national coach at the USSR and she moved there to be a player. So as a boy, it was natural I played badminton.”

During her younger days, Svetlana won women’s singles bronze for the Soviet Union at the 1986 European Championships. After moving to Israel, she became a 39-time winner of the National Championships across three categories.

Misha on the other hand, started representing Israel at junior tournaments in 2003.

But how did mother and son end up as a mixed pair on court?