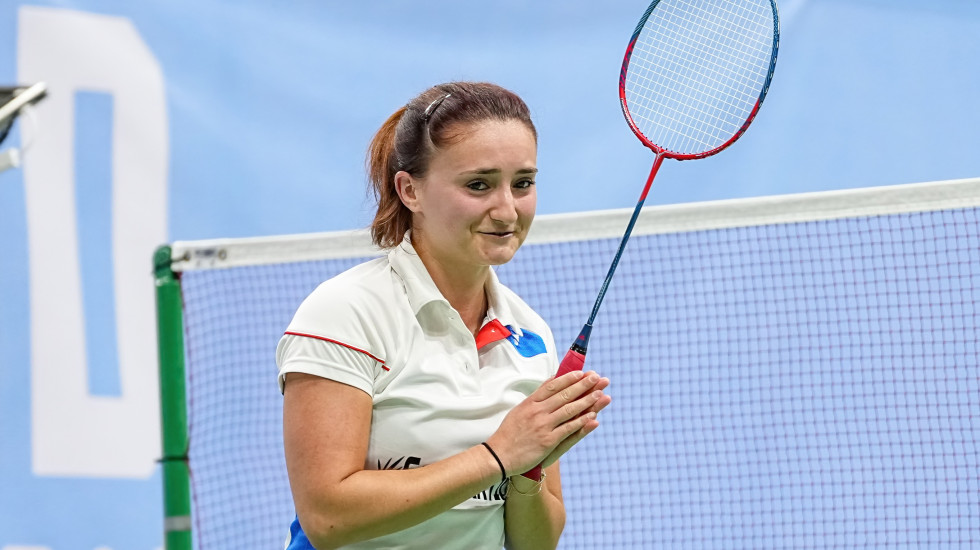 “Positive thoughts helped me win,” said Bergeron, who took the match 21-19 10-21 22-20 a day after a straight games defeat to Darunee Henpraiwan. “I turned all the wrong moves from yesterday into wins and I didn’t think of her as champion.

“I study every opponent. I knew I had to set up shots to the far back of the court because she doesn’t move to the front fast enough. Then I get my winning shot.”

Joshi commented: “It was just not my day. I made a lot of unforced errors and couldn’t control the shuttle. She played well, always following her coach’s instructions.” 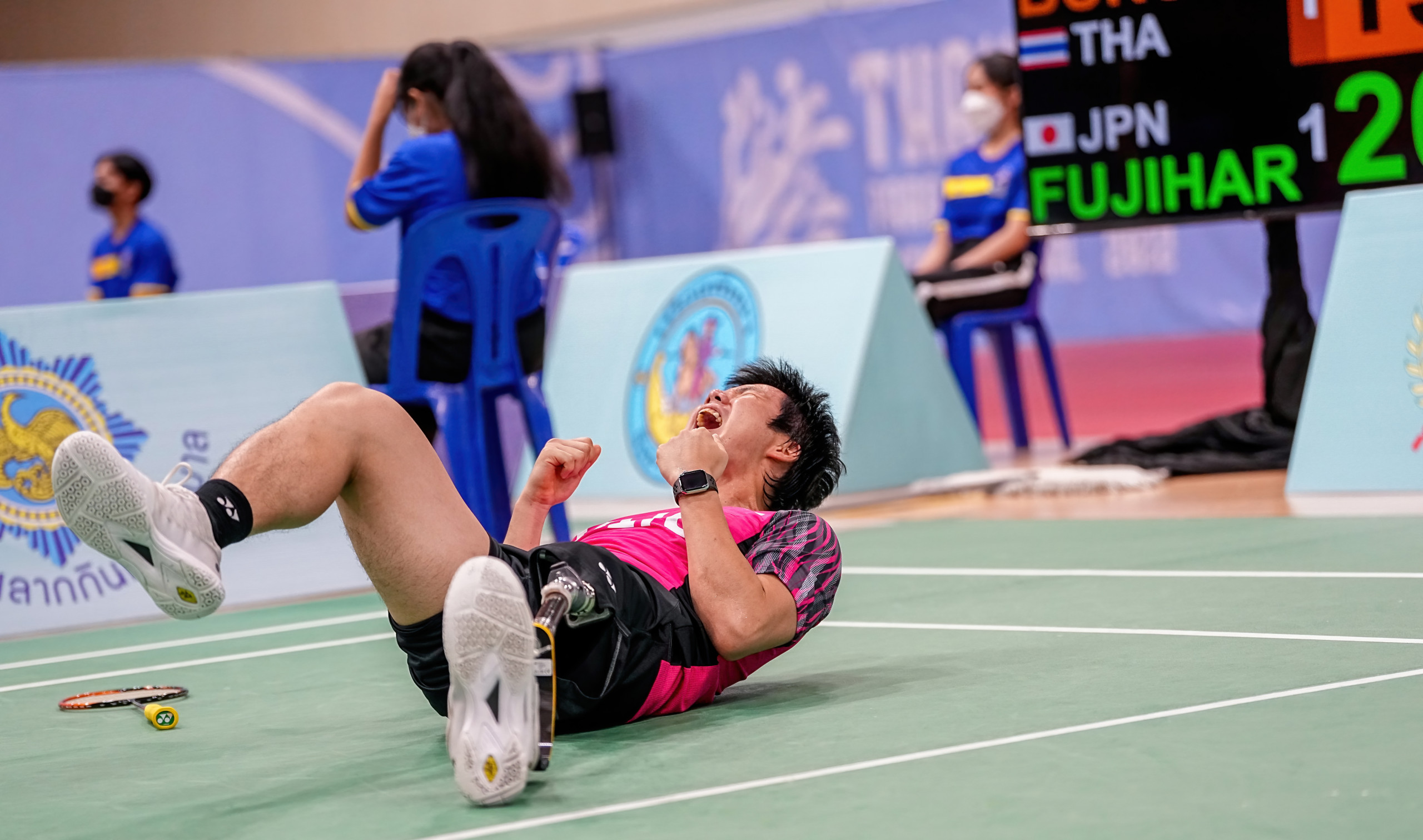 Joy in pain for Fujihara.

Daisuke Fujihara relies on careful planning and hours of training to get through his signature long matches in SL3 men’s singles.

Fujihara battled Mongkhon Bunsun (Thailand) for 95 minutes and was leading 18-16 in the decider when he fell over with a cramp in his right leg, requiring medical assistance. He was back up a couple of minutes later and won 15-21 21-12 21-19.

“I like rallies. My structure is short and rallies are better against taller players. I take my time to set up shots to win a point but that also means matches can go on for long,” said Fujihara, who lost an 85-minute tussle yesterday.

With only the men’s singles to focus on, Fujihara is gearing up for his biggest test with India’s Pramod Bhagat.

“I’m not scared. The last time I took him to three games and lost but they were close. I’ll recover and be ready for any player.” 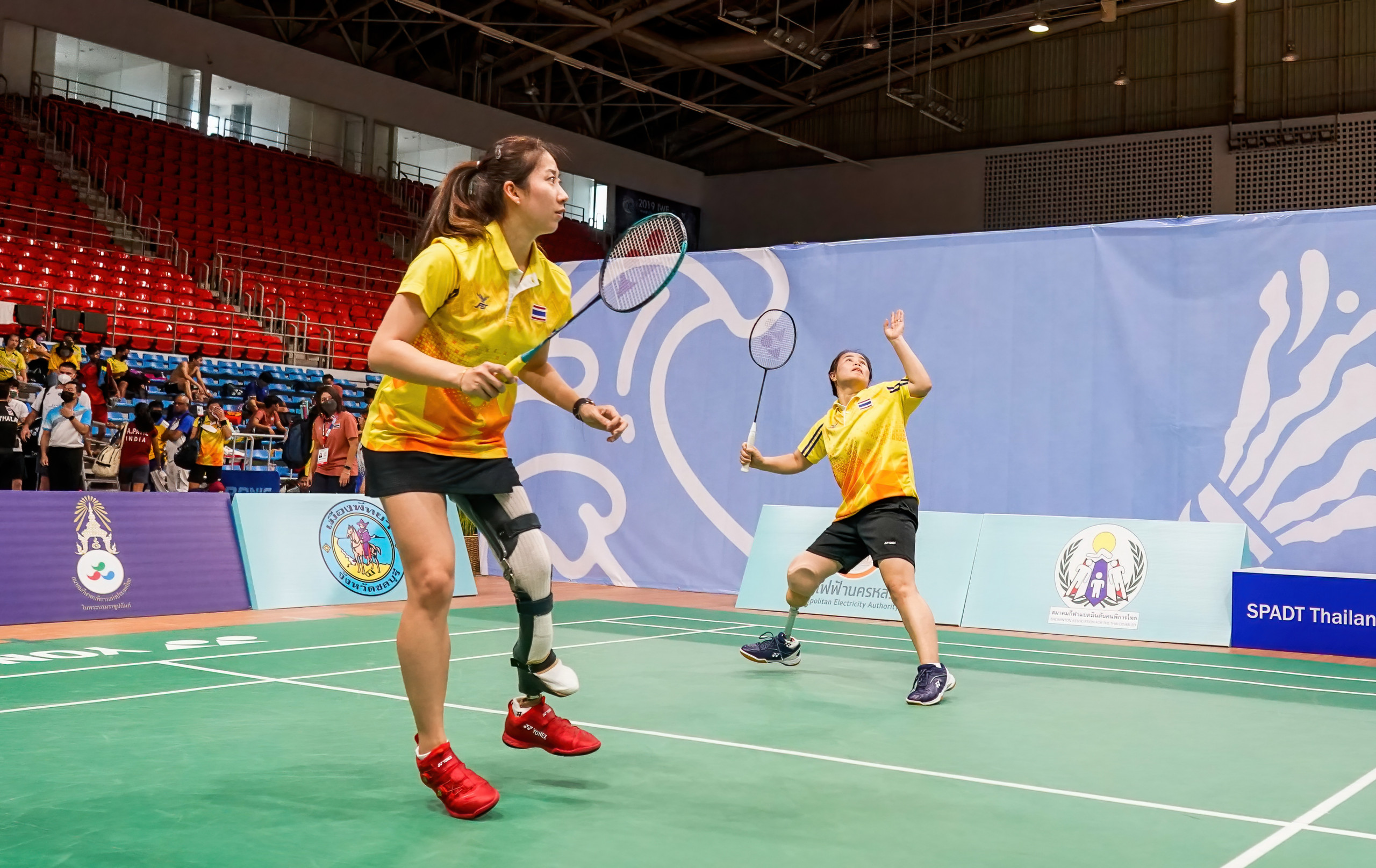 Pooling a Decade of Talent

As the second seeds, there is the potential of a clash with top seeds Mandeep Kaur and Manisha Ramdass (India).

“Sometimes it’s easy to lose focus because these new and young players we’ve never played come at us with different styles,” said Srinavakul, 36.

Saensupa, 40, added: “With Chanida’s strong smashes, my controlled drop shots and our combined experience, we can take them on.” 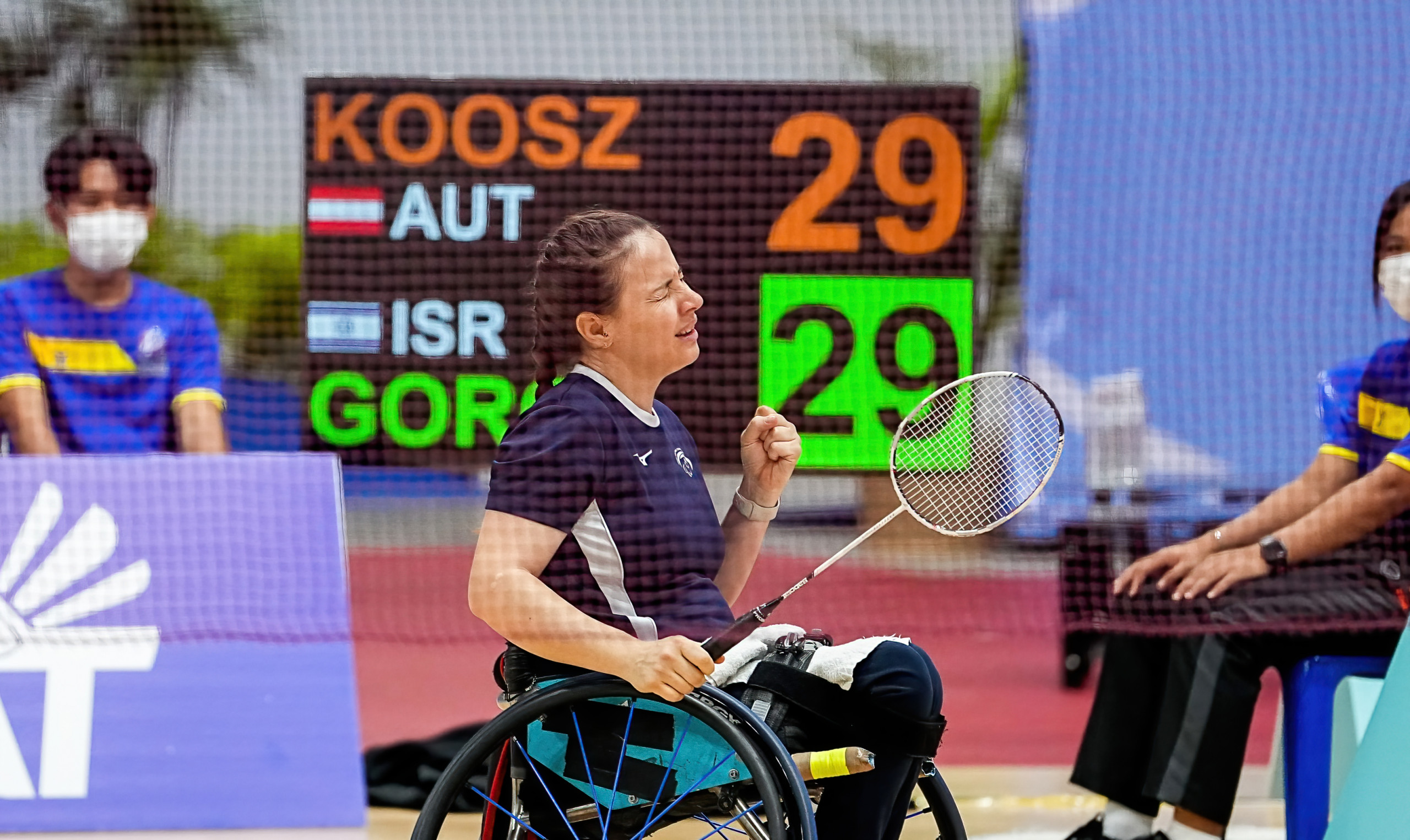 Gorodetzky breathes a sigh of relief.

Israel’s Nina Gorodetzky was probably more relieved after getting through the first WH1-2 women’s doubles game 30-29 than when she finished with 21-11 against Henriett Koosz.

“All I did was concentrate on one point at a time. I didn’t think about my opponent because I know her skills. I didn’t change tactics because I was too afraid to take that risk,” admitted Gorodetzky.

The lone representative from Austria, Koosz said: “I’ve never reached this point. After that I was uncomfortable in the second game as the air conditioning was coming my way and it was harder to hit back.”

She returns to the venue tomorrow as Gorodetzky’s sparring partner.

“I have no more matches but I know what it’s like to be without teammates and coaches. We’ve been friends for a long time so I’m happy to help.”