Paralympic gold medallist Cheah Liek Hou is not taking things for granted despite extending his unbeaten run over the weekend at the 4 Nations Para Badminton International.

The 34-year-old’s mind is already on his next task – the Asean Para Games in Surakarta, Indonesia starting on 30 July.

“It will be a big challenge because Dheva Anrimusthi, who I was up against in the Paralympic final is competing. He has the home advantage,” Cheah, who overcame the Indonesian to become badminton’s first ever Paralympic gold medallist last year, told Bernama.

“I hope there will be no injuries before we go there and in Indonesia.”

The next event on the calendar is the Thailand Para Badminton International 2022 from 16-20 August. 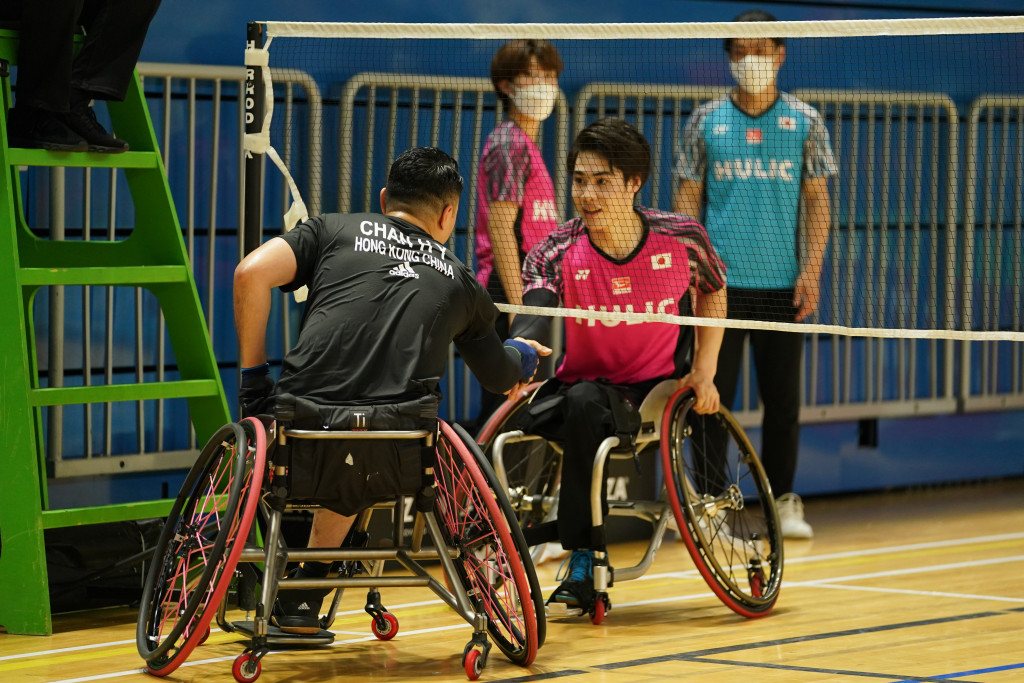 Chan congratulates Kajiwara after pulling out.