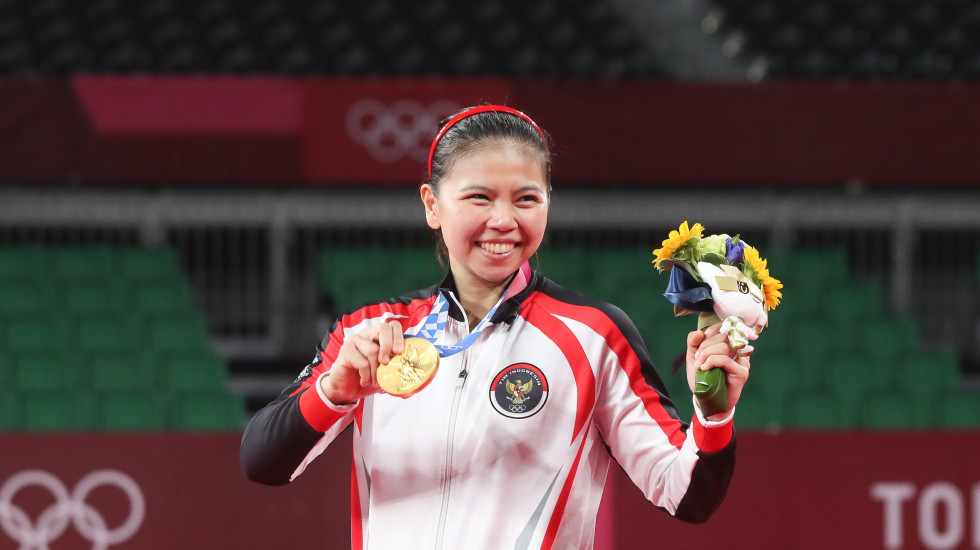 Polii on the podium at the Tokyo 2020 Olympic Games.

Greysia Polii‘s Olympic career took her from her darkest place in 2012, through injury and personal sorrow, to the pinnacle of success at the Tokyo 2020 Olympic Games.

To commemorate Olympic Day, the badminton soldier looks back on her remarkable Olympic journey, which culminated in a gold medal finish in the Japanese capital last summer.

“It’s a time in my life I will always remember,” said the 34-year-old, who combined with Apriyani Rahayu to defeat Chen Qing Chen/Jia Yi Fan in the final.

“I was overwhelmed with emotions. We both were,” she added, reflecting on her post-match celebration. 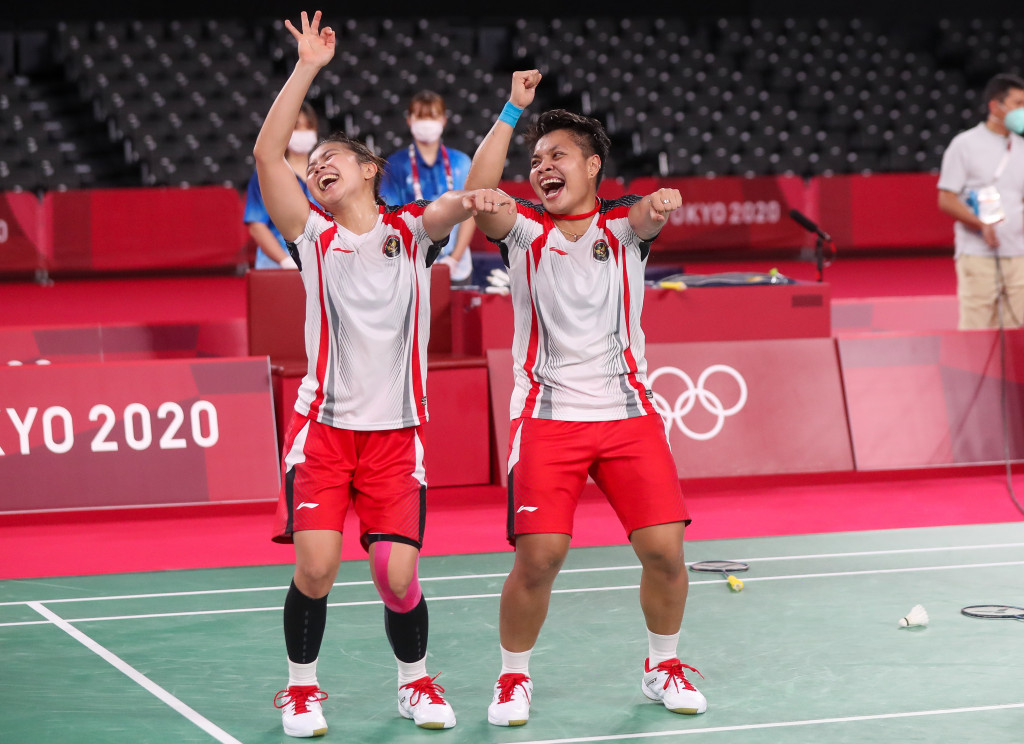 Polii (left) and Rahayu’s celebrations were shown across the world.

“We were leading in both games and I told Apriyani to keep calm and not rush. Don’t think about getting to 21 points, but also think about 21 points, as that means gold. The Olympics have taught me to never give up on my dreams. I finally have a gold medal in my hand, and I’m really proud of it.”

It is a moment that will forever be etched into the minds of Indonesians – the duo becoming the first women’s pair from their country to take home badminton gold.

But the road to the summit was far from easy.

At London 2012, Polii and then partner Meiliana Jauhari, along with two Chinese and two Korean pairs were disqualified for “not giving their all” on court. That event proved the catalyst for Polii to pursue her Olympic dream.

“That was a very difficult time. I was stuck in a corner. The thought ‘Greysia Polii is hopeless’ haunted me. But there were people who believed in me.”

Following the retirement of Jauhari in 2012, Polii teamed up with Nitya Krishinda Maheswari a year later, and the pair reached a career-high of world No.2 in 2016. Making her second Olympic appearance at Rio 2016, the pair topped their group, only to be edged out by Chinese duo Tang Yuanting/Yu Yang in the quarterfinals.

Following a serious knee injury that same year, Maheswari retired. Polli contemplated hanging the racket herself, but when Rahayu was inducted into the national team in 2017, she seized the opportunity to ‘run with her’. The new pairing clinched the 2017 French Open crown, marking a turning point for the then 30-year-old.

“After we won in France, I told Apri I have to go for another Olympics. I asked if she wanted to go with me and go for Tokyo. I told her she has to be disciplined, train with me, eat with me. We had to do whatever it takes to qualify.

Polii announced her retirement early this month and bade an emotional farewell in front of a packed Istora during the DAIHATSU Indonesia Masters 2022.