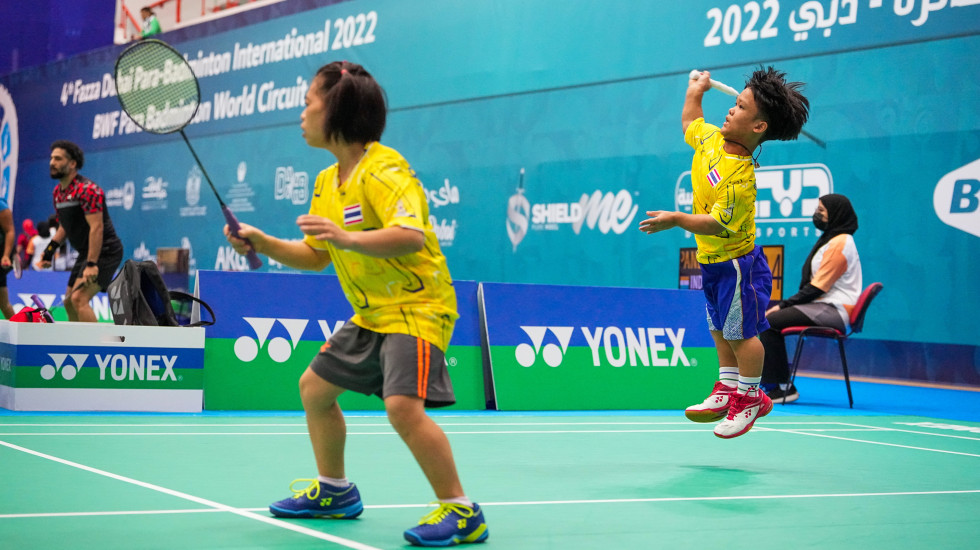 Thailand will be banking on their Short Stature (SH6) mixed pair Natthapong Meechai and Chai Saeyang for the nation’s first Paralympic badminton gold.

“We were nervous and excited but had good coordination and our trick shots confused them,” said Saeyang after their 21-12 18-21 21-15 win over Chun Yim Wong and Lam Ching Yung (Hong Kong China) at the 4th Fazza Dubai Para Badminton International 2022. “Meechai is strong at the back and can smash, I’m good at covering the net.”

Thailand have always been strong contenders in wheelchair events. At the Tokyo 2020 Paralympics, Sujirat Pookkham took the WH1 women’s singles silver and then partnered Amnouy Wetwithan to the WH1-WH2 women’s doubles bronze.

“It’s now time to go for gold. They are training full time and our plan is to participate in more tournaments to raise our world ranking against strong competitors such as India and Hong Kong,” said coach Thitipong Lapho. 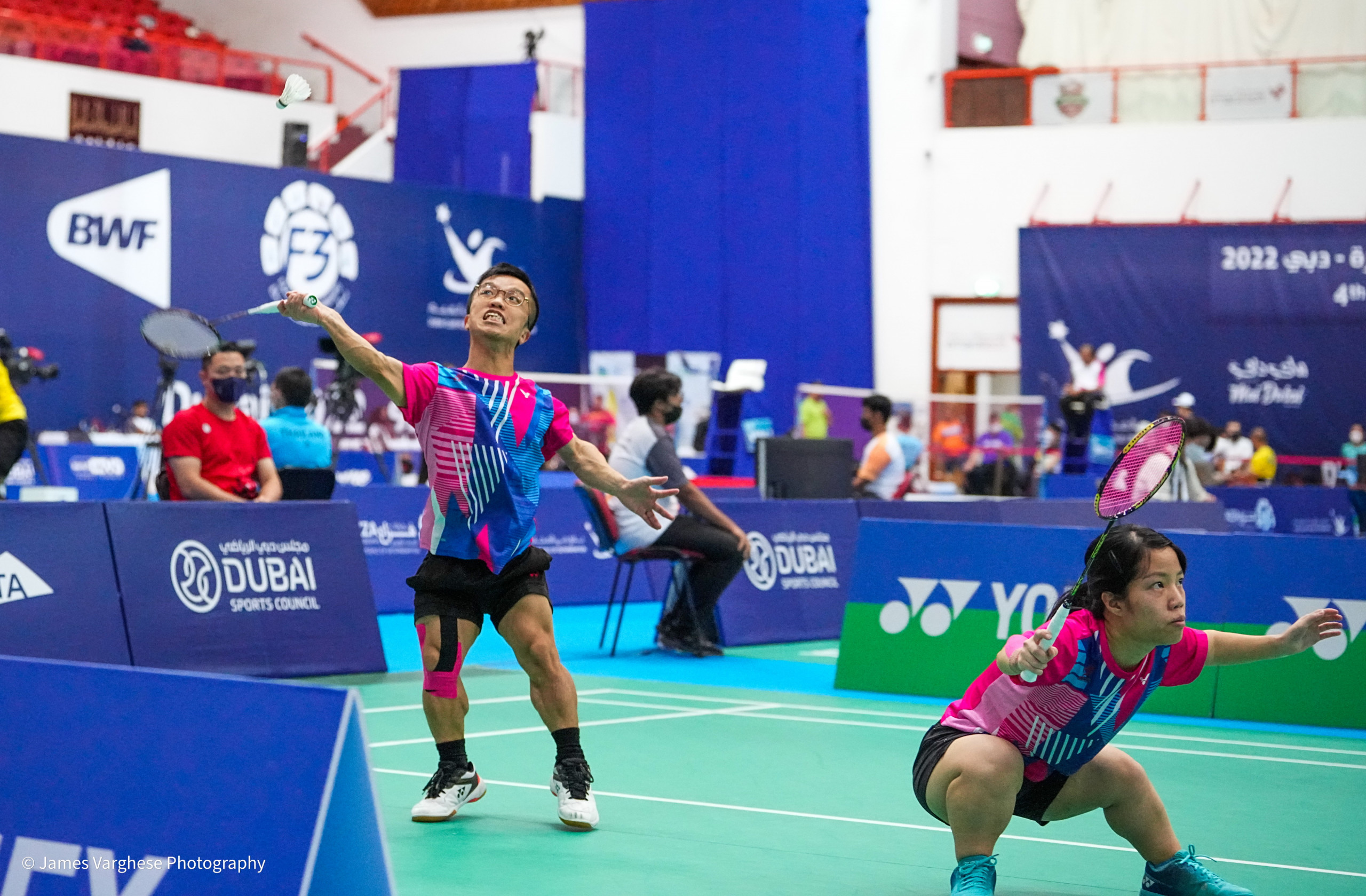 Wong (left) and Lam took the match to three games.

Wong and Lam also have that golden target in sight.

“This is only the second time I’ve partnered Wong but we’ve improved from before,” said Lam.

“We lost to them in two games in Bahrain so when we saw the draw, the first thing we said was we will stay positive. Then we started planning and applied our strategy in the match. We pushed them in the second game but in the third they just had less mistakes than us,” said Wong.

This is a well-coordinated duo, who plan, train and warm-up together before each match.

“We have to be on the same page and have the same goals or we’ll never reach our target. The Paralympics are only two years away. That’s not much time and there are tough opponents out there. We need to work on our serving and receiving skills, and focus on our opponents’ weaknesses,” added Wong. 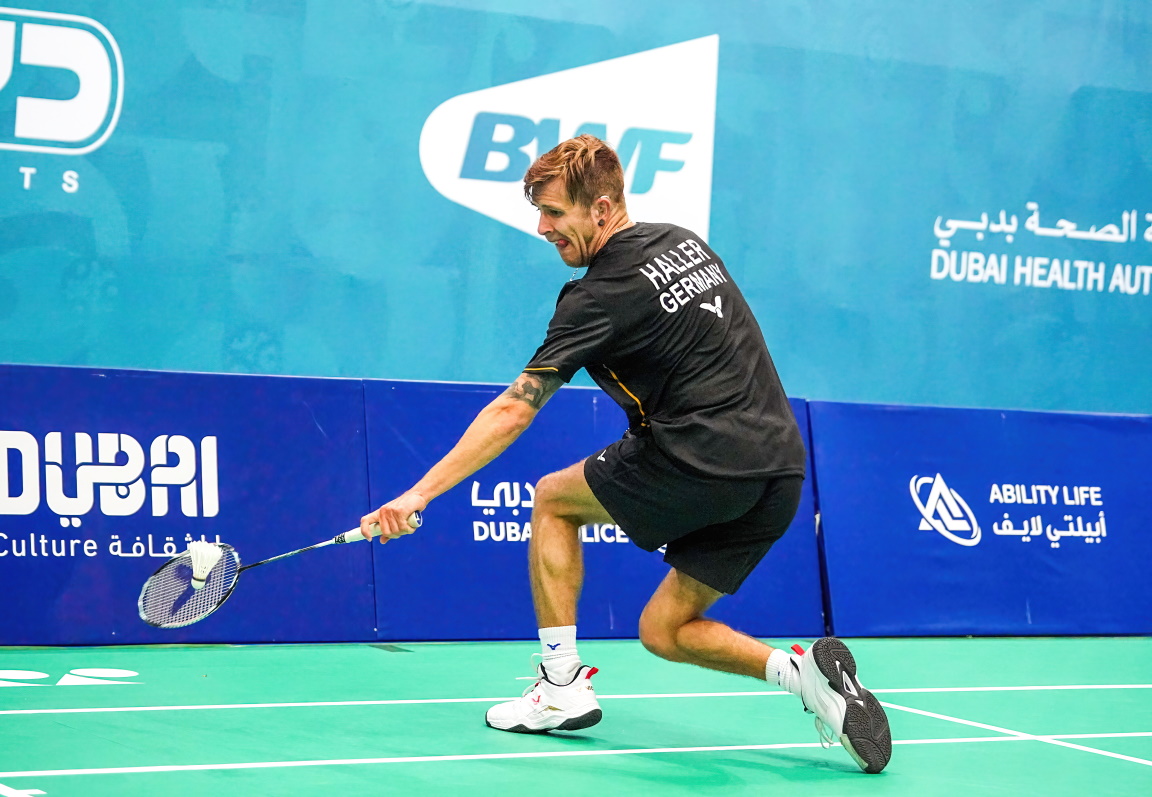 Haller has a long road ahead of him.

“I just focused on one point at a time. When I’m behind, I don’t think about the points. Just about playing my best shots,” said Haller.

Looking at the opponents he is up against, Haller’s immediate aim is to top his group.

“I trained very hard for Tokyo but didn’t make it. So now I need to play more tournaments, raise my world ranking and get to Paris 2024.”

“I beat him in two games in Bahrain but he’s improved since. He is only 17 but has good fighting skills,” said Fujihara. 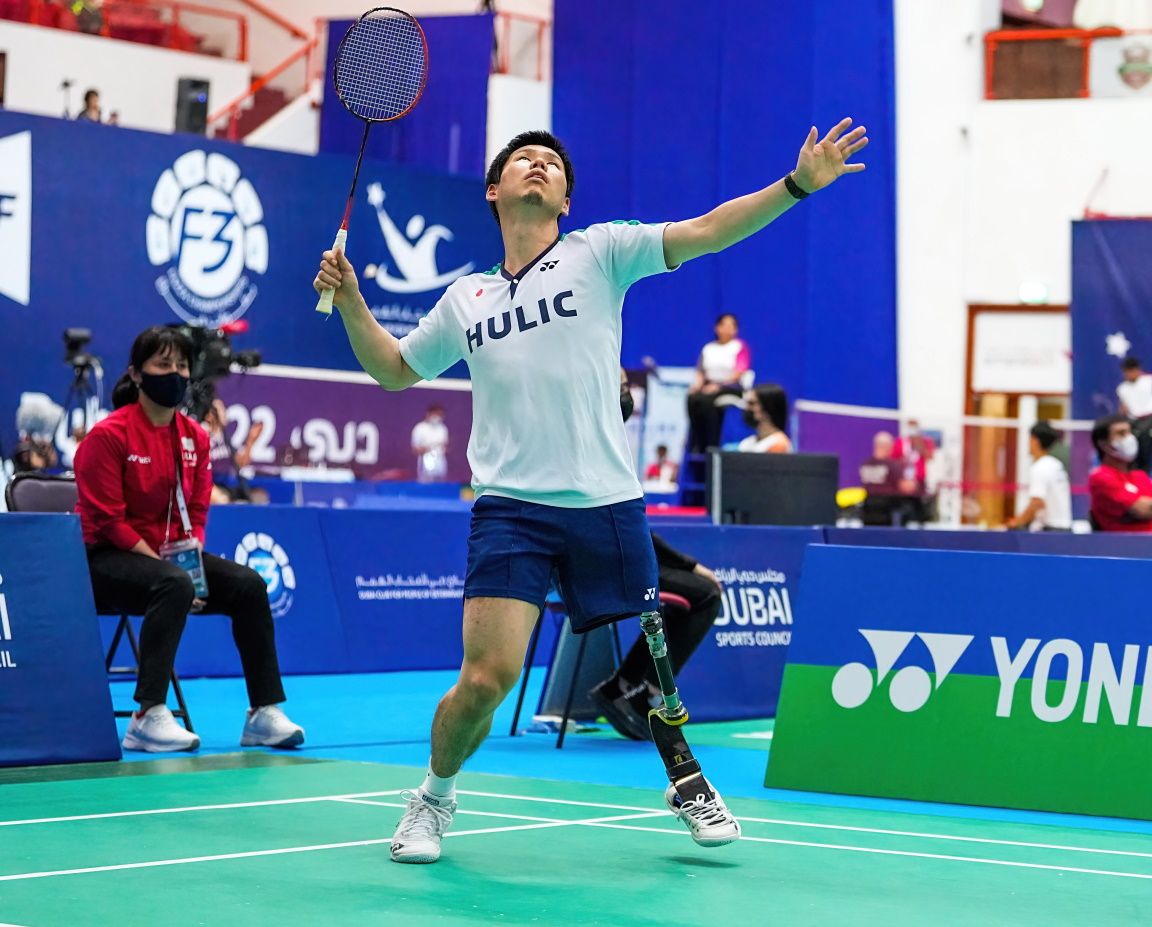 Fujihara was on court for almost an hour.

“In the second game, I had to switch off my hearing aid because he was shouting so much it was getting to me. In the third game, I told my coach ‘I just want to finish this’.” – Haller

“I lost because I made mistakes and was in a hurry to get points but I fought until the end. I gave him a lot of drop shots and changed my pattern compared to when in Bahrain. It’s something I have to do as I play more matches and mature as a player.” – Gupta