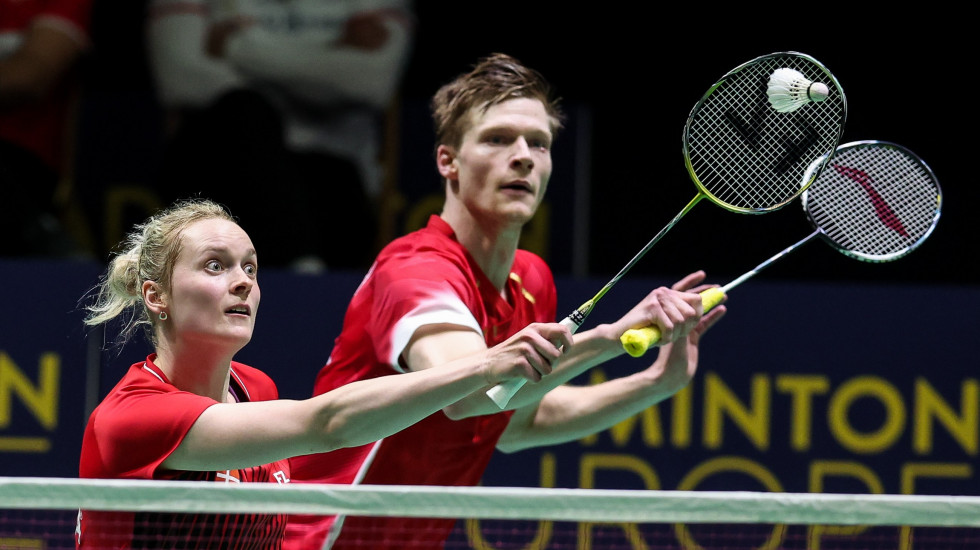 The Danes have had important victories this season and are on an upward trajectory.

“We will go home, make a good plan and try our best in the semifinals,” Mikkelsen promised.

Despite being one of the top European pairs for some time, a European Championships gold is still missing from the English duo’s CV. Unfortunately, last year’s runner-ups will have to wait longer.

“We were a bit behind in every area throughout the match. That makes it difficult to win,” Ellis said.

“We were off pace and our opponents played a good tactical game. They had a great variety from the mid court and used over-the-top shots to expose the gaps at the front court,” Smith agreed.

However, the highly-accomplished pair are ready for more opportunities.

“There will be many more chances, even in the biggest tournaments this year. We will learn from what went wrong and try to win,” Ellis concluded.

“It was a tricky match but we found our rhythm in the end. Mark played really well and helped me get into the match,” Lohau said.

Having had an uneventful season so far, Robin Tabeling/Selena Piek struck form at the right time. Facing Mathias Christiansen/Alexandra Bøje with the head-to-head record tied at 2-2, the fifth seeds came back from a game down to win the thriller 18-21 21-17 21-14 in 50 minutes.

The Dutch pair will have yet another battle on their hands as they are up against title favourites Thom Gicquel/Delphine Delrue. The second-seeded French got past Callum Hemming/Jessica Pugh 21-15 17-21 21-8.

“This is our first semifinals at the European Championships. We are very happy we’ve played at a high level,” Delrue said.