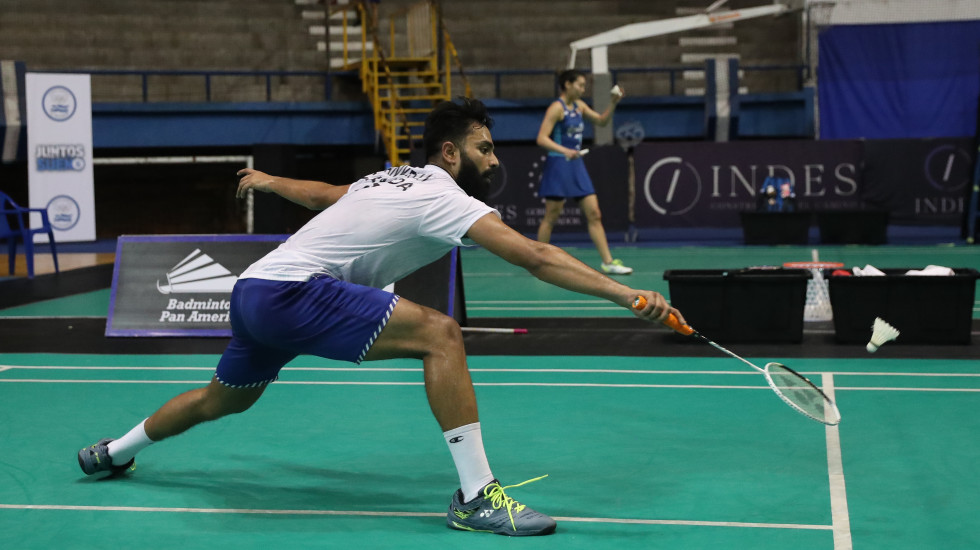 Cordon first took to court in the Round of 32 against countryman Yeison Esleiter Del Cid Alvarez, whom he defeated 21-9 21-10 in 30 minutes before taking a minute longer to see off Brazilian Artur Silva Pomoceno 21-7 21-14 in the following stage.

The win sets up a last eight clash with sixth seed B. R. Sankeerth, who also played twice en route to the quarterfinals. The Canadian beat Enrico Asuncion of USA 21-16 21-6 and compatriot Victor Lai to seal his progress.

For the record, Cordon leads Sankeerth 5-0 in their head-to-head.

Sankeerth’s first-seeded countryman Brian Yang spent a total of 42 minutes on court in his two wins over Mexican Armando Gaitan and Guyanese Narayan Ramdhani. He plays world No.193 Donnians Oliveira of Brazil next.

The world No.14, who lost her comeback match to Kirsty Gilmour in the YONEX All England Open 2022 first round last month, next takes on Talia Ng of Canada – the player she ousted in the semis on her way to winning the title last year.