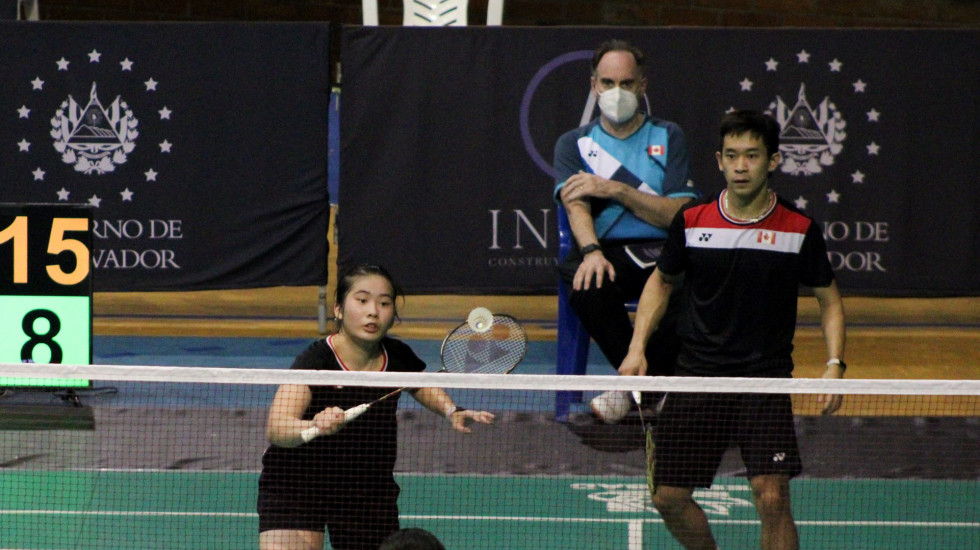 Crystal Lai and Nyl Yakura in action in their mixed doubles match.

American and Canadian shuttlers made light work of their opening round opponents to make a perfect start to the Pan Am Individual Championships in El Salvador on Tuesday.

Canada, with their seven athletes led by the seasoned five-time champion Nyl Yakura, completed all their straight-games victories under 35 minutes. Men’s pair Kevin Lee and Ty Alexander Lindeman were on court for only 17 minutes in their 21-6 21-9 win over Guyana’s Akili Haynes/Tyrese Jeffrey.