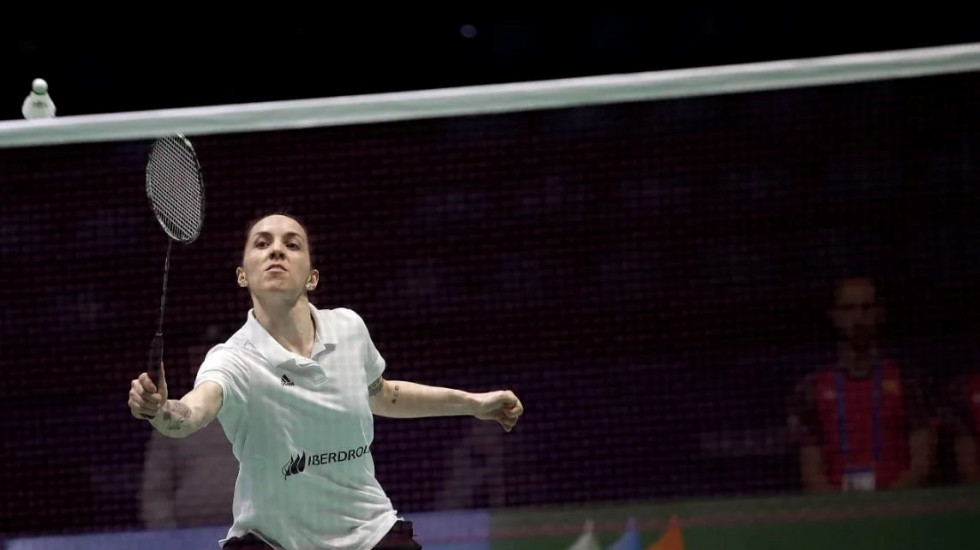 The first day of the 2022 European Championships gave spectators great badminton to get the party started and two of the local stars had the audience on the edge of their seats.

The fierce fight they showed also demonstrated how important these matches on home soil were to them.

Clara Azurmendi was up against Mariya Mitsova, who this year has already reached two quarterfinals on the European circuit. The first game was close, but the Bulgarian took it eventually. Azurmendi came back stronger in the second game but lost the decider.

Beatriz Corrales’ first game had an even closer result. Ksenia Polikarpova was leading 22-20, and despite the Spaniard not being comfortable with the shuttle throughout the match, she hit back to take the win.

After every shot, the crowd could be heard cheering and shouting encouraging words from the stands. It’s no surprise Corrales found the strength to keep on going in such a tough encounter, just like Azurmendi did despite losing.

“I just want to thank the big crowd, it was amazing. At every point, even when I was doing an easy mistake, they were supporting me a lot,” Corrales said.

“The atmosphere has been amazing. Madrid is my hometown, so what can I say. I’ll keep going and keep fighting in the next matches, also with Clara.”