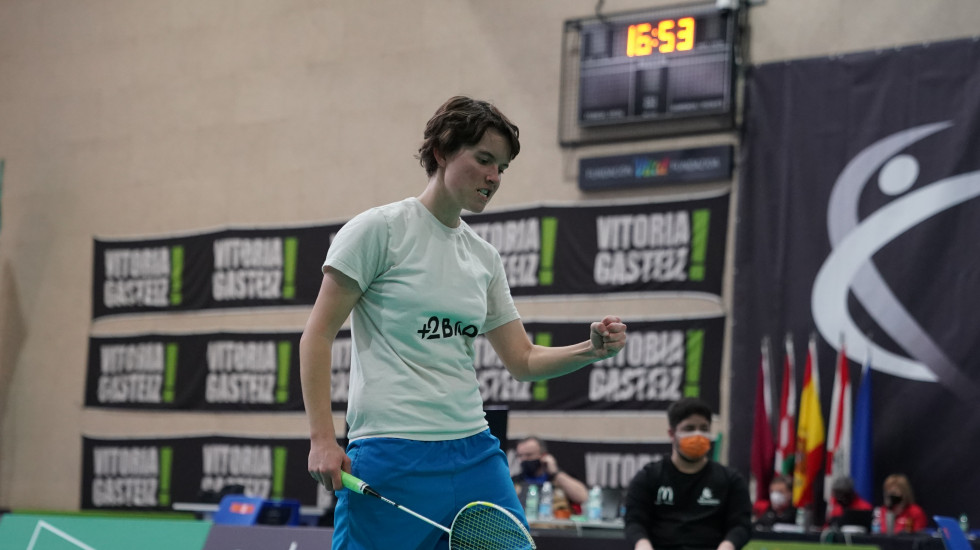 Newcomer Surreau is delighted with a place in the final today.

Semifinals day at the Spanish Para Badminton International II 2022 was as hot as a spicy paella with several strong women’s singles contenders sealing their places in the finals.

First up was Helle Sofie Sagoey, who overcame an impressive Emma Louise Stoner from England 21-12 21-5 in the SL4 category.

“Emma is a really good player,” said the Norwegian post-match. “I just tried to keep myself focused and do my best. I’ve been working hard since the Tokyo 2020 Paralympic Games. I’ve made a lot of good choices.

“I play Milena Surreau next. She’s new to the circuit. I will do some analysis with my coach and look to establish some tactics for the final. I’m excited to play her, it’s always fun to meet new opponents.” 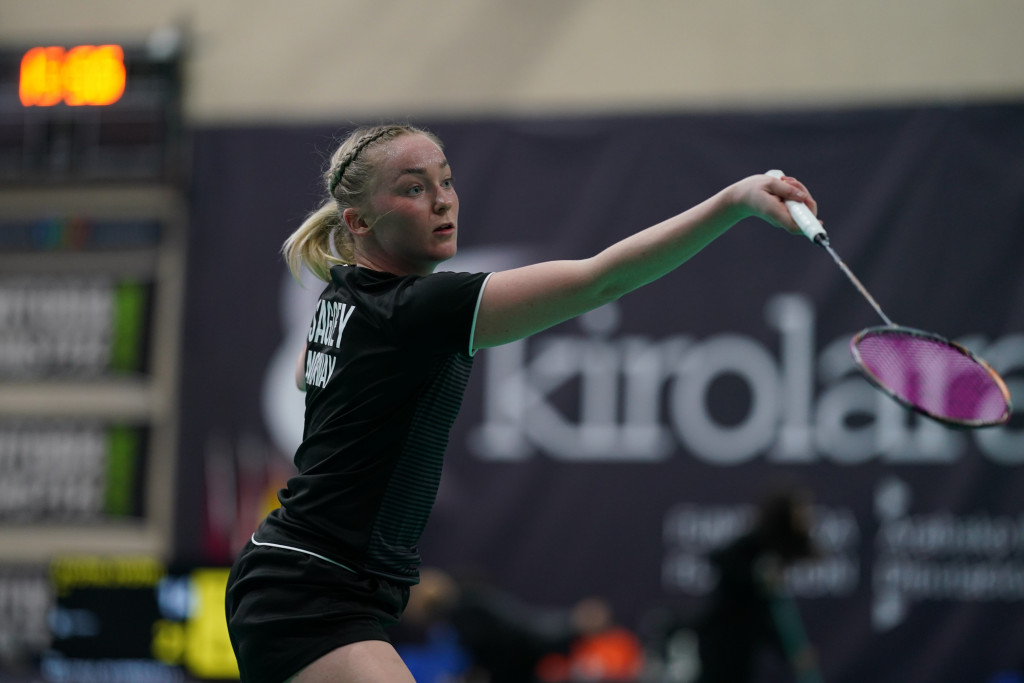 The Norwegian has been solid throughout her singles matches in Spain.

Sogoey faces new kid on the block Surreau, who caused a stir in Spain by topping her group and beating Sophie Van Den Broek 21-6 21-6 in her semifinal yesterday.

On making the final on her international debut, the ecstatic Frenchwoman said: “What a great experience this is. This feeling is amazing. Now I just want to try my best against Sagoey.

“My game plan was just to keep the shots in and the rallies long. I could see she (Van Den Broek) wasn’t moving too well so I stuck to my plan and it worked.” 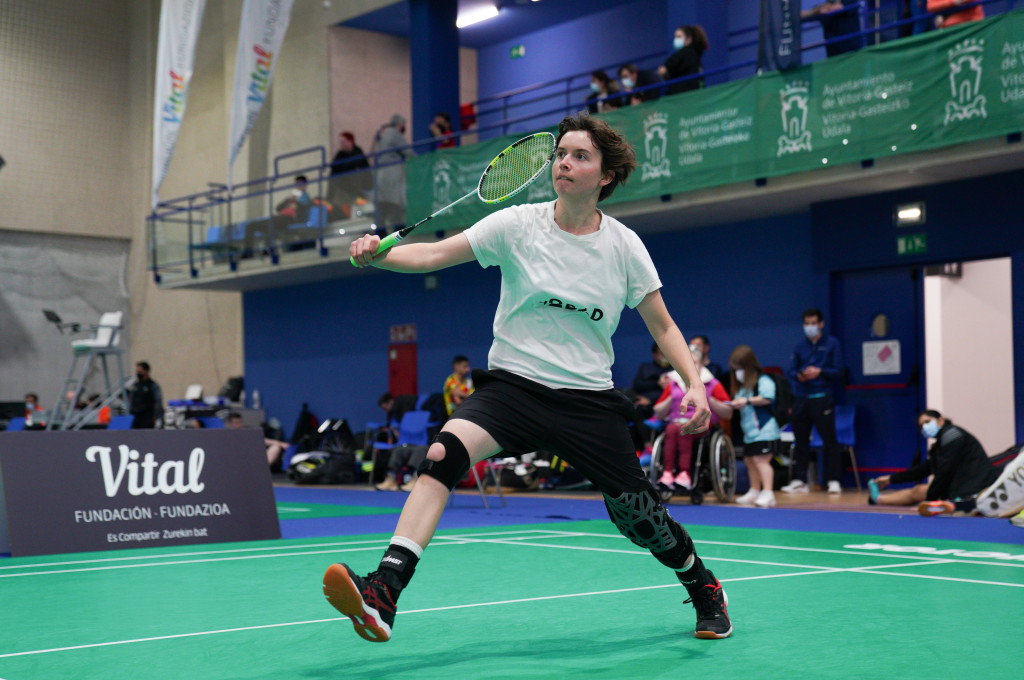 The 24-year-old has made the final on her international debut.

Keeping a level head and temperament throughout the match, the 24-year-old explained her thinking behind each emotion.

“I used to play tennis and I could be quite fierce on the court. I would smash rackets – that’s not good behaviour, so I’ve worked hard on myself to keep calm under pressure and these kind of circumstances. Stay calm, focused and don’t get angry.

“Before a match I block everything out. No music, no noise. Silence is what I need before going onto court.”

Portugal’s Beatriz Monteiro (SU5) was in town to rustle some feathers in her category, claiming a 21-17 21-19 win over Rosa Efomo De Marco from Italy. It is the second final the 16-year-old has made since being crowned runner-up at the Peru Para Badminton International in 2019.

The youngster broke new ground at the Tokyo 2020 Paralympic Games with a remarkable journey into the quarterfinals until she was ousted by Japan’s Akiko Sugino. 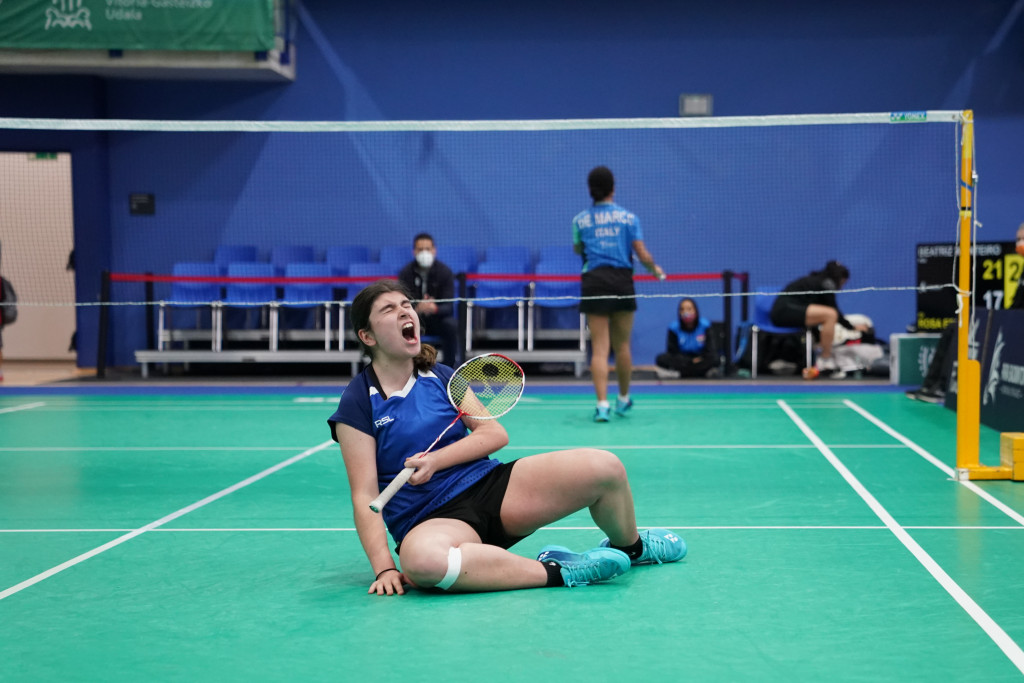 Monteiro screams in jubilation after her win.

On making the final, Monteiro said: “Wow, I’m shaking. It’s really nice that I’m in the final. I’m going for the gold medal. It will be a tough match, but I’m going to do my best.”

Monteiro locks horns with Manisha Ramdass, who received a walkover into the final after Cathrine Rosengren retired in the second game citing back injury.