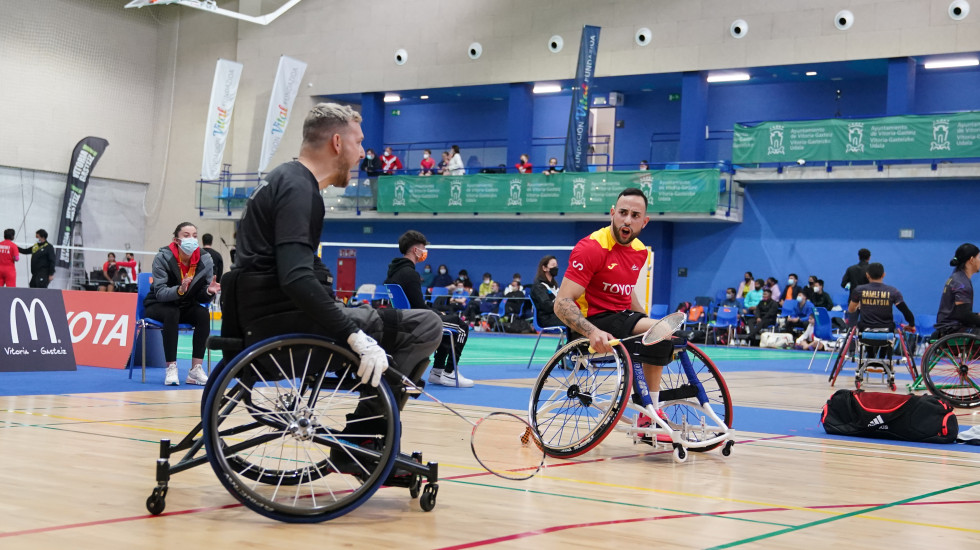 David Follett (left) and Ignacio Fernandez celebrate a point during their match.

The Spanish Para Badminton International II 2022 began in full swing yesterday to kickstart the 2022 season and the Day 1 action did not disappoint.

Among those to shine in Vitoria were a plethora of new on-court partnerships at the Zabalanga Civic Center.

One such tandem caused arguably one of the biggest upsets of the day – Ignacio Fernandez of Spain and new partner David Follett of England defeated WH1-WH2 men’s doubles No.3 seeds Rodolfo Cano and Julio Cesar Godoy 26-24 21-18, just a few days after pairing up. 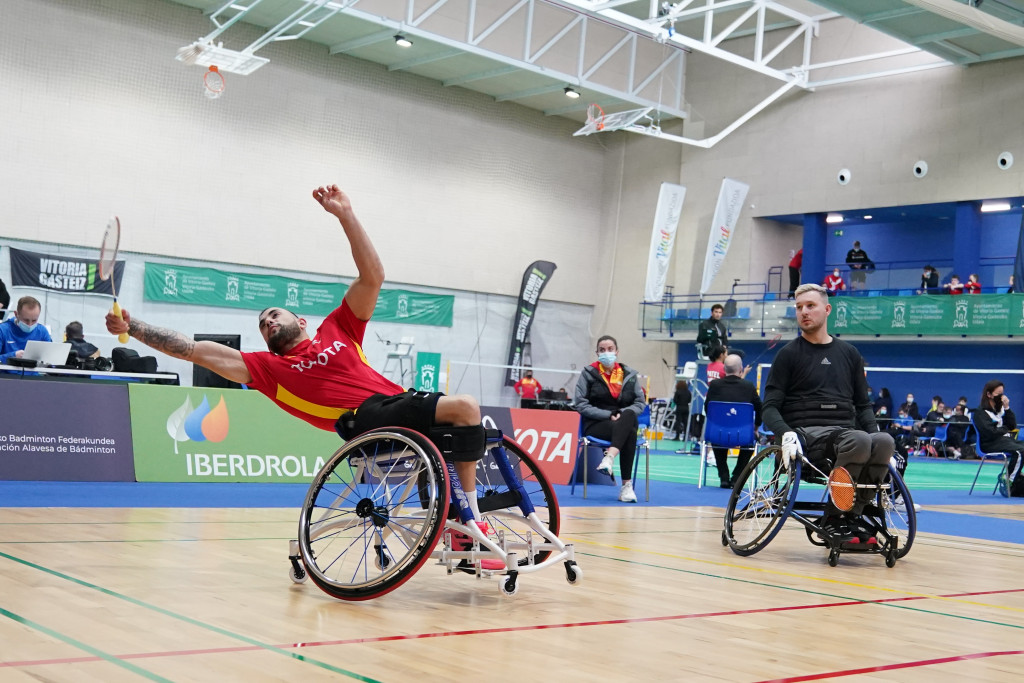 Fernandez (left) and Follett in action at the Zabalanga Civic Center.

Taking 45 minutes to complete their win over the Brazilians in Group C, Fernandez called on Follett’s abilities before the start of the tournament.

“Neither of us had a partner and ‘Nacho’ asked me a couple days out of coming to Spain if we’d like to partner up,” revealed a happy Follett.

“The more games, the better as it’s our first time on court. Obviously language is a bit of a barrier, but we seem to get it after a few rallies. We clicked and understood what each other meant, like signals and talking throughout.

“We had some support from the team here and that really helped us get across the line. We are really delighted.”

Asked if this was the sign of things to come, Follett replied: “If we keep on winning, yes.”

Singaporean Chee Hiong Ang also teamed up with a new partner in the SL3-SU5 mixed doubles just an hour before his first match.

“We really did meet just an hour before the match when we were paired up by the referees,” revealed Chee after losing to India’s Ruthick Ragupathi/Manasi Girishchandra Joshi 21-11 21-8 in Group D.

“Communication and having fun is what I look for in a partnership. Encouraging each other is important, that’s really what it’s about. I told my partner to cover the front court as I’m really good at smashing, so I stayed at the back.

“I want to get as much playing time as I can here. I really enjoyed it.”

Their victorious opponents were playing as a duo for a second outing following their success at the Uganda Para Badminton International 2021.

“It’s helpful we both train at the same place and that creates a lot of understanding,” said Joshi. 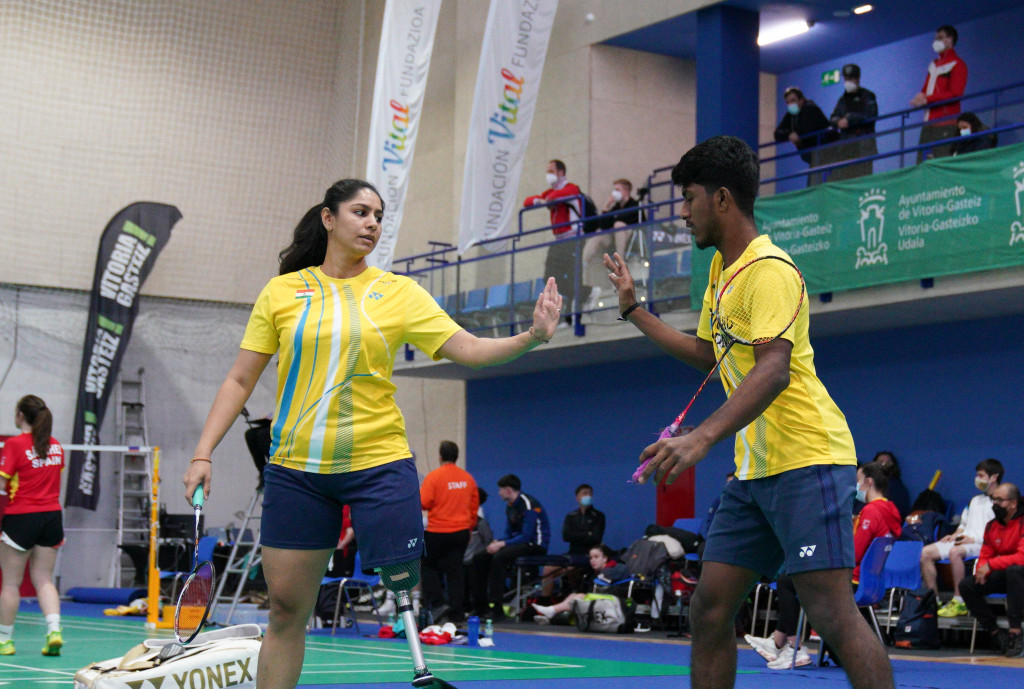