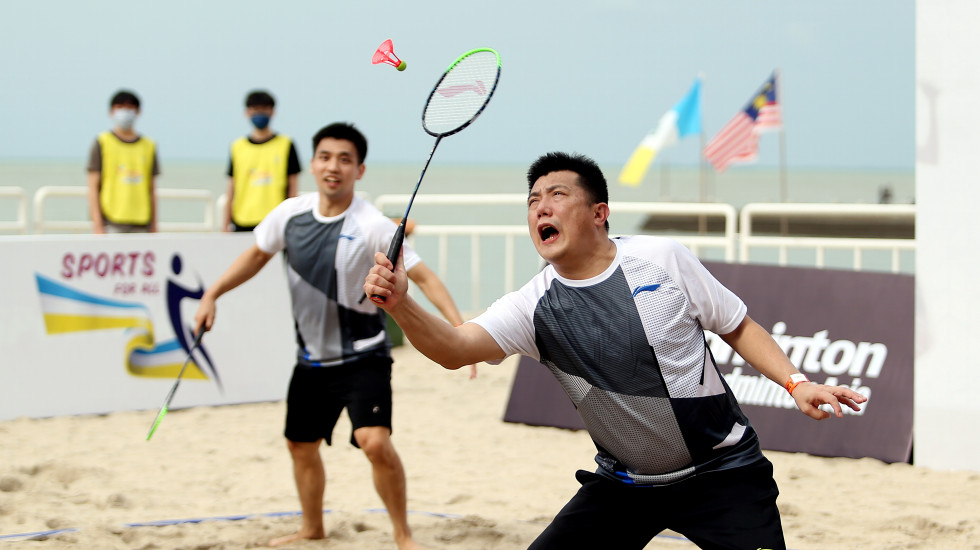 Introductory and promotional AirBadminton activities continued at a steady pace in the final quarter of 2021, with various initiatives delivered in four different regions.

African AirBadminton Friendly Challenge, the very first tournament of its kind in Africa, was organised on 25 October in Kampala, Uganda. Played on a hockey pitch near the badminton hall, the event coincided with the All-Africa Senior Championships and served as a training ground for African Technical Officials and Badminton Confederation Africa officials and event managers. It attracted 36 players from eight countries and 20 officials from nine countries. Positive feedback was received from players, and intrigued passersby who stopped to catch the action. 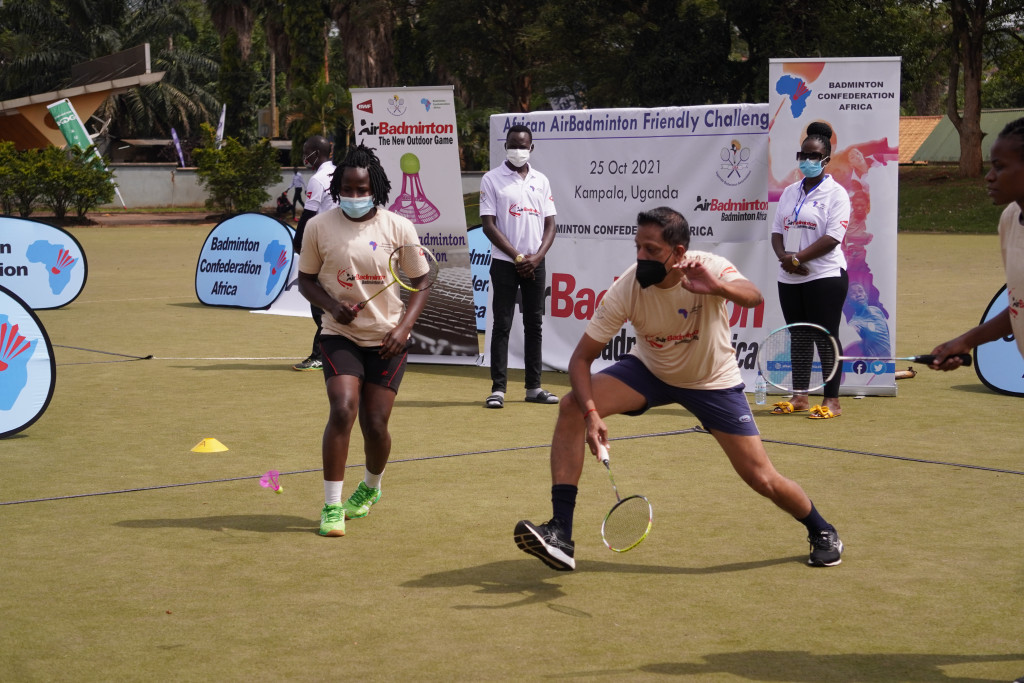 “I played AirBadminton for the first time, it’s a superb experience. It’s simple, easy and everybody can play it.” — Mutombo Tshizanga Tony DR Congo player

An event to launch AirBadminton in Lebanon was held in Beirut on 7 November and attended by more than 75 participants. Ablebodied national players and four of their Para badminton counterparts were among those involved in “fun and friendly” games. With four courts on surfaces like artificial grass and sand, athletes of different genders and abilities sampled the outdoor game in matches against each other. The encouraging response was confirmed by requests for AirBadminton material and enquiries about the next activity. 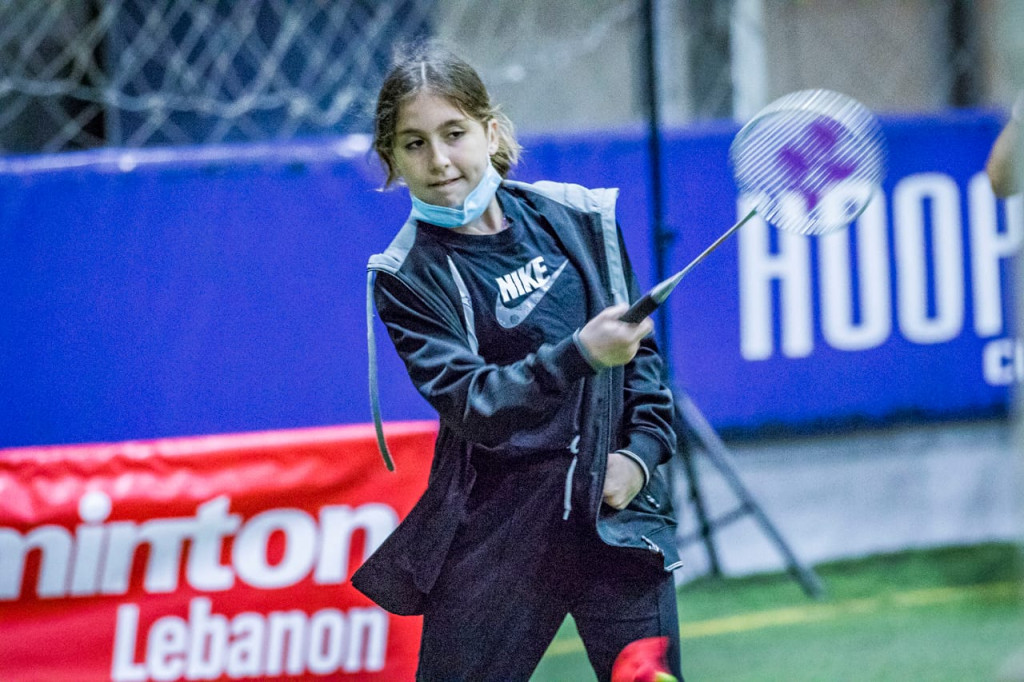 On 18 December, Badminton Asia Confederation officially launched the AirBadminton project on the Batu Ferringhi beach in Penang, Malaysia. The event included a friendly competition which involved Atlanta ’96 men’s singles bronze medallist Rashid Sidek and Tokyo 2020 Paralympic champion Cheah Liek Hou. Many of the first-time participants enjoyed a fabulous experience at the beach. The regional launch aimed to encourage Asian countries to organise AirBadminton activities and use the outdoor game to grow the sport. 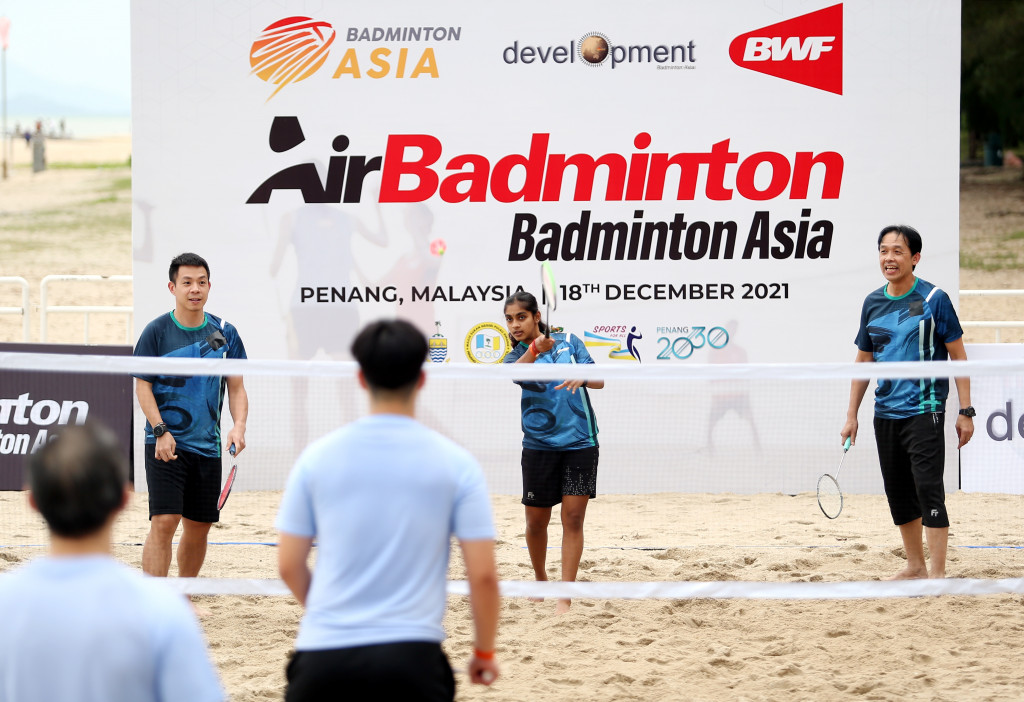 Alongside the ElPozo BWF World Senior Badminton Championships 2021 and TotalEnergies BWF World Championships 2021 in Huelva, Spain, activities to increase the popularity of AirBadminton by allowing spectators to experience the game in a safe and fun environment were held. As many as 4,500 schoolchildren got involved. Spanish Badminton Federation plans to continue the implementation of AirBadminton as the country offers great outdoor locations perfect for the game.