All eight winners were honoured in a virtual broadcast aired today.

Given the disruption caused to the circuit by COVID-19 over the last two years, the period of consideration for the BWF Player of the Year awards was from November 2019 until 31 October 2021. Two new award categories were introduced – Pair of the Year and Para Badminton Pair of the Year.

Axelsen was rewarded for his extraordinary run starting from the Barcelona Spain Masters in February 2020. The Dane made 10 finals in 11 individual tournaments, winning seven of those, including gold at the Tokyo 2020 Olympic Games.

“This means a lot to me,” said Axelsen. “Thank you to my team, my coaches, my friends, my family, my competitors. This year has been really eventful. A few downs, but a lot of ups, with the Olympics being the biggest win, a dream coming true. This award gives me a lot of motivation to work harder.”

Tai Tzu Ying won the YONEX All England 2020 and then struck a rich vein of form at the three-tournament Asian Leg in January 2021, making all three finals, and clinching the HSBC BWF World Tour Finals 2020. The Chinese Taipei player then made the final of the Tokyo 2020 Olympics, going down in a thrilling match to Chen Yu Fei.

“It’s a pity I can’t be in Indonesia for the HSBC BWF World Tour Finals,” said the world No.1. “I really miss competing in Indonesia which has such enthusiastic fans. I never thought that I could win this award. I’ll continue to compete and try to achieve better results. I hope that fans will continue to support me.”

Chinese Taipei won a second award, with Olympic champions Lee Yang/Wang Chi-Lin named the Most Improved Player of the Year ahead of Lee Zii Jia, Pornpawee Chochuwong and Aaron Chia/Soh Wooi Yik. Lee/Wang won all three titles at the Asian Leg in January 2021, before going on to capture a historic gold medal for Chinese Taipei at Tokyo 2020.

“I’m really honoured to win the BWF Most Improved Player of the Year and I hope that we can continue to improve,” said Lee Yang. “I’d also like to thank my partner as well as the people around us who have been supporting us and wishing us the best. I think this is a great affirmation. It’s an honourable recognition for any athlete to be able to win a BWF award.” 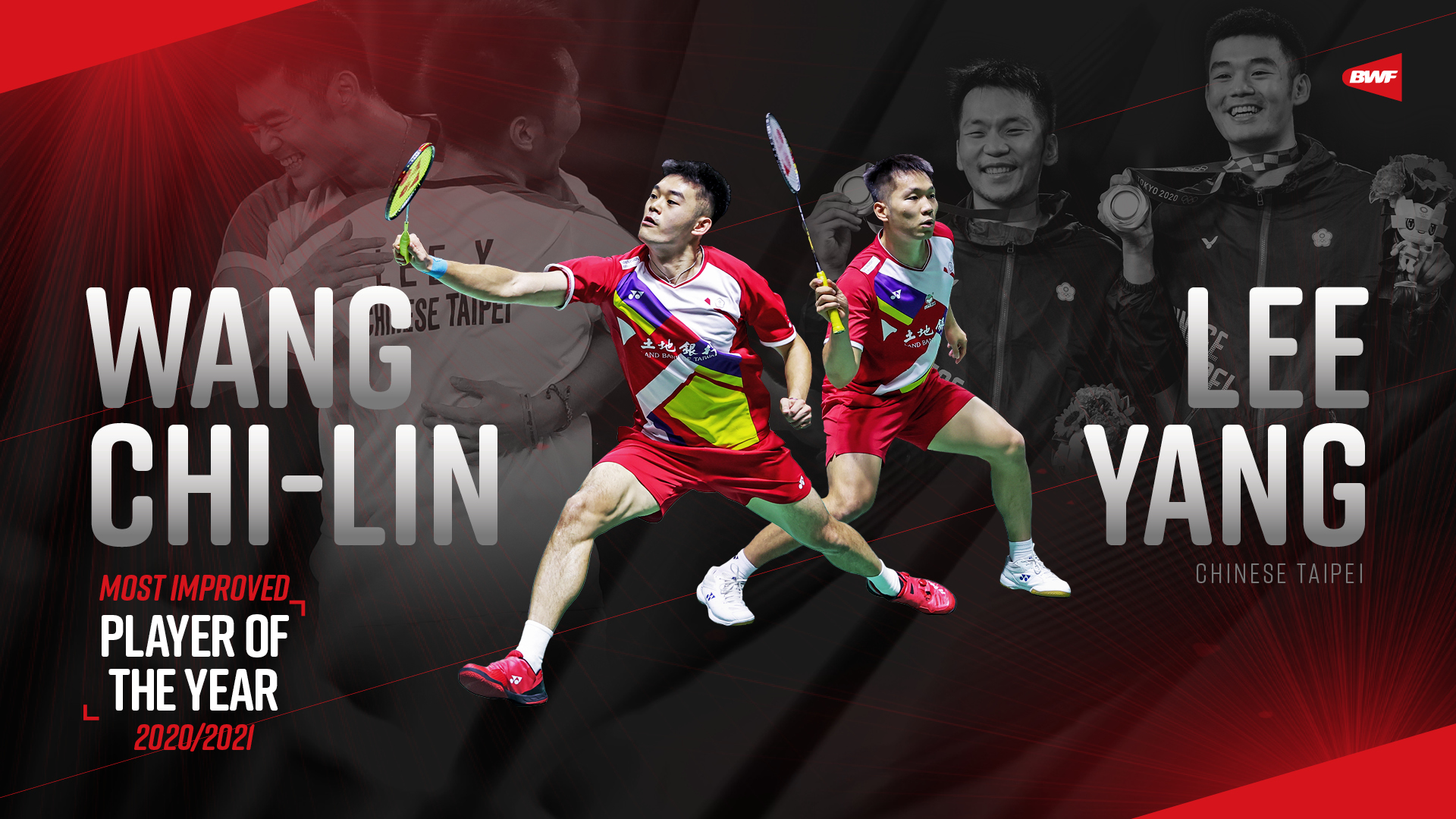 Greysia Polii and Apriyani Rahayu’s emotional journey at Tokyo 2020, which culminated with the women’s doubles gold, saw them win the Pair of the Year award. While the Olympic gold was the high point of the season, the Indonesians were also successful at other World Tour events, winning the Indonesia Masters and Barcelona Spain Masters in 2020, and the YONEX Thailand Open in early 2021, before completing their epic triumph at Tokyo 2020.

“Thank you to the BWF for this award,” said Polii. “We hope to continue to do well and be the best. We hope to do many positive things for the people of Indonesia and everyone who loves badminton.”

In Para badminton, Qu Zimo and Leani Ratri Oktila won the year-end Player of the Year honours for the second time. 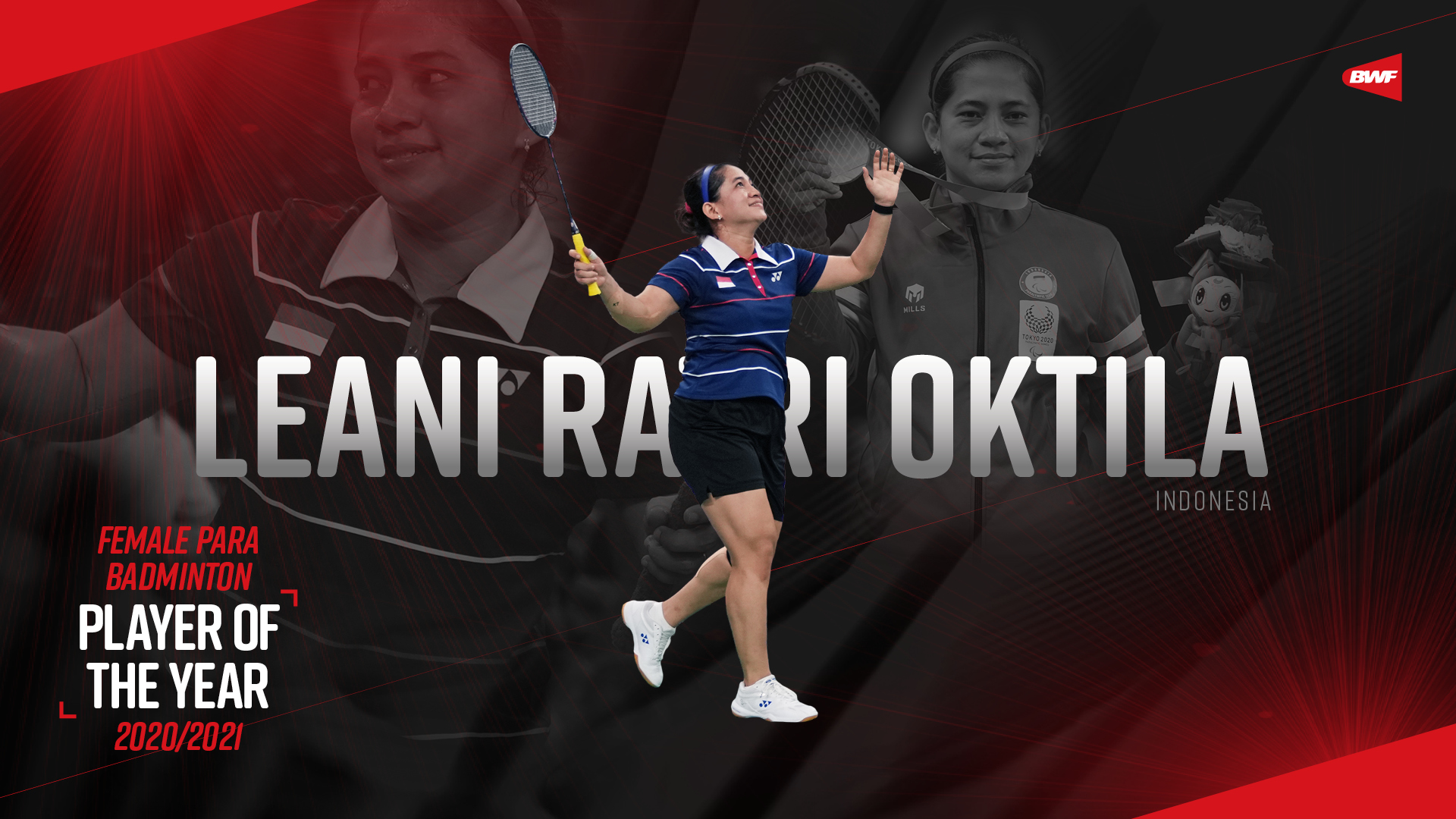 A delighted Qu said: “This is my second award, having won in 2019. I’m extremely happy and excited. I’d like to dedicate this award to my coach, family and teammates for their support and encouragement. Without them, I might have given up long ago. I’ll continue to work hard and start from zero again.”

France’s Lucas Mazur/Faustine Noel were honoured with the Para Badminton Pair of the Year award.

“I am very honoured and happy to receive the Pair of the Year award in Para badminton with Lucas,” said Faustine Noel. “A year particularly enriching which wouldn’t have been possible without all the support of the staff and our relatives. Thank you and I hope to continue along this path until Paris 2024.”

The BWF Awards Commission also made special mention of Guatemalan Kevin Cordon’s journey across four Olympic Games and his inspiring performances at Tokyo 2020 which took him to the semifinals.