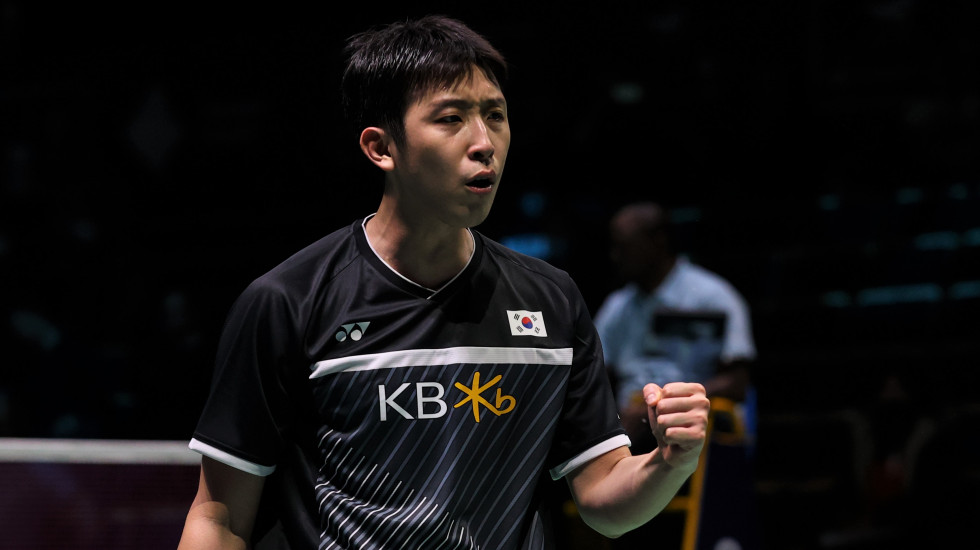 Heo Kwanghee emerged Korea’s hero as his come-from-behind victory over Kunlavut Vitidsarn paved the way for his team to make the semifinals of the TotalEnergies BWF Sudirman Cup Finals 2021.

With Thailand leading 1-0 in the quarterfinal tie, and Vitidsarn heading for a win with a 17-12 lead in the third game, Heo battled gamely, dialling up his attacking game to snatch the match from Vitidsarn’s grasp.

That victory would prove vital to Korea with the upset of their men’s doubles duo Choi Solgyu/Seo Seungjae in the fourth match. It was left to Lee Sohee/Shin Seungchan to see Korea through, but they nearly blew their chances in a nervous third game. 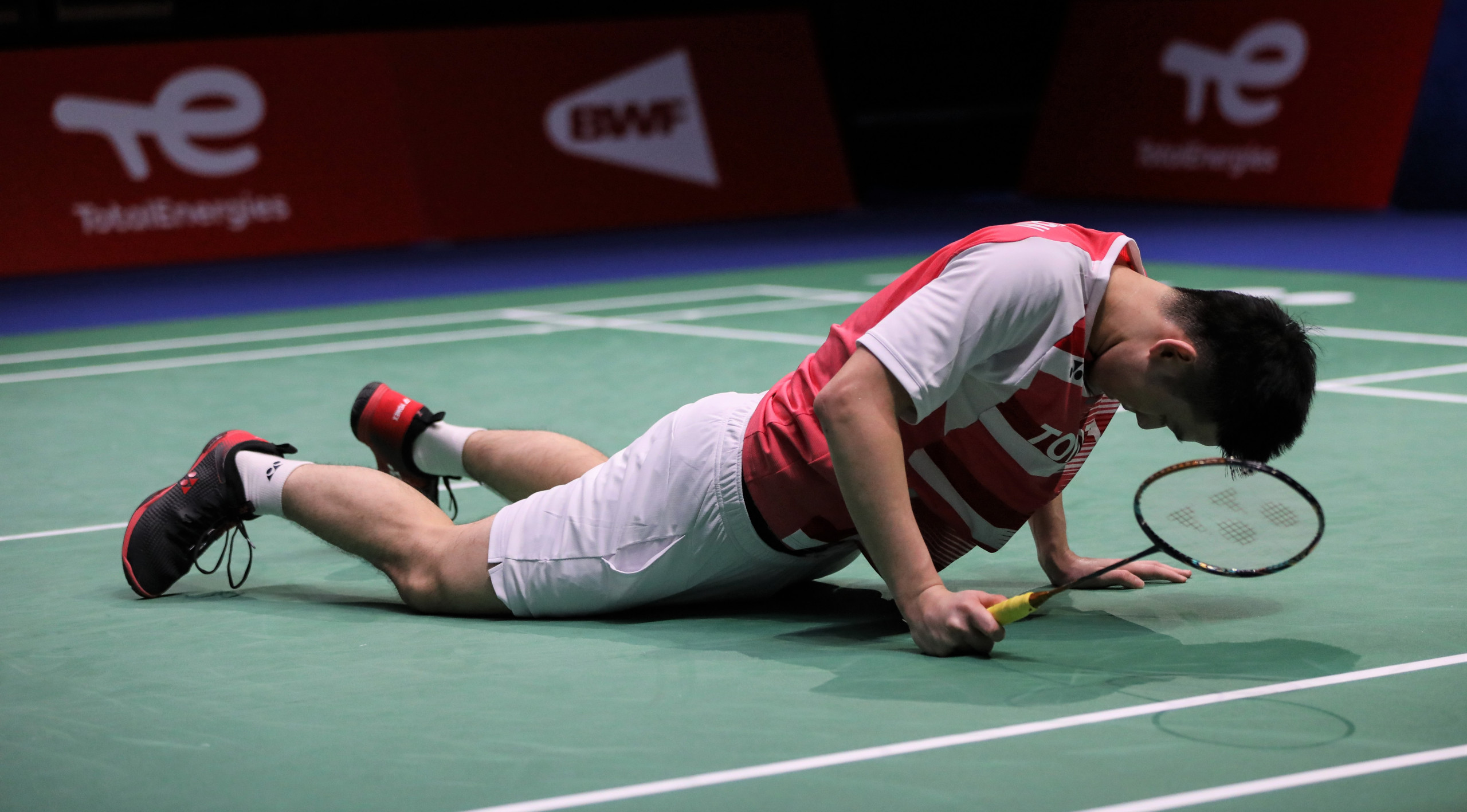 Kunlavut Vitidsarn nearly did the trick for Thailand.

Vitidsarn had turned in another impressive performance following his upset of Shi Yu Qi yesterday. The three-time world junior champion paced himself well through the match, but admitted later that he’d made a misjudgement when leading 17-12.

“I played too fast when I was leading,” Vitidsarn said. “I perhaps rushed it a bit. I should’ve slowed it down and waited for my opportunity.”

Heo, who has won all his three matches at the Sudirman Cup, was thrilled that his win had “united” the team after the early setback.

“I tried to do a lot of things in the second game, but my opponent could catch what I was trying to do, and made me run a lot and got me tired. I just tried to attack and it worked. I’m happy that I could change the mood of the team. We’d lost the first match and then I had a close win, I feel I united the team.” 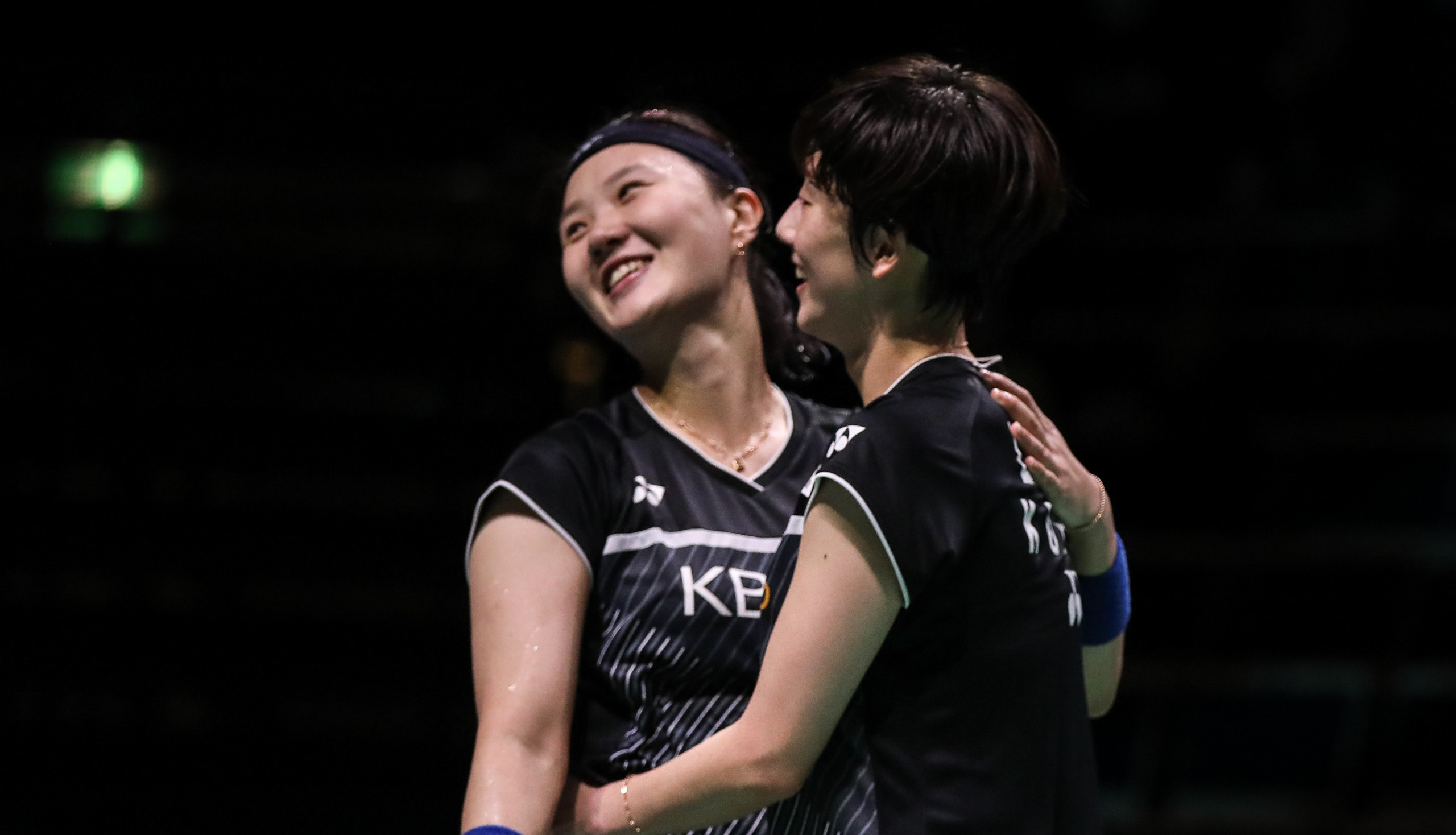 An Seyoung expectedly made it 2-1 for Korea, but Thailand pulled one back through Supak Jomkoh/Kedren Kittinupong’s upset of Choi Solgyu/Seo Seungjae.

Lee and Shin endured a nervy ending, and needed some luck to get past scratch combination Jongkolphan Kititharakul/Sapsiree Taerattanachai in a marathon 90-minute match. The last three points were decided by errors, and a netted serve by Taerattanachai finally let Korea off the hook. 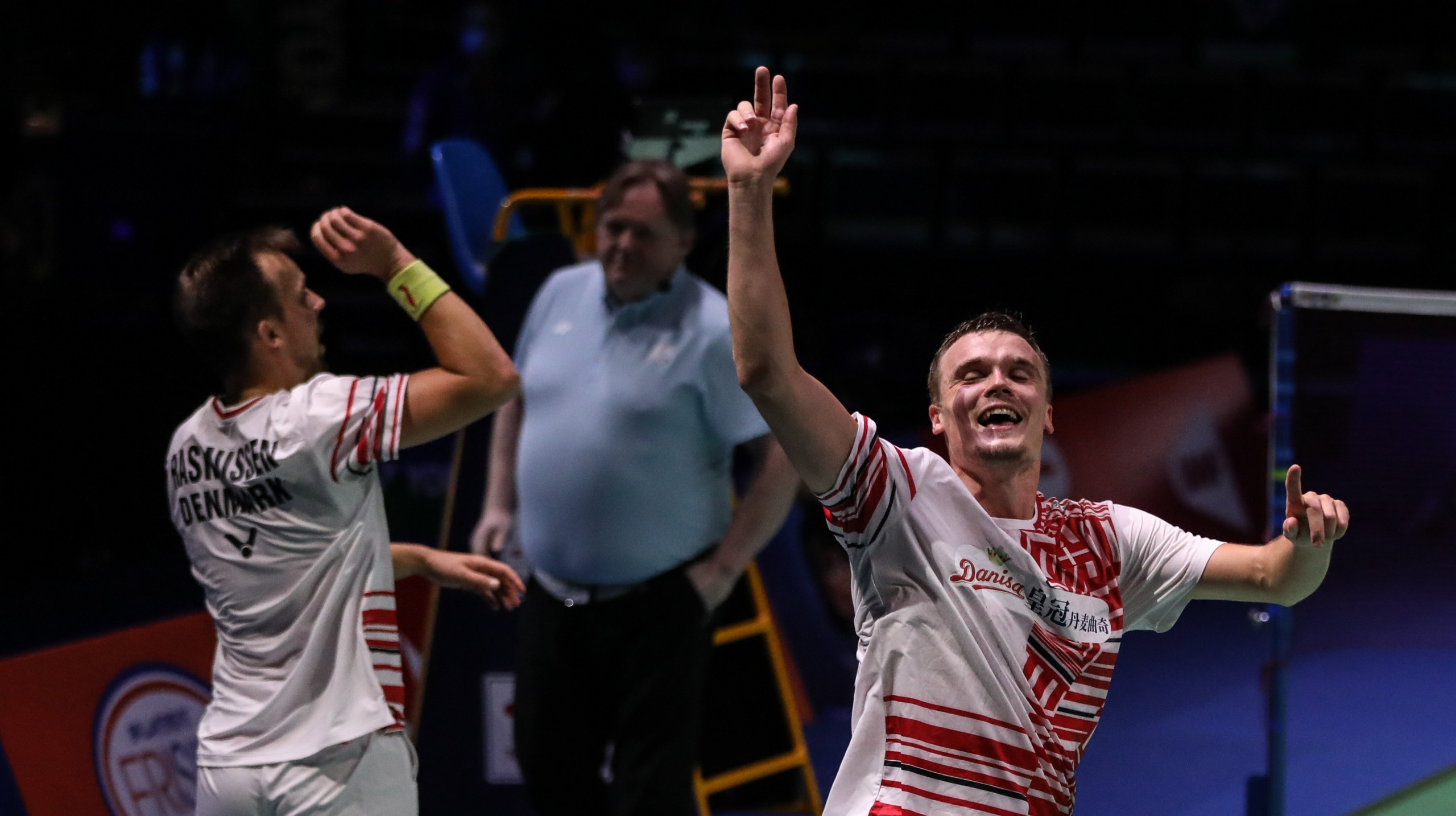 Denmark fell 2-3 to China, but they frequently had the defending champions in a spot of bother. Eventually, it was the quality of the two Olympic champions – Chen Yu Fei and Wang Yi Lyu/Huang Dong Ping – and Olympic silver medallists Chen Qing Chen/Jia Yi Fan that would prove too hard for the Danes to crack.

Denmark fielded new combination Anders Skaarup Rasmussen/Frederik Sogaard against scratch pair He Ji Ting/Zhou Hao Dong, and in the course of a crackling 87 minutes, the Danes outplayed the Chinese; the match finishing with Sogaard catching both Chinese off-guard with his flick serves.

Mia Blichfeldt’s first game win gave the Danes the scent of a massive upset; yet, Chen Yu Fei calmly worked herself back into the match and eventually proved too strong.