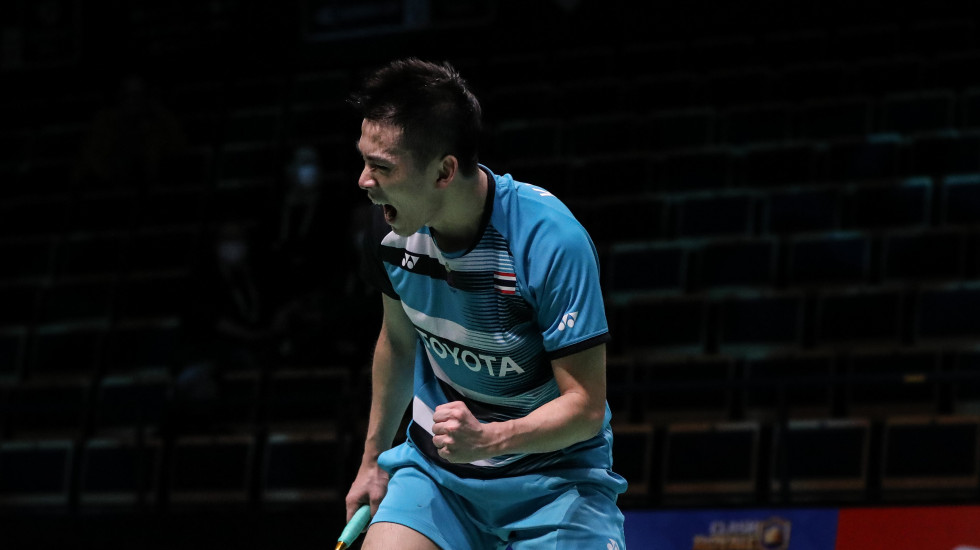 The three-time world junior champion took the best punches Shi Yu Qi threw and stayed alert for every opportunity. A frustrated Shi blew some of his more open chances, and Vitidsarn came away delighted with his biggest result.

“Yes, this is my biggest win… I started with a basic game by defending and then pushed on with attack,” said Vitidsarn.

“There weren’t many tournaments before this, so I was able to work on my fitness and I feel I’m stronger now, so that’s helping my game.” 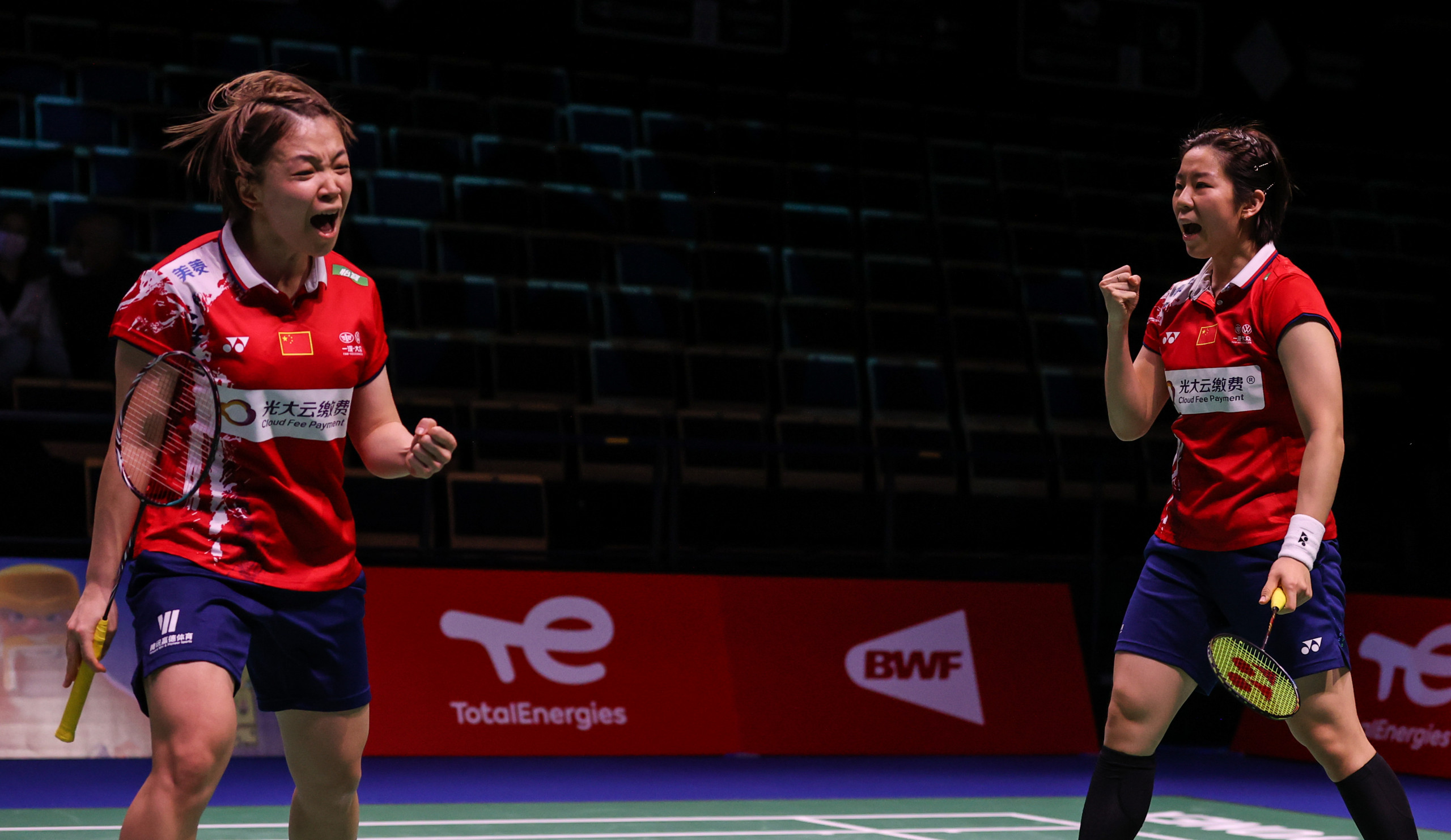 Chen Qing Chen and Jia Yi Fan set China back on track from 1-2 down.

Thailand had taken the lead with Supak Jomkoh and Kittinupong Kedren turning in a crackling performance against He Ji Ting and Tan Qiang after a first game loss. The early deficit for China was overturned by Olympic champion Chen Yu Fei, who steamrolled Busanan Ongbamrungphan 21-12 21-10.

After Vitidsarn’s 21-17 21-17 result over Shi, it was time for China to flex their muscles in women’s doubles and mixed doubles. Chen Qing Chen/Jia Yi Fan and Olympic champions Wang Yi Lyu/Huang Dong Ping gave their opponents no inch, to ensure that China finished their group engagements without any further mishaps. 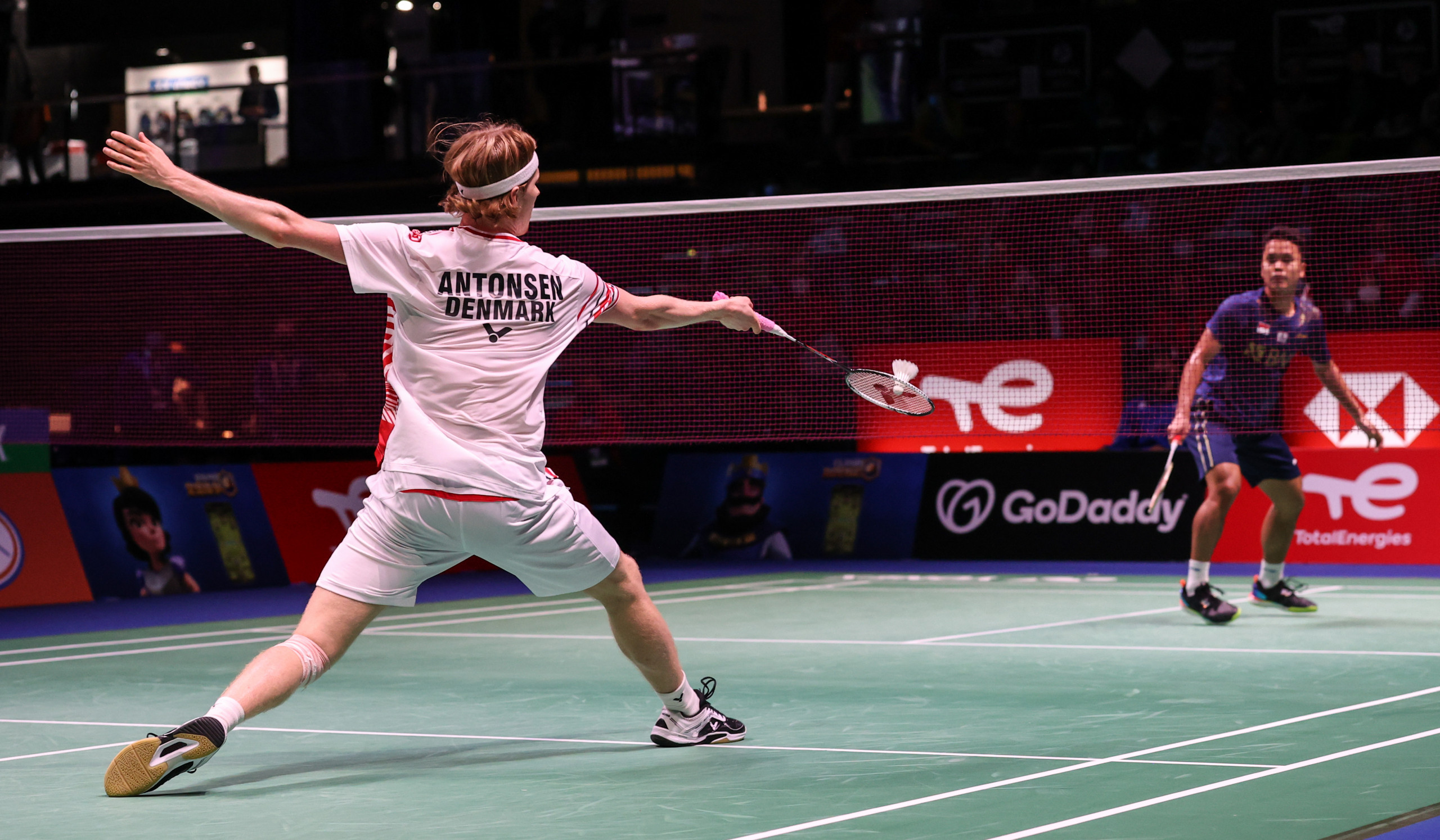 Anders Antonsen earned his revenge over Anthony Sinisuka Ginting for his Tokyo 2020 loss, but Indonesia were able to make their way past Denmark to the top of Group C thanks to their strength in doubles.

There was much at stake for Antonsen against Ginting, for the Dane hadn’t beaten his opponent in four previous matches. Today he found the answers, and Ginting was never really in the match as he went down 21-9 21-15.

“That loss (Olympics) has been a tough one to swallow, so I had been looking forward to get my revenge against him. I have played him four times before and lost all of them. I am very happy to finally overcome him,” Antonsen said. 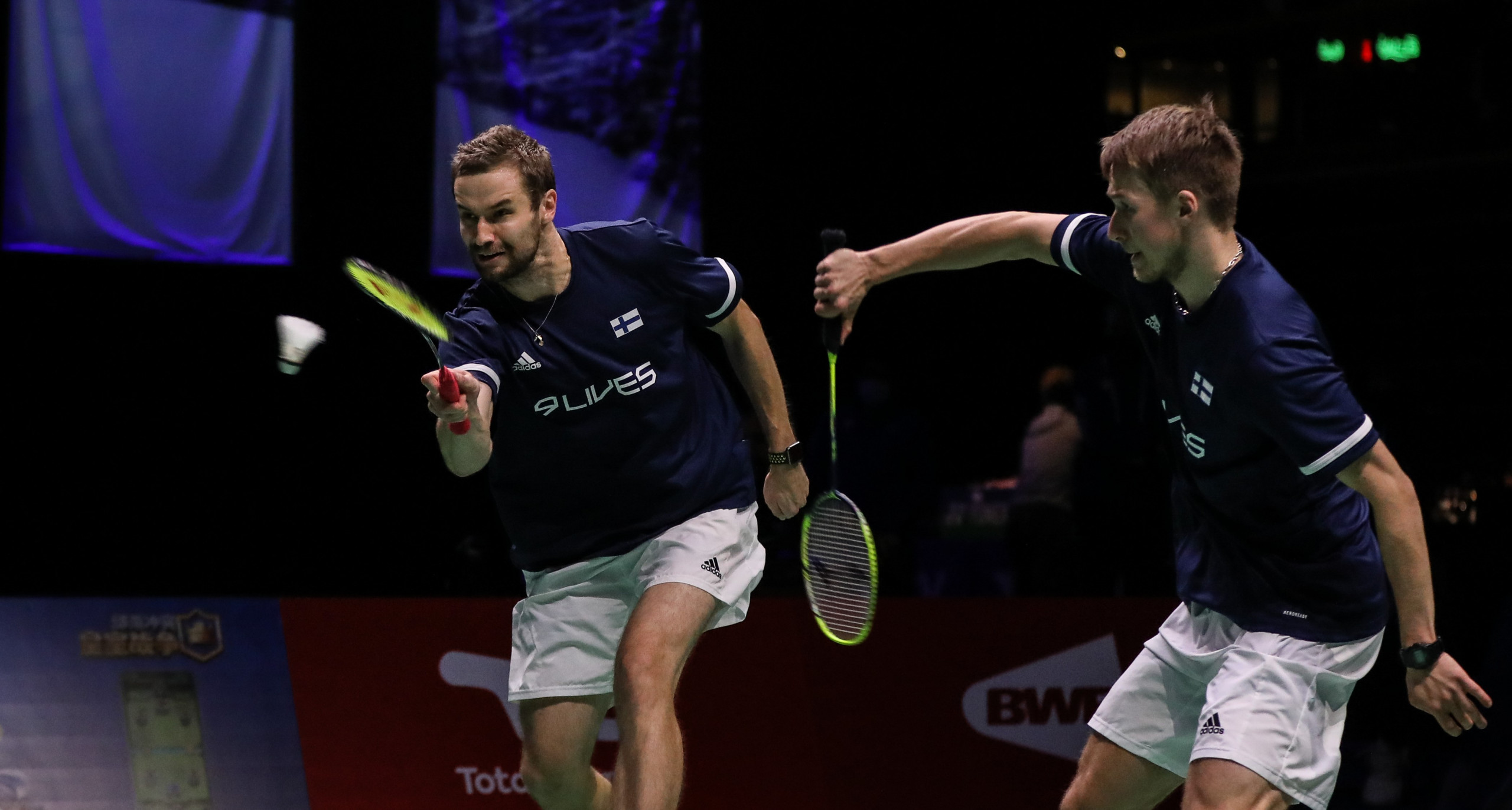 Anton Kaisti (left) and Jesper Paul got a first win for Finland.

Finland had their moment to cherish with Anton Kaisti and Jesper Paul beating India’s MR Arjun and Dhruv Kapila. Although the Indians had taken the tie by then, the Finnish victory in men’s doubles was lustily cheered by the crowd.

“It’s unbelievable, we were having fun. To get the first win for Finland, and against this pair, I can’t put it into words,” said Paul. “They were good at the flat and fast game, so our plan was to take the net away from them. It’s amazing, it hopefully pushes a lot of people to train harder and play badminton.”

Finland earlier had sighted a possible win in the men’s singles, with Kalle Koljonen taken the opening game against Kidambi Srikanth, but the Indian kept things tight until Koljonen eventually flagged from the pace.