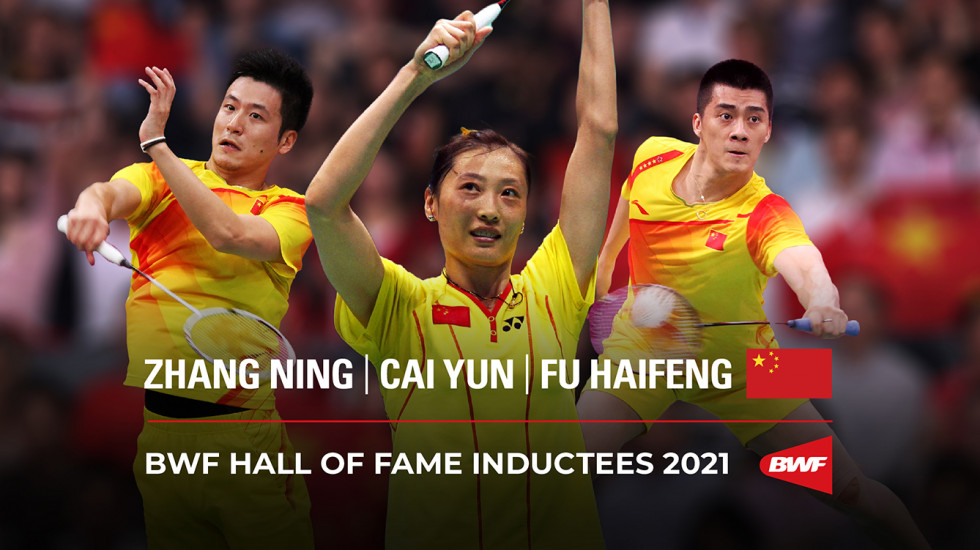 Olympic gold medallists Zhang Ning, Cai Yun and Fu Haifeng have been inducted into the Badminton World Federation (BWF) Hall of Fame. The trio from China will be officially recognised at a virtual ceremony and media event hosted by BWF on Wednesday 16 June 2021.

Zhang, Cai and Fu were key figures in China’s formidable dominance of Major Championships during the 2000s and early 2010s, and demonstrated tremendous skill, talent, sportsmanship and longevity.

BWF President Poul-Erik Høyer lauded their stellar achievements during their careers and labelled them as instrumental figures in the history of the sport.

“They played at an incredibly high level, which helped them win every major title in badminton. Most importantly, the standards they set will always be a challenge for younger generations of players who seek to emulate them.

“I congratulate them on entering the BWF Hall of Fame, which is a well-deserved recognition for these three great players from China.”

Click Here for the BWF Hall of Fame Honour Roll

The players will be recognised at a virtual ceremony and media event starting 2pm on Wednesday 16 June 2021.