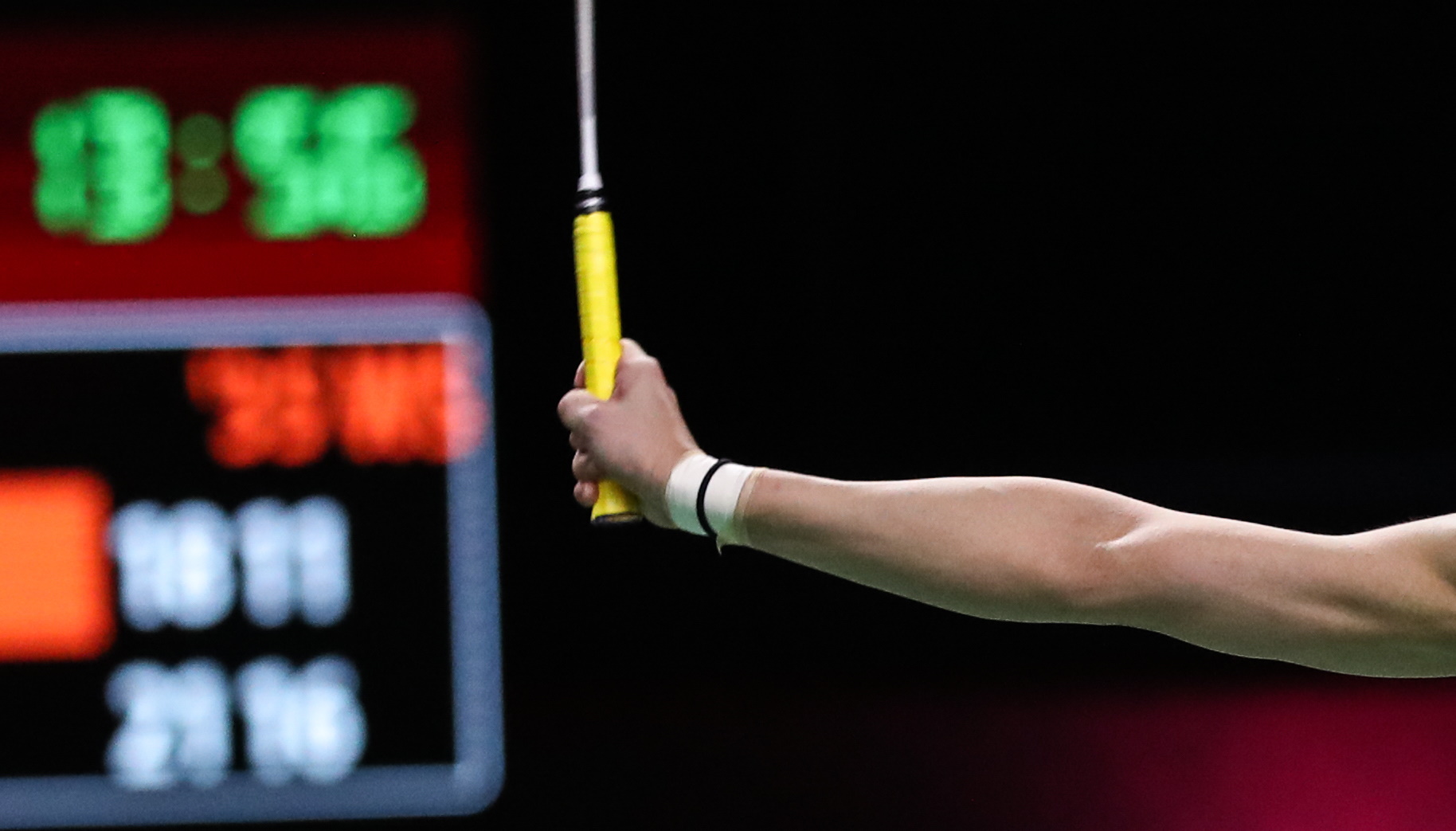 To complement the on-court play testing of the proposed new scoring system in event conditions, the BWF invested in professional statistical analysis and comparison of the existing scoring system (3×21) against other potential systems, including 5×11 and 3×15, with various setting and game-ending variations.

The baseline statistical model used for these simulations was created by using the historical TournamentSoftware database of international results and substantial testing was conducted to check the accuracy of the model. The model was also used to test the variations of results from each individual discipline.

The test model was created in cooperation with BWF and BWF’s data suppliers, which gave access to the complete historical database of matches, player rankings and point progression information. The model is carried out at the rally level where each player or pair has a constant probability of winning each rally. Rally outcomes are assumed independent of one another and the model has been validated by analysis against trial events.

Match-winning probabilities in the trial system are practically identical to those in the current system.

Due to the shorter and increased number of games in the trial scoring system, a weaker player has a good chance of winning at least one game.

The length of the match is shorter under the trial system, particularly in uneven matches.

As with the current system where players display equal levels of ability, setting has no influence. In the current system, when the first player reaches 11 points, he will have more than 75 per cent chance of winning the game even with players of equal strength, hence already making the outcome of the game quite certain.

Under the proposed system, it is quite likely for the losing player to win a game even if he eventually does not win the match. This affects the length of the match in different ways according to the scoring system:

Number of Rallies in Match 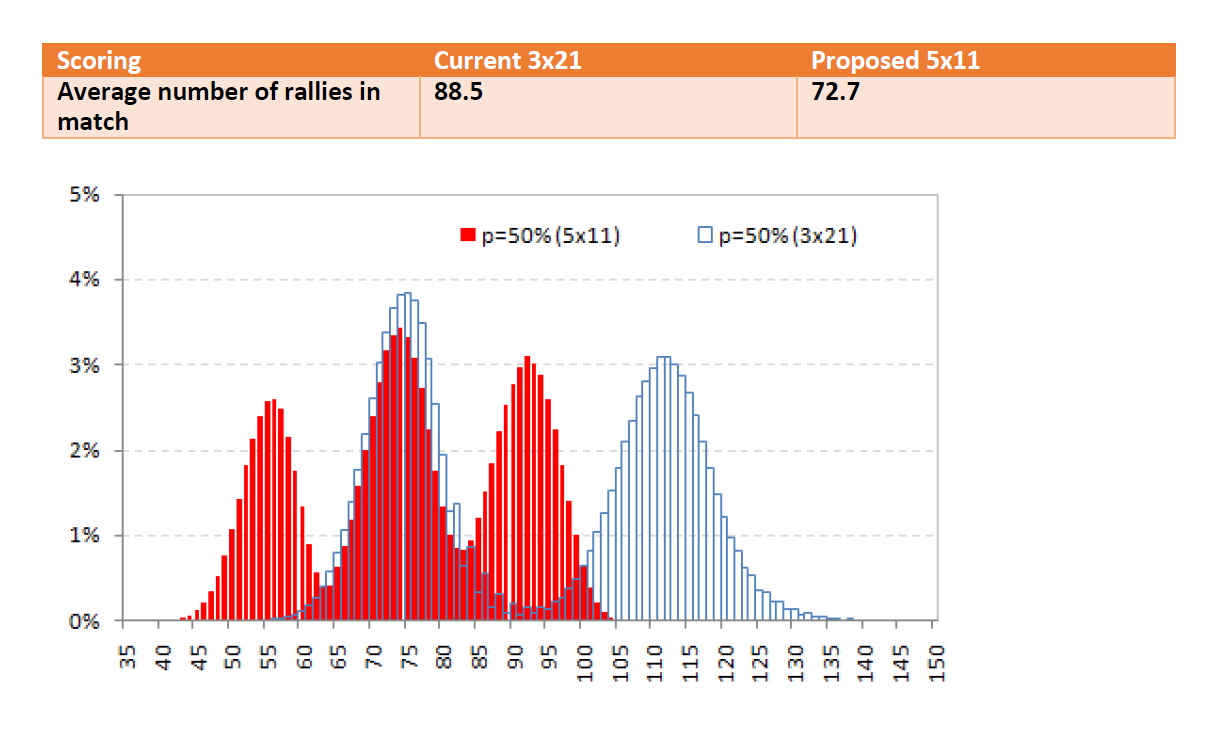