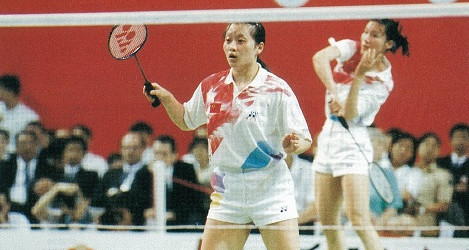 When Susi Susanti ended five consecutive seasons as the winner of the World Badminton Grand Prix Finals from 1990-1994, badminton aficionados expected her record to stand for ages. 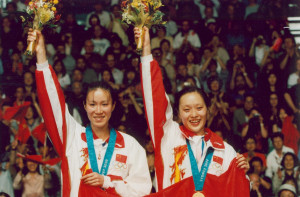 Ge Fei and Gu Jun with their second Olympic gold at Sydney 2000.

Coincidentally, the run started the same year Susanti lifted her last title in 1994, then peaked in 1999, on 5 December, in Brunei’s capital city of Bandar Seri Begawan.

On the day, Koreans Chung Jae Hee and Ra Kyung Min were the opponents, or rather the victims, who were seamlessly batted aside by the world champions in a one-sided match 15-2 15-4.

Laudably, the victory over the world No.2 pair was achieved in straight games for the fifth year in a row and against the sixth different challengers in as many finals.

Today marks 21 years since the two-time Olympic champions went into the record books. No shuttler has come close to their unique accomplishment at year-end tournaments to crown the best players of a season.