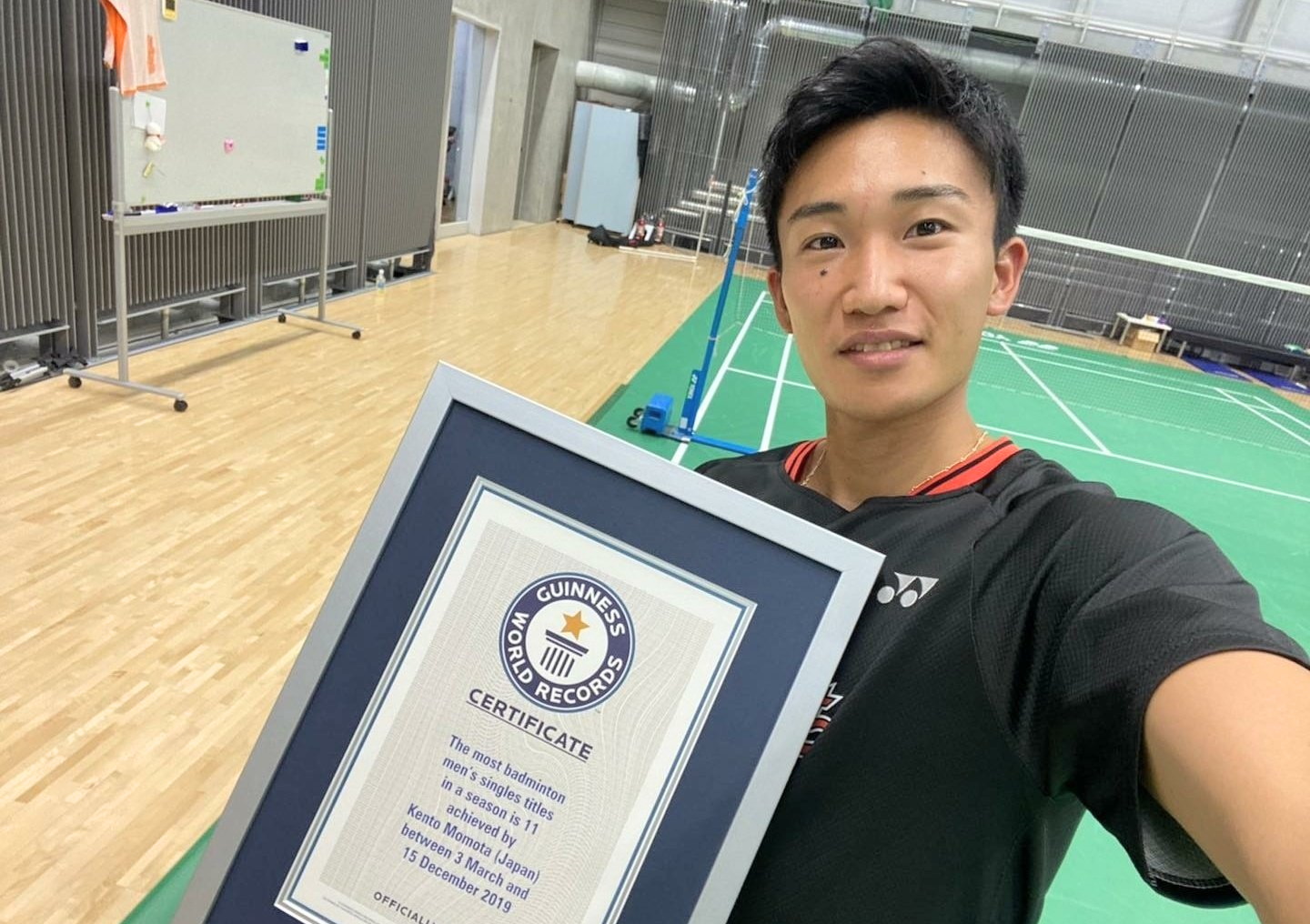 World No.1 Kento Momota’s stellar performance last year has been recognised by Guinness World Records. Momota, who won 11 tournaments in 2019, received a citation from the record-keeping organisation for “The most badminton men’s singles titles in a season”, which bettered the mark that was earlier set by Lee Chong Wei with 10 titles in 2010.

“I’m very happy to be certified as a Guinness World Record holder,” said Momota on his Instagram account. “It’s not just my strength, but the support of the people around me. I will do my best to play badminton every day so that I can break this record too. Thank you for your continued support!”

Momota started the season with a shock first round loss at the Malaysia Masters, and was then beaten in the final of the Indonesia Masters by Anders Antonsen.

His first title for the year came at the German Open; he followed up by capturing the All England. After a second round loss at the Malaysia Open, Momota won back-to-back crowns in Singapore and Wuhan (Badminton Asia Championships).

After wrapping up the season with the year-ending title, Momota said: “This is the most difficult of all the tournaments, since all the top players were here, so I’m really happy to win this. I’m also happy that I’ve won 11 tournaments this year, it’s a great memory. Now I must look forward and continue to get better.”