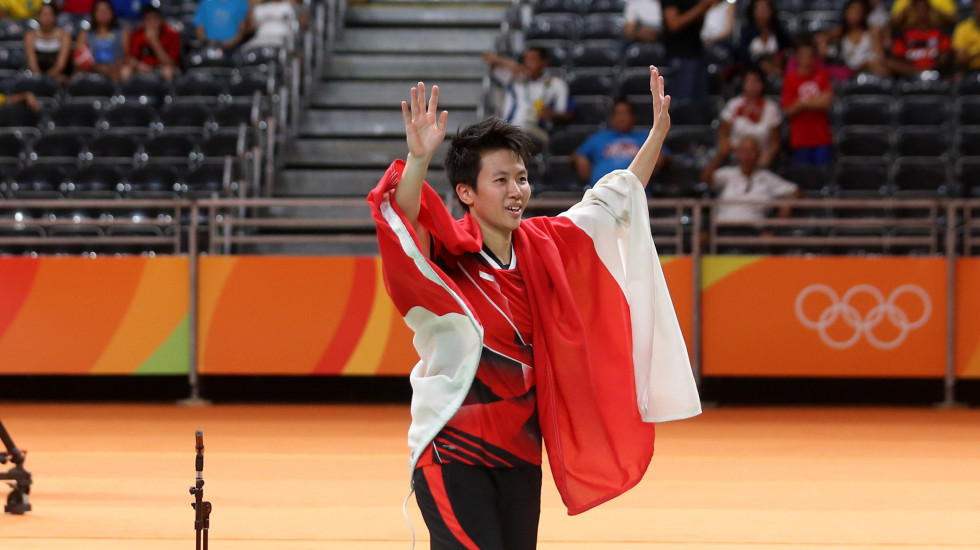 Natsir, who has an Olympic gold to show for from the last decade, was the overwhelmingly popular choice in the decisive poll against Malaysia’s men’s singles king Lee Chong Wei, garnering 82 per cent of the 4,254 votes.

Lee had earlier beaten another Indonesian doubles icon in Hendra Setiawan to the Men’s Shuttler of 2010s crown while Natsir saw off Chinese Taipei’s Tai Tzu Ying in the women’s category.

Natsir, whose tactical awareness and front court flair were deemed exemplary, is viewed as one of the most talented mixed doubles players in history.

Her 2010s was indeed trophy-laden – she retired last year having won four World Championships titles and an Olympic gold medal. She also finally became an Asian champion in 2015.

2014: Natsir and Tontowi Ahmad became the only shuttlers to win three straight All England titles.

2016: Only the second Indonesian woman to win Olympic gold.

2016: The first player from her country to play in two Olympic finals. She won silver at Beijing 2008.

2016: She and Ahmad became the first Indonesian mixed pair to achieve Olympic success.