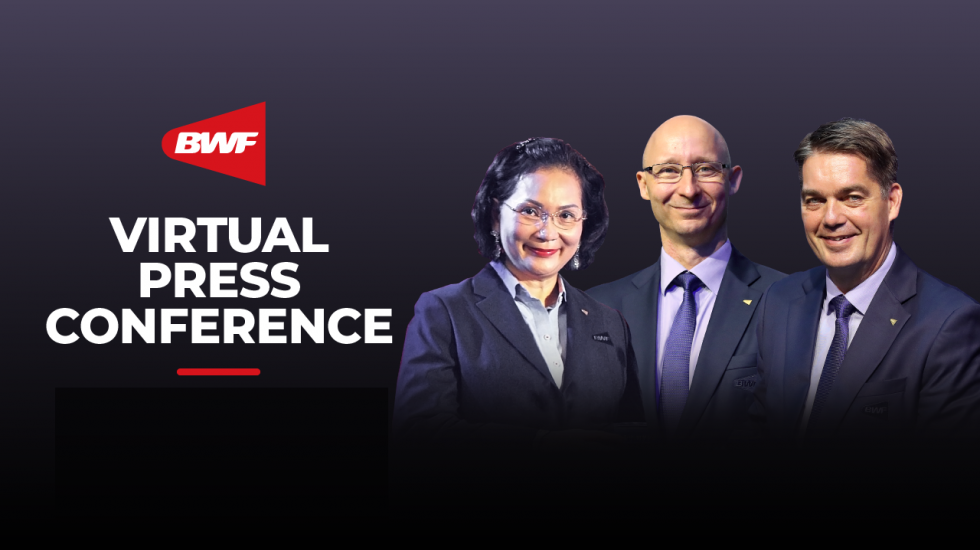 BWF’s keenness in getting badminton events going once again despite challenging circumstances, and with due considerations for the health and safety of all those involved, was emphasised during a virtual press conference today.

Questions ranged from BWF’s decision to conduct the Asian leg of the 2020 season in January 2021, comparisons with other sports that have restarted tournaments, and safety protocols in place in Thailand.

BWF President Poul-Erik Høyer expressed his sympathy for players under the current difficult circumstances, while reiterating BWF’s commitment to get tournaments started as early as possible.

“We are here for the players and we’re trying our best to get tournaments up and running,” Høyer said.

Asked why BWF had chosen to conduct the Asian leg in January 2021 and not in November 2020, Lund charted the complexity of the process.

“We had planned the European leg which included the TOTAL BWF Thomas and Uber Cup Finals and two Denmark Opens in October. At the same time we announced we would plan an Asian leg. Setting up that level of events is a complex and big exercise. Simply due to time constraints, we are not able to conduct it before January, which was found to be the best time to get the logistical arrangements in place.”

Lund noted that a lot of effort had gone into planning the resumption of the circuit, with the DANISA Denmark Open (13-18 October 2020) marking badminton’s long-awaited return.

While a few other sports had restarted their circuits, Lund said badminton faced challenges of a vastly different scale.

“The challenges are not as big if you don’t have to cross so many national borders. In our normal tournament structure, we have 300 to 400 players coming from 40 to 60 countries. The big challenge here is that we need them getting out of their countries, and then getting in to the host countries, with quarantine restrictions and so on, which are being dealt differently in different places. That creates a complexity in getting that many people together in one location. That’s what we are trying to bridge by creating this cluster in Thailand, where we can play a number of tournaments in the same location.”

Lund added that it was possible that the cluster model would be adopted for more tournaments if found suitable.

“We are looking into whether we can replicate that into further clusters in 2021. That’s part of the exercise we’re going through at the moment. This could be a blueprint on how we can conduct tournaments in an Asian leg, and how we can move that on in further cluster tournaments. But there are financial complexities that we are working to get through.”

Detailing the safety measures that would be in place for the Asian leg, Khunying Patama Leeswadtrakul, also the President of the Badminton Association of Thailand (BAT), said all efforts were being taken to ensure the safety of participants.

“The safety and health of the Thai people and of the participants is our top priority. We have consulted with numerous Thai authorities to decide the most efficient COVID-19 safety measures. We came up with the bubble protocols which will be implemented during that period,” said Leeswadtrakul.

Leeswadtrakul was confident of Thailand delivering high-quality events during the Asian leg, and invited journalists to attend.