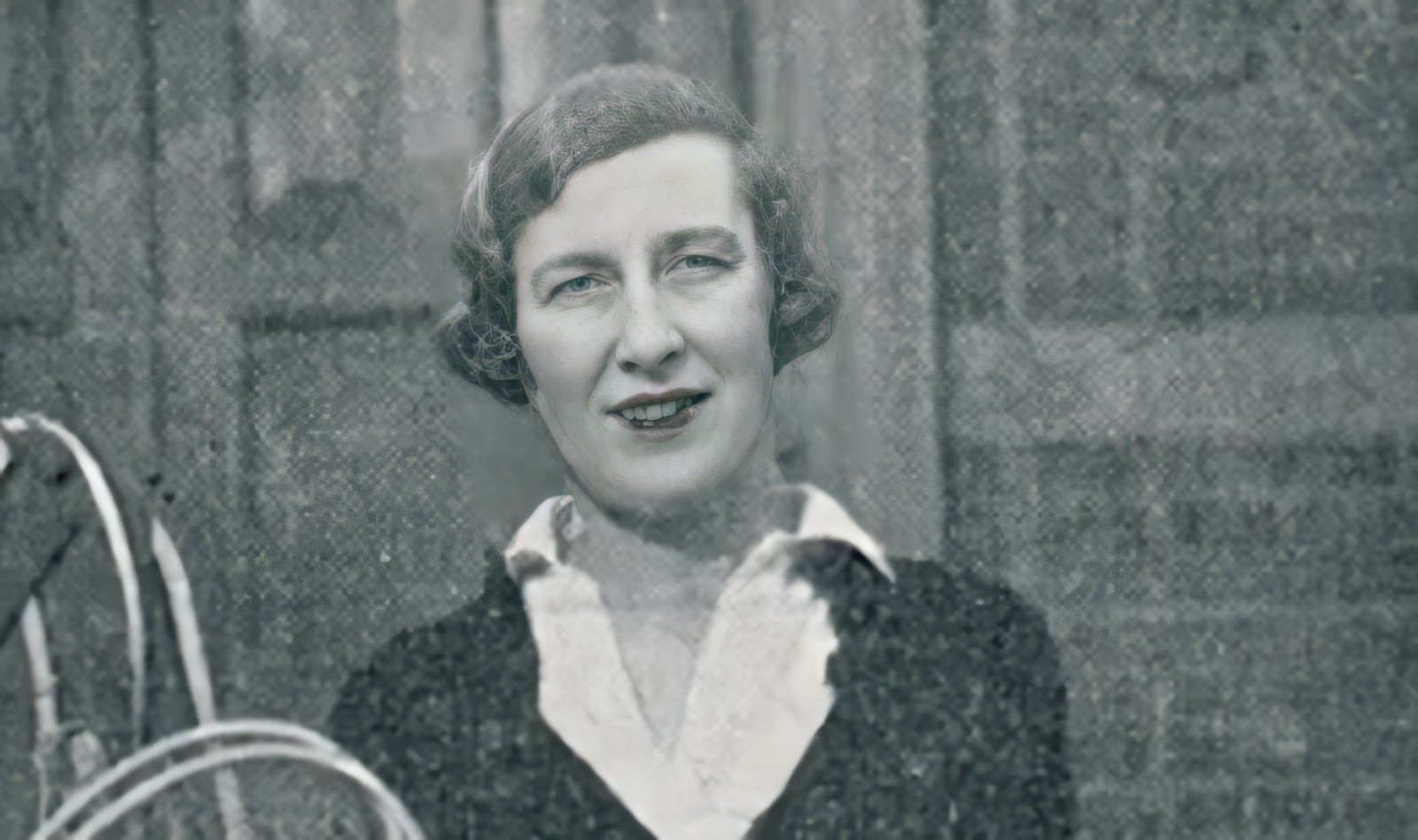 Her name may forever be associated with the Uber Cup, but Betty Uber had a magnificently decorated career as a player as well.

In fact, she was the dominant star of the 1930s and swept home 13 All England titles – with 12 won in nine years. Her 13th success was delayed by the outbreak of World War II and arrived belatedly in 1949 in women’s doubles with Queenie Allen, remarkably at the age of 44. She had won three earlier in the discipline alongside Marian Horsley (1931) and Diana Doveton (1937, 1938).

Despite hits across three categories – she was a singles champ in 1935 – it was in mixed doubles that Uber excelled the most, gracing the top of the podium eight times over as many years. Seven triumphs came back-to-back – 1930-1932 with husband Herbert and 1933-1936 with Donald Hume. Her final mixed crown was clinched in 1938 when she was partnered by Raymond White.

To boot, Uber holds a badminton record that is hers for keeps.

In 1948, she became the earliest shuttler in history to win 50 consecutive international matches. In one of those matches, she incredibly won 30 straight points – giving neither opponent nor partner the chance to serve.

Born Elizabeth Corbin, Uber enjoyed success elsewhere too – she retired with 14 Scottish Opens and 12 Irish Opens amongst a host of trophies.

Uber also competed at Wimbledon (singles and doubles) between 1929 and 1946. Her best singles performance at the prestigious tennis tournament was in 1930 when she reached the fourth round.

In 1950, Uber ideated the Ladies’ International Championship. She would later design and donate the trophy for the Uber Cup.

Admired by the sporting community of her era for her longevity, Uber was inducted into the IBF (now BWF) Hall of Fame in 1996 as an inaugural member.

Uber and her husband were the first married couple to win an All England title. 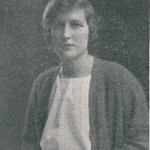 A young Uber in Badminton Gazette in 1925. 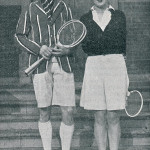 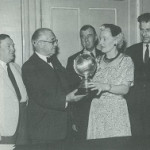 Uber presenting her famous trophy to IBF in 1956. 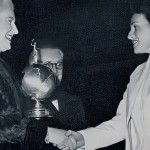