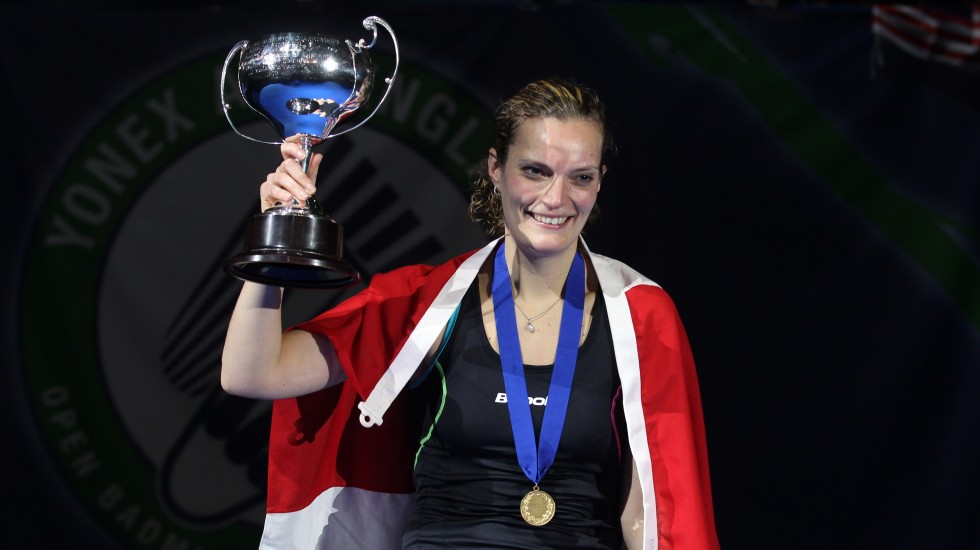 Tine Baun was an unusual sight in women’s singles. 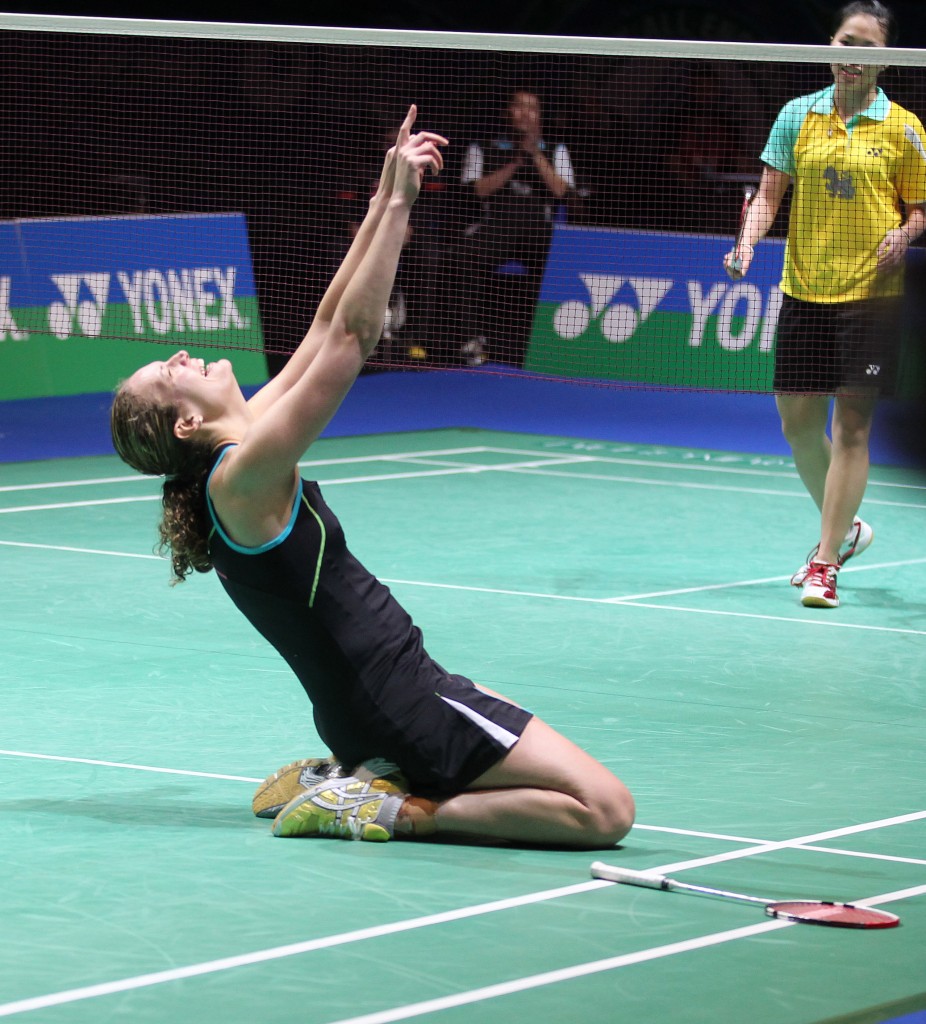 Tine Baun celebrates after winning the All England 2013.

Standing 181cm, Baun (nee Rasmussen) used her reach to tremendous effect. While her movement did appear ungainly at times, her long strides and steep attacking shots helped her become the premier European women’s singles player of her time, and one of the very few to challenge Chinese domination in her discipline.

In fact, it was Baun who showed the way for the rest of the world in the latter half of the 2000s.

Baun’s time coincided with that of greats like Xie Xingfang and Zhang Ning, and the rise of the next generation of Chinese like Wang Yihan, Wang Shixian, Wang Lin, Lu Lan, Wang Xin and Jiang Yanjiao.

While Baun did have her troubles against some of the top Chinese (Xie Xingfang, for instance, had a 10-1 record against her, while Wang Xin was 9-0), she did stitch up a creditable record against most of her top opponents.

At the Japan Open 2007 came her biggest success until that point, as the Dane beat several top Chinese in succession – Jiang Yanjiao, Zhang Ning, Lu Lan and Xie Xingfang.

Over the next few years, she would win other major events – but none would be as memorable as her final one, the All England in 2013. Having announced that she was headed for retirement, Baun set up a final with the much-younger Ratchanok Intanon after a thrilling semifinal victory over Sung Ji Hyun.

The final was another three-game affair, and it ended with Baun giving herself the perfect retirement gift – her third All England title.

Vote: Which of Tine Baun’s matches would you prefer to see?