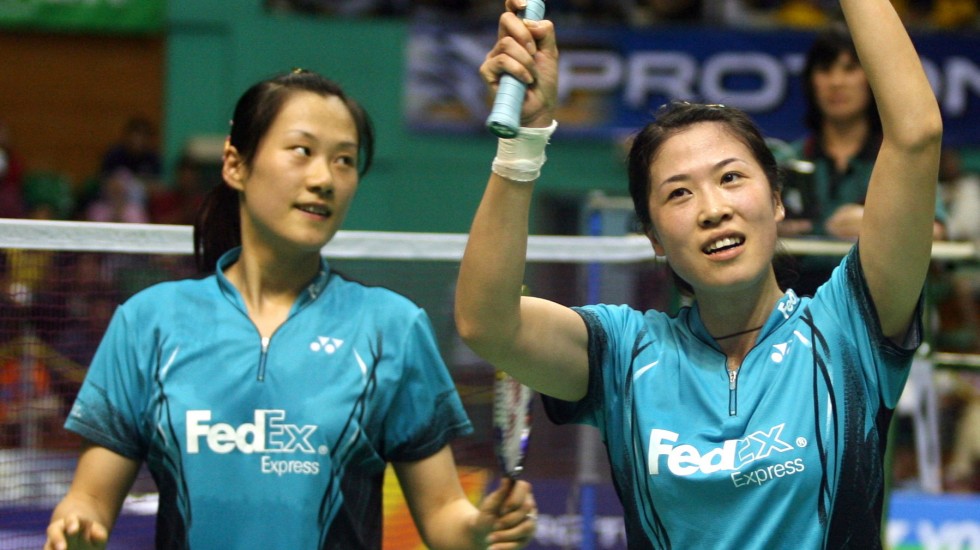 Gao Ling (right) and Huang Sui were the most accomplished women's doubles pair of their time.

Few women’s doubles pairs evoke the awe that Gao Ling and Huang Sui did in their prime.

Gao was a versatile genius in her own right – having won Olympic and World Championships with Zhang Jun in the mixed – and she found an able ally in Huang Sui in the women’s doubles. Gao was an exceptional forecourt player, who even smiled frequently in the tensest of situations, and with Gao providing the firepower from the back, there were few occasions when they were stopped.

The duo were successors to another great pair, Ge Fei/Gu Jun, whose triumphs they replicated at major events.

The All England was their favourite hunting ground. Ge/Gu had already performed impressively there, winning four titles, but Gao/Huang took it to another level, winning a record six straight titles between 2001 and 2006.

At the World Championships they were as formidable, winning three titles in five straight finals.

The only pair who managed to thwart them from time to time was their nearly-as-accomplished compatriots Yang Wei/Zhang Jiewen, who beat them in two World Championships finals and the 2004 Olympics title clash.

Gao and Huang were vital components of China’s all-conquering women’s team as they dominated the Uber Cup, Asian Games, and all major events through the first decade of the 2000s.

After the retirement of her regular partners Zhang Jun and Huang Sui, Gao had short and successful stints with Zheng Bo (mixed) and Zhao Tingting and Wei Yili in women’s doubles.

Vote: Which of Gao/Huang’s matches would you prefer to see?