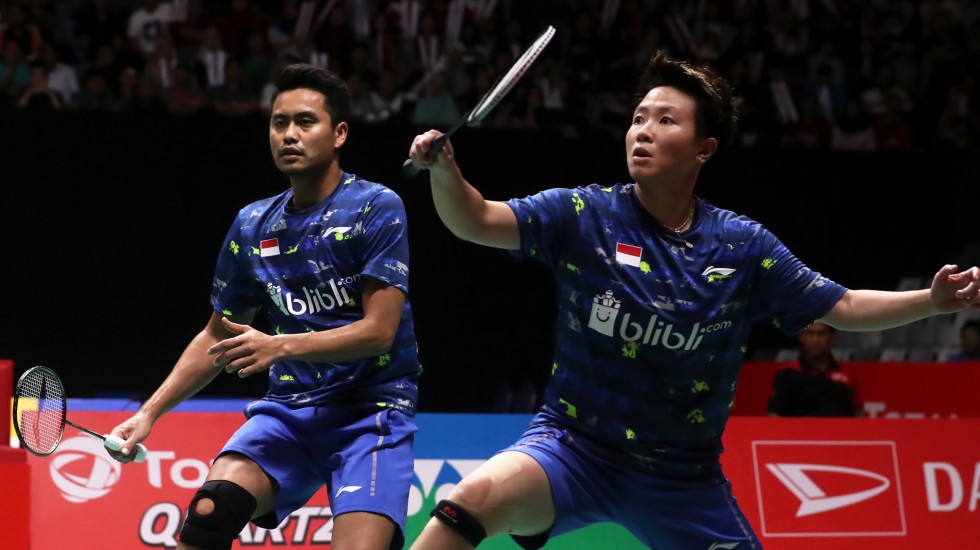 Tontowi Ahmad and Liliyana Natsir were a distinct combination; their unique gifts complementing each other and helping them achieve success on the biggest stages.

Yet, much was dependent on Ahmad’s consistency, for Natsir was rarely out of touch. When Ahmad found his game, the pair was nearly unstoppable, as they showed in Rio 2016 when they demolished defending champions Zhang Nan and Zhao Yunlei in the semifinals and cruised past Chan Peng Soon and Goh Liu Ying in the final. But Ahmad also had nightmarish days; the most prominent of these was at the World Championships 2015 on home turf, when the Indonesians slipped from two match points up against Zhang and Zhao in the second game of their semifinal; their morale down, they sleepwalked through a disastrous third game.

What made this pair exciting was the delightful shotmaking abilities of Ahmad and Natsir’s playmaking at the front, and the unpredictability of how things would unfold.

Ahmad and Natsir’s title victory at Rio 2016 created history for Indonesia, as it was the country’s first Olympic gold in mixed doubles.

Vote: Which of Ahmad/Natsir’s matches would you prefer to see?

Vote for your Fans' Match of the Week 👇