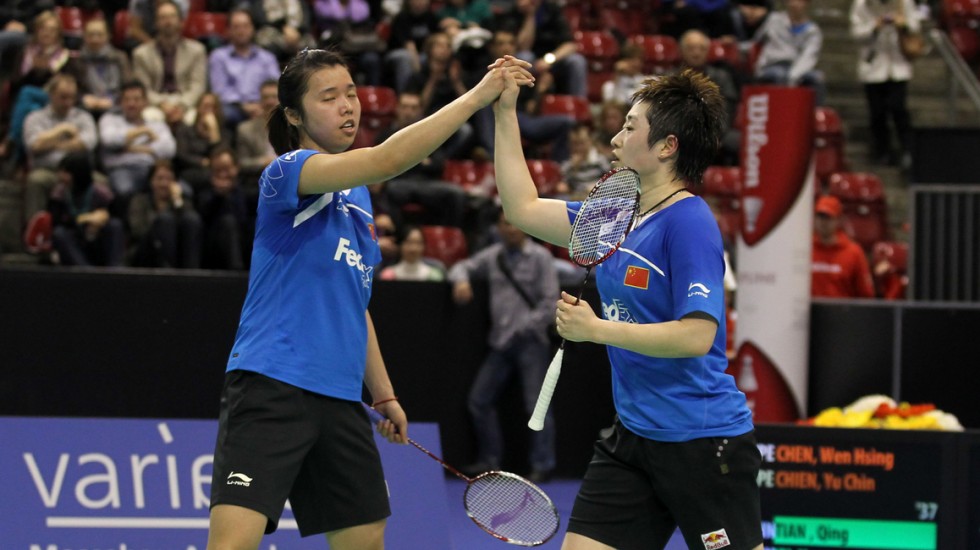 Tian Qing and Yu Yang celebrating at the end of the Swiss Open 2010 final.

When it comes to women’s doubles, very few can rival Yu Yang’s CV.

The former Chinese shuttler has three world titles (2010, 2011, 2013) and an Olympic gold medal (Beijing 2008) amongst a collection of other big titles won in a professional career that lasted more than 10 years. Her achievements are made even more remarkable by the fact they were not all accomplished with the same partner.

Success started coming Yu Yang’s way fairly early and the World Junior Championships girls’ doubles title won with Tian Qing in 2004 was the one that made the badminton fans sit up and take notice.

The victory resulted in expectations for the pairing to go on and dominate at senior level but as history eventually showed, it never quite panned out that way.

The duo only ever became champions together once – 10 years ago today at the Swiss Open when they beat Japan’s Miyuki Maeda/Satoko Suetsuna 21-16 21-13 to reign supreme in Basel.

Yu Yang proved more successful alongside regular sidekick Du Jing, with whom she won her four most prized titles while Tian Qing formed a partnership with Zhao Yunlei that brought an Olympic crown and two World Championship medals.

Yu Yang and Tian Qing are both retired now.