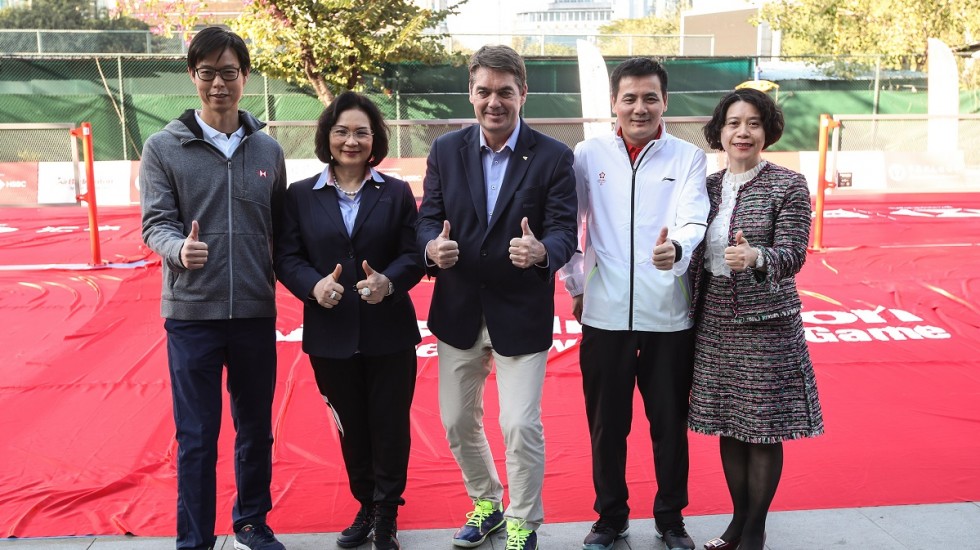 Following the successful launch of AirBadminton in Guangzhou in May, the BWF together with its Global Development Partner, HSBC, announced they are delivering a number of permanent AirBadminton courts on various surfaces for public usage as part of their community outreach programme.

The first of these courts were unveiled at a special exhibition at the Tianhe Gymnasium in Guangzhou, China, in conjunction with the HSBC BWF World Tour Finals. 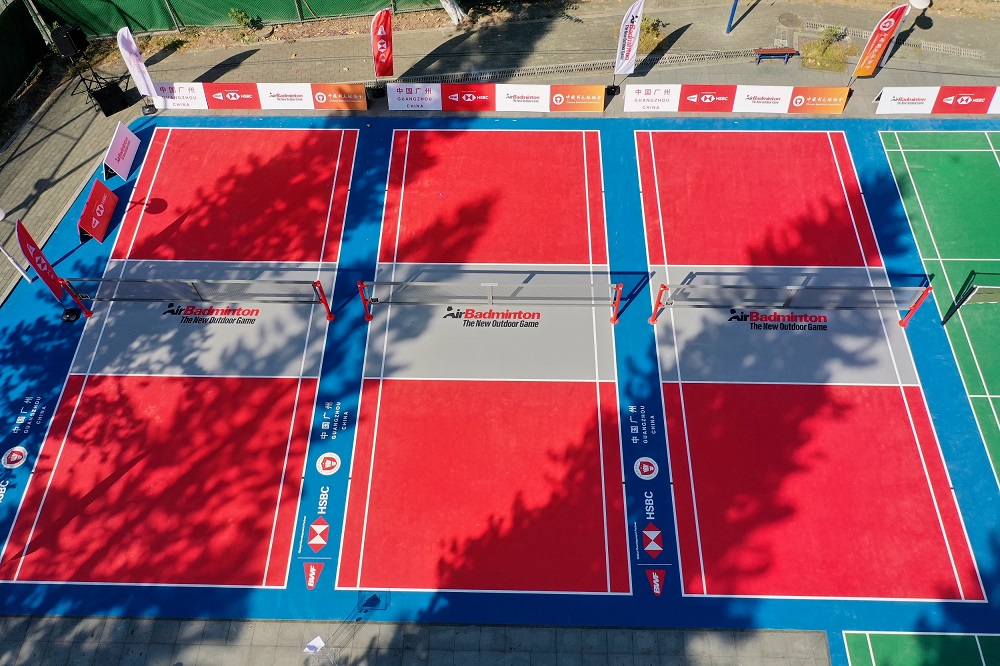 President Høyer said the aim of the project is to increase accessibility to AirBadminton by constructing public courts for communities to use.

“We have been working very hard with HSBC and our friends at CBA and GSB to transform under- utilised spaces and install permanent AirBadminton courts in available public areas,” Høyer said.

“This is something we are very excited about and something we believe will be a game-changer for the development of AirBadminton and the sport in general.

“If successful, we hope to see permanent AirBadminton courts erected all around the world.

”It is also the perfect timing as we expect the first AirShuttles to be on the shelf and available for public purchase globally early next year.”

The AirBadminton project has been five years in the making, starting with a vision to develop a new outdoor shuttlecock, the AirShuttle, with increased durability, stability and wind resistance to allow people to have a more positive experience of badminton outdoors. 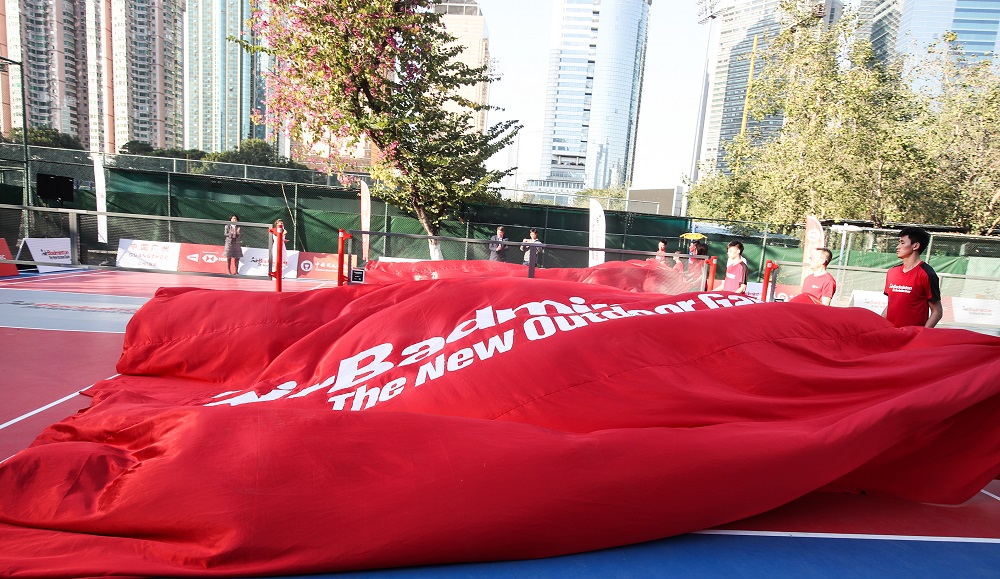 Three new permanent AirBadminton courts were unveiled to the public.

An underlying objective of AirBadminton is to promote the health and social benefits of the sport.

Speaking at the unveiling ceremony, Liao said: “We are hugely excited to see the first outdoor badminton courts put into use in Guangdong, a region that is so passionate about badminton as well as being strategically important for HSBC.

“This is not only a major step in the development of AirBadminton that aims to bring more benefits of playing badminton to the community, but also a good demonstration of our long- term commitment to community development.”

Local junior players from the Guangzhou Badminton Academy christened the new permanent outdoor courts, while fans at the HSBC BWF World Tour Finals also had the chance to try out AirBadminton at the fan activation zone.

“We believe these new public courts will make badminton more accessible to more people and create a platform for them to share a healthier, better and more inclusive life with each other,” Liao added.

More information on how communities can access these courts can be found here: www.airbadminton.sport.

The first AirShuttles will be available on the market in the first quarter of 2020.