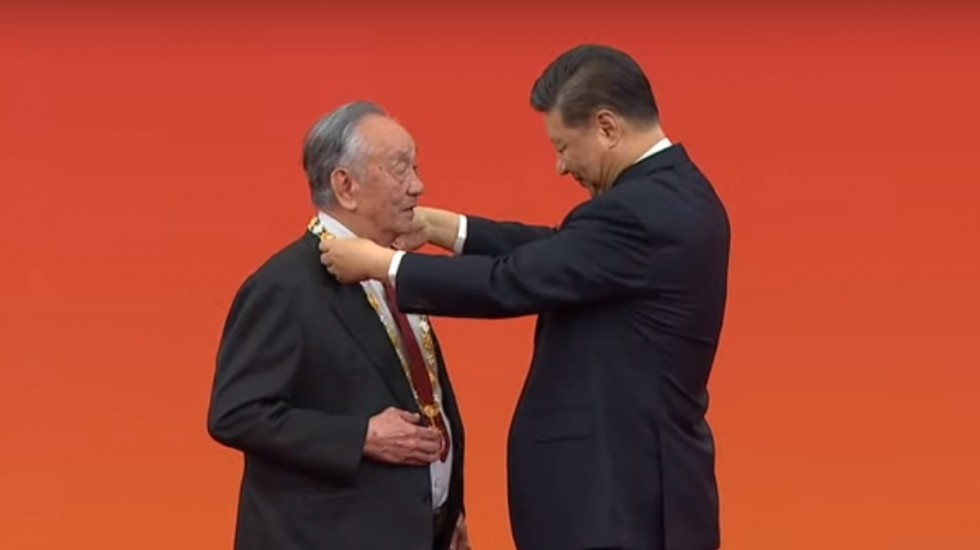 Wang Wenjiao being honoured by President Xi Jinping during the 70th Anniversary celebrations.

Wang Wenjiao, China’s pioneering badminton head coach who was honoured by President Xi Jinping at the country’s 70th anniversary celebrations in September, said he felt “lucky” that his contributions were recognised. 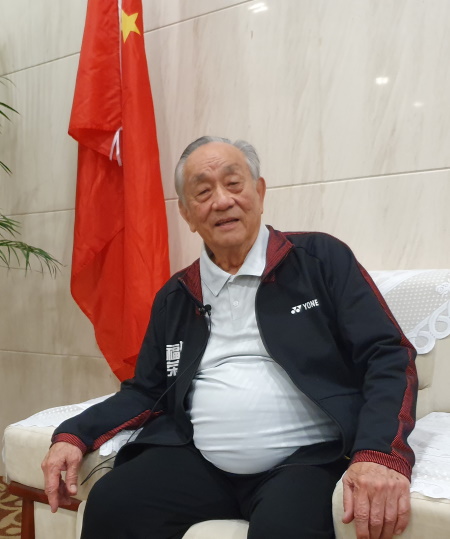 The award was given on 28 September 2019, and Wang was among 42 prominent citizens honoured at the gala. Significantly, he was the only awardee for sport.

“I feel great and thankful because my country has remembered me. I thought I was forgotten. I wasn’t prepared for this. It feels like a big surprise,” said Wang, during the recently-concluded Fuzhou China Open.

“There are many citizens who have contributed to the country, so for me to get this honour feels special. I feel very lucky that my contribution to badminton has been recognised.”

Wang, who was born in Solo in Indonesia, was invited to his ancestral land in 1954 to develop China’s first national training programme in badminton. Along with his friend Chen Fushou, he set about popularising the sport and identifying prospects. Among his early batch of trainees were Tang Xianhu, Hou Jiachang and Fang Kaixiang, who achieved great success at Asian events and friendly exchange events in Europe – but were unable to compete internationally as China weren’t affiliated to the IBF.

Once they entered international badminton in the early 1980s, China immediately made an impact. They won their first Thomas Cup in 1982 and the Uber Cup in 1984. From those spectacular early years, China have continued to remain one of badminton’s powerhouses through the years.

Wang, who served as head coach until the early 1990s, was a Council member of BWF and was honoured with the Lifetime Achievement Award in 2015.

Wang recalled with fondness his association with the city of Fuzhou: “Fuzhou is where we started the development of Chinese badminton. Since then, it has progressed very fast.

“When we came here in the 1950s, the houses were built of wood. It was different from what we see now. The provincial government has put a lot of emphasis on developing the sport. I see that they are now the main sponsors of the event, which never happened earlier.”