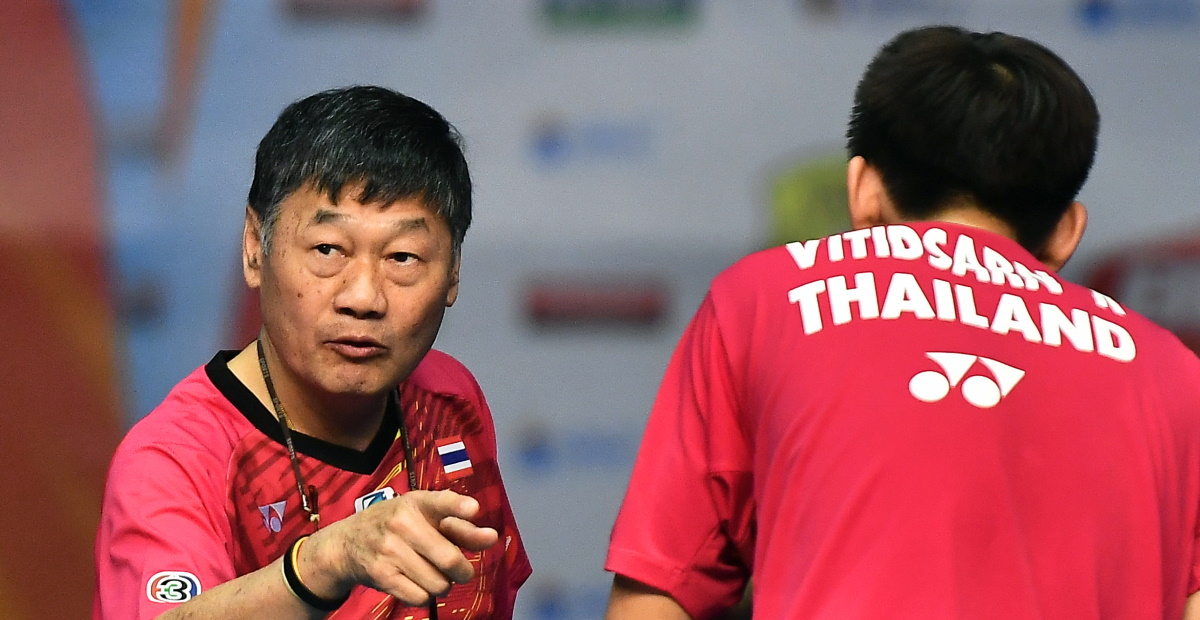 Three titles in a row at the BWF World Junior Championships is a significant achievement, but for hattrick hero Kunlavut Vitidsarn’s coach Udom Luangphetcharaporn, the real battles appear to lie off court than on it.

In Vitidsarn the veteran coach sees a potential champion at the elite level, but for that, he believes the young champion should get hungrier on court while being mindful of his appetite off it. 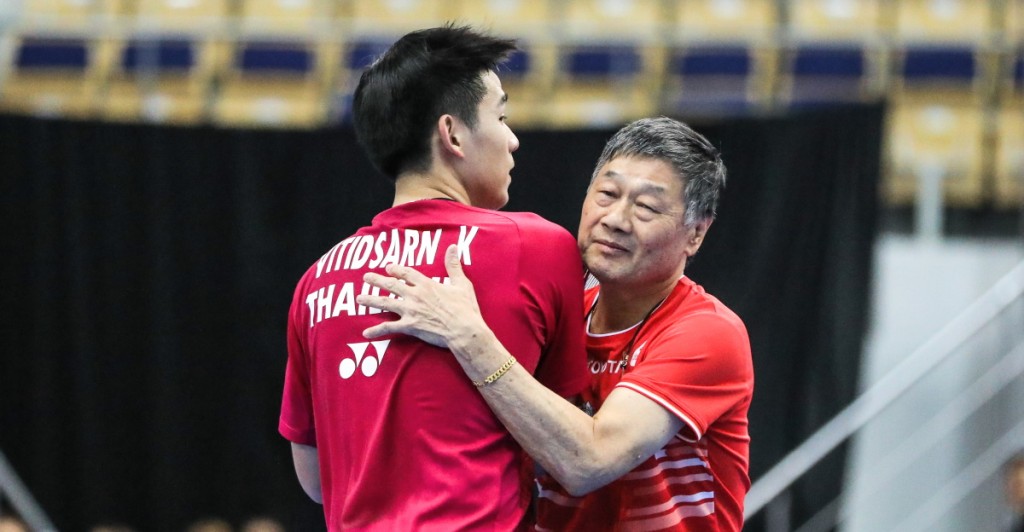 A happy coach with his ward after the hat-trick was achieved in Kazan.

Udom trains Vitidsarn at Bangthongyord Badminton School, which is also the training centre for other Thai internationals like Ratchanok Intanon and Phittayaporn Chaiwan. He recalls with some distaste his ward’s sudden spurt in weight recently due to his struggle to control his diet.

“He has to develop his speed, and control his weight. It’s important that he control his diet. If he can do that, he will be much faster and can take on anyone.”

Luckily for them, Vitidsarn has time on his side. Vitidsarn, who turned 18 last May, has been the standout men’s singles player in the juniors, while making inroads at other tournaments. This year he won the Iran Fajr International, the Polish Open and the Spanish International, beating players like Li Shi Feng, Rasmus Gemke and Toby Penty on the way.

Udom senses that it won’t be long before Vitidsarn makes his big breakthrough at the senior level, for he believes the young Thai has the all-round ability and the mental strength that marks him out as a potential champion at higher levels.

“His special quality is that the way he plays makes it very difficult for opponents to read where he’s going to hit, what direction the shot is coming,” says Udom. “He has many variations in shots and at the net. He can play difficult shots. In that sense, his skill is similar to Boonsak’s (Ponsana).

“He has the skill to play anyone. He can be top 10, he has already beaten many good players. If he’s fit, it’s no problem. He’s already so good. You can see he played so many tournaments this year and he could win a few. He made several finals. It means his mind is tough.”

Thailand has been relishing success in men’s singles, with the most spectacular rise being that of Kantaphon Wangcharoen, who shot up from No.58 at the beginning of last year to his current ranking of No.12. Others in the reckoning are Sitthikom Thammasin (No.23), Khosit Phetpradab (No.34) and Suppanyu Avihingsanon (No.44).

With the pressure of the World Junior hat-trick now off their minds, Udom says the focus will shift to shaping up Vitidsarn for the World Tour. Tokyo 2020, he acknowledges, is probably too early for Vitidsarn – a more realistic goal would be Paris 2024.

“Next year I will try to push him to the top level of the World Tour. If he can control himself, he won’t take long. Maybe in one or two months, he can compete at a high level. Qualification for Tokyo 2020 is unlikely, because we have strong players like Kantaphon. Maybe by the next Olympics he will be ready.”